Resist China and stop abuses: US aid to Cambodia has conditions 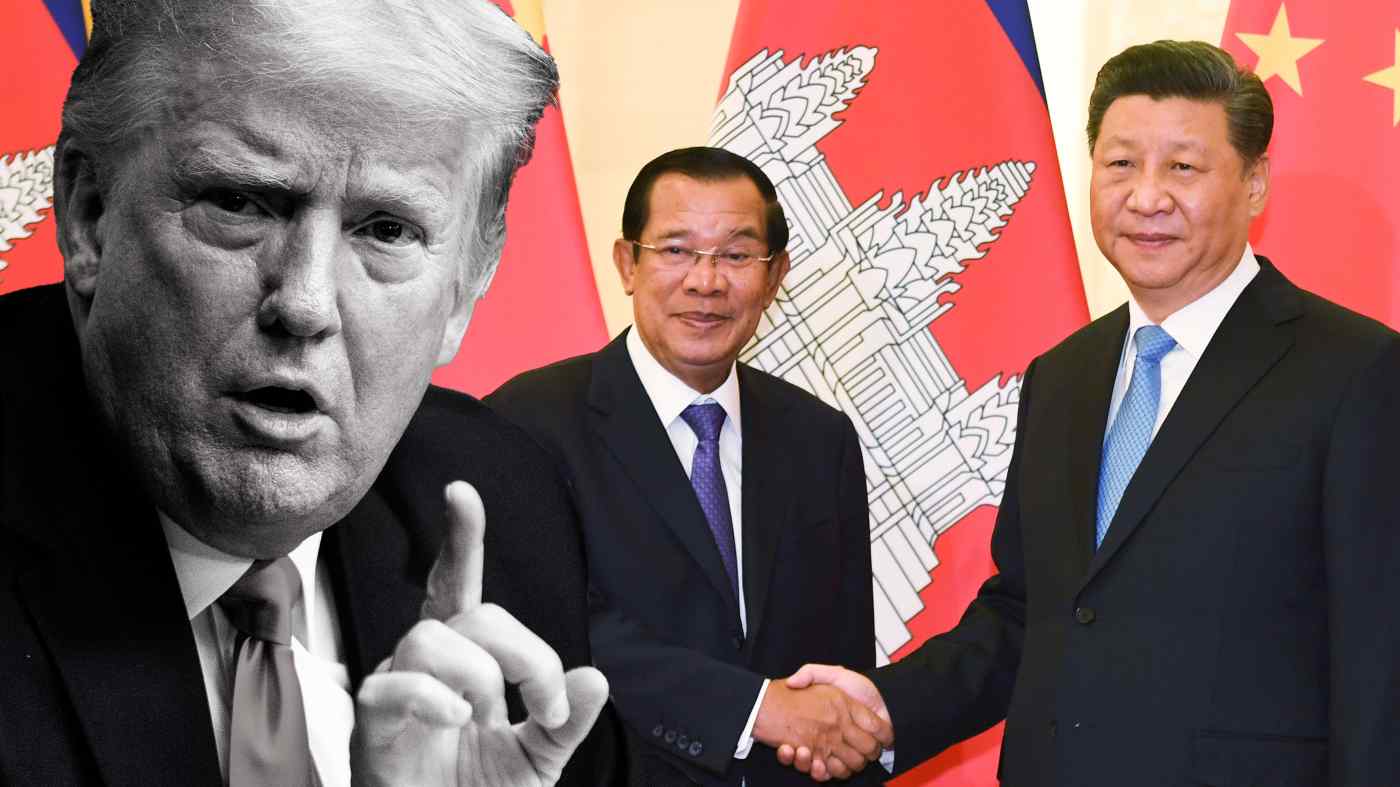 A budget bill passed by the U.S. Congress states that aid is only available if the U.S. secretary of state certifies that the government of Cambodian Prime Minister Hun Sen, center, ceases its crackdown against political opponents and "assert its sovereignty against interference by the People's Republic of China." (Source photos by Reuters and Getty images)
SHAUN TURTON, Contributing writerDecember 23, 2020 18:33 JST | Cambodia
CopyCopied

The U.S. Congress passed a $1.4 trillion budget bill on Monday that includes conditional support of at least $85 million to fund programs in the Southeast Asian country -- an aspect of the legislation panned by Trump, who still has to sign it into law.

The 5593-page draft Consolidated Appropriations Act 2021 states that the aid is only available if the U.S. secretary of state certifies that Prime Minister Hun Sen's government ceases its crackdown against political opponents and critics and "assert its sovereignty against interference by the People's Republic of China."

The new requirements appear to apply to cash to help Cambodia's government. Education, health and democracy-promotion programs -- many run by NGOs -- are exempt.

The conditions follow expressions of concern from U.S. officials about the potential for China to host military assets in Cambodia. Hun Sen and senior Beijing officials have repeatedly denied such plans exist.

At the center of U.S concerns has been the Ream Naval Base on the Gulf of Thailand, where new satellite images show further work underway to prepare for an expansion of the facilities. A senior Navy official told Nikkei Asia in October that the work was being funded by the Chinese government.

Speculation has also surrounded Dara Sakor, a coastal tourism development by a Chinese company recently sanctioned by the U.S.

The U.S spending bill states that Cambodia must be able to verify that Ream Naval Base, other military installations, and "dual use facilities such as the Dara Sakor development project" maintain their neutrality.

It also states that Cambodia must "strengthen regional security and stability" regarding territorial disputes in the South China Sea.

Cambodia, Beijing's closest ally in the region, has been accused of acting as a China proxy within the Association of Southeast Asian Nations on matters concerning the contested waters.

Passed with support from both the Democrats and Republicans, the bill will soon be sent to Trump.

However, in a video posted to Twitter on Tuesday, the outgoing president threatened to withhold his signature from the legislation. In the four-minute clip, Trump conflated the government spending package and COVID relief measures, and criticized giving money to countries like Cambodia.

Cambodia and the region has witnessed a steady increase in competition between the U.S and China.

The US budget bill allocates $300 million for establishing a "countering Chinese influence fund" to combat the "malign influence" of the Chinese government, the Chinese Communist Party and "entities acting on their behalf" globally.

In Cambodia, funds will be used for "programs in the Khmer language" to "monitor, map, and publicize the efforts by...China to expand its influence" in the country.

He said the U.S, or any country, was welcome to also contribute to the Ream base upgrade and arrange ship visits when the new port was complete.

"Whoever likes to support the project, please, we welcome. We don't let anyone build a military base but for just visiting, we welcome."