Lavrov proposes gathering of general staffs of the eight countries. 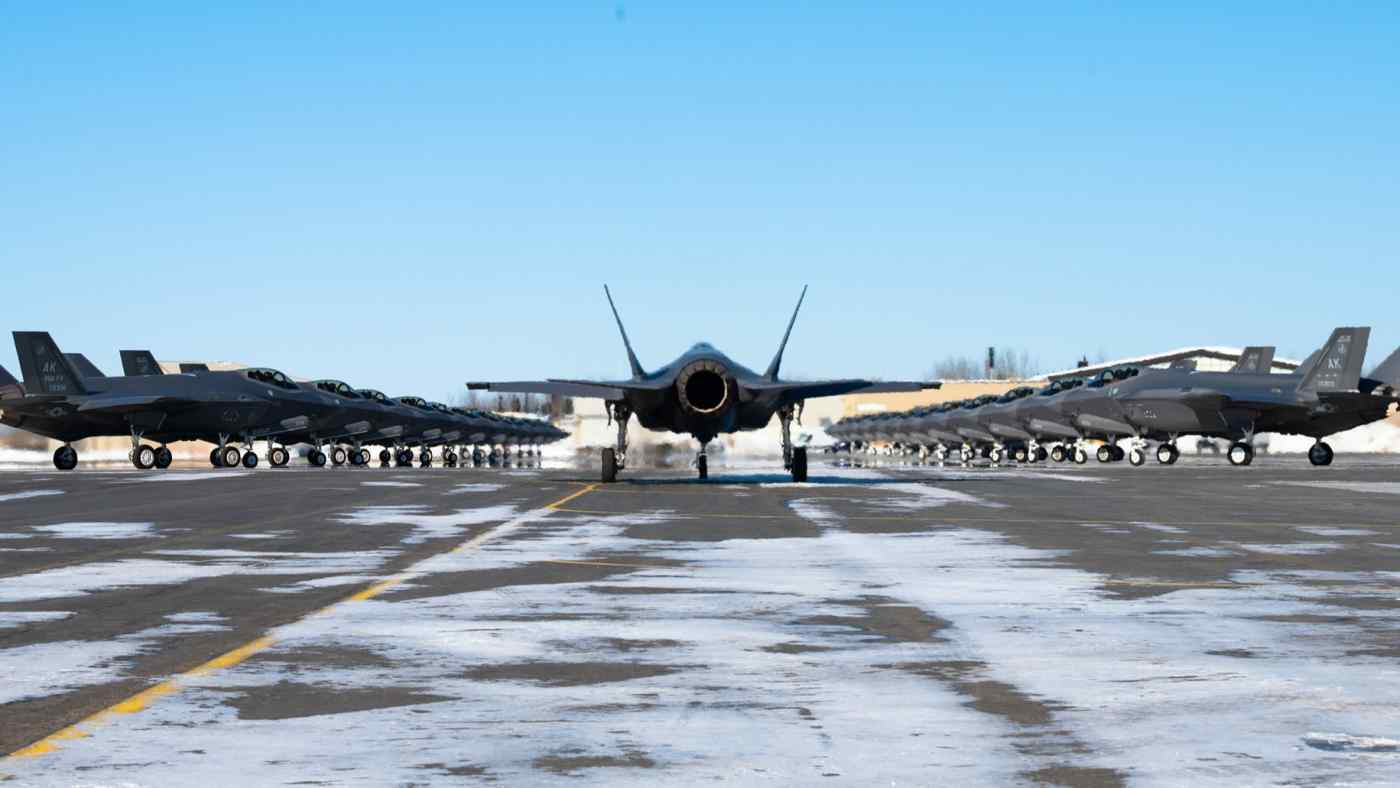 Twenty five F-35A Lightning IIs assemble on the flight line prior to taking off during an exercise at Eielson Air Force Base, Alaska on April 7. (Photo courtesy of the U.S. Air Force)
May 21, 2021 01:50 JST | Russia & Caucasus
CopyCopied

COPENHAGEN (Reuters) -- Russian Foreign Minister Sergei Lavrov on Thursday urged Arctic states to resume high-level military meetings amid growing tension in the region and expressed concern about the deployment of foreign troops in Norway near the Russian border.

As a warming climate is opening up the Arctic for shipping, fishing, drilling and mining, Russia has beefed up its military presence there and the United States is carrying out more naval exercises.

"It is important to extend the positive relations that we have within the Arctic Council to encompass the military sphere as well," Lavrov said in a speech at an Arctic Council meeting in Reykjavik.

Military matters are not covered by the Arctic Council, which was created in 1996 to establish peaceful dialogue between Arctic states and indigenous people on issues such as environmental protection and sustainable development.

Annual meetings between armed forces chiefs from Arctic states were halted in 2014 following Russia's annexation of Crimea. Russia has not participated in another forum, the Arctic Security Forces Roundtable, since 2014.

Lavrov proposed starting with a meeting of military experts from the general staffs of the eight Arctic countries.

Russia takes over the chairmanship of the Arctic Council this year.

Lavrov also voiced concern over NATO-member Norway, which shares a short border with Russia and last month allowed the United States to build facilities at three Norwegian airfields and a naval base.

"We are concerned about what is going on close to our border with Norway," Lavrov said.

Relations between Norway and Russia gradually improved in the post-Cold War era before suffering a setback when Moscow annexed Crimea. That led to a military build-up on both sides of the border and more frequent military maneuvers.