Officials launch peace talks ahead of Abe-Putin summit on Jan. 22 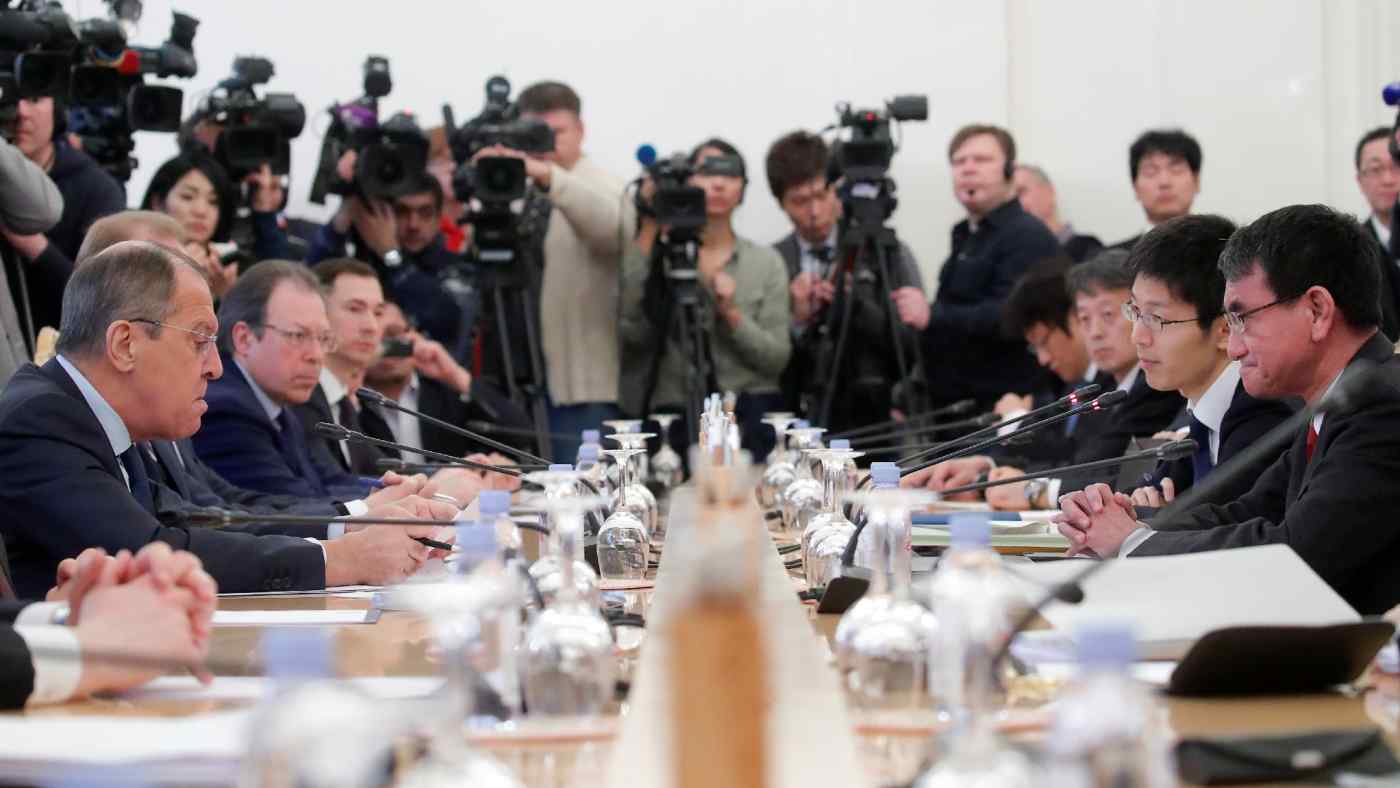 The ministers were seeking progress before a summit between Japanese Prime Minister Shinzo Abe and Russian President Vladimir Putin. Kono revealed Monday that the summit will be held Jan. 22 in Moscow. The foreign ministers plan to meet next in February on the sidelines of an international conference in Munich.