Seoul is considering alternative options as spat with Tokyo drags on 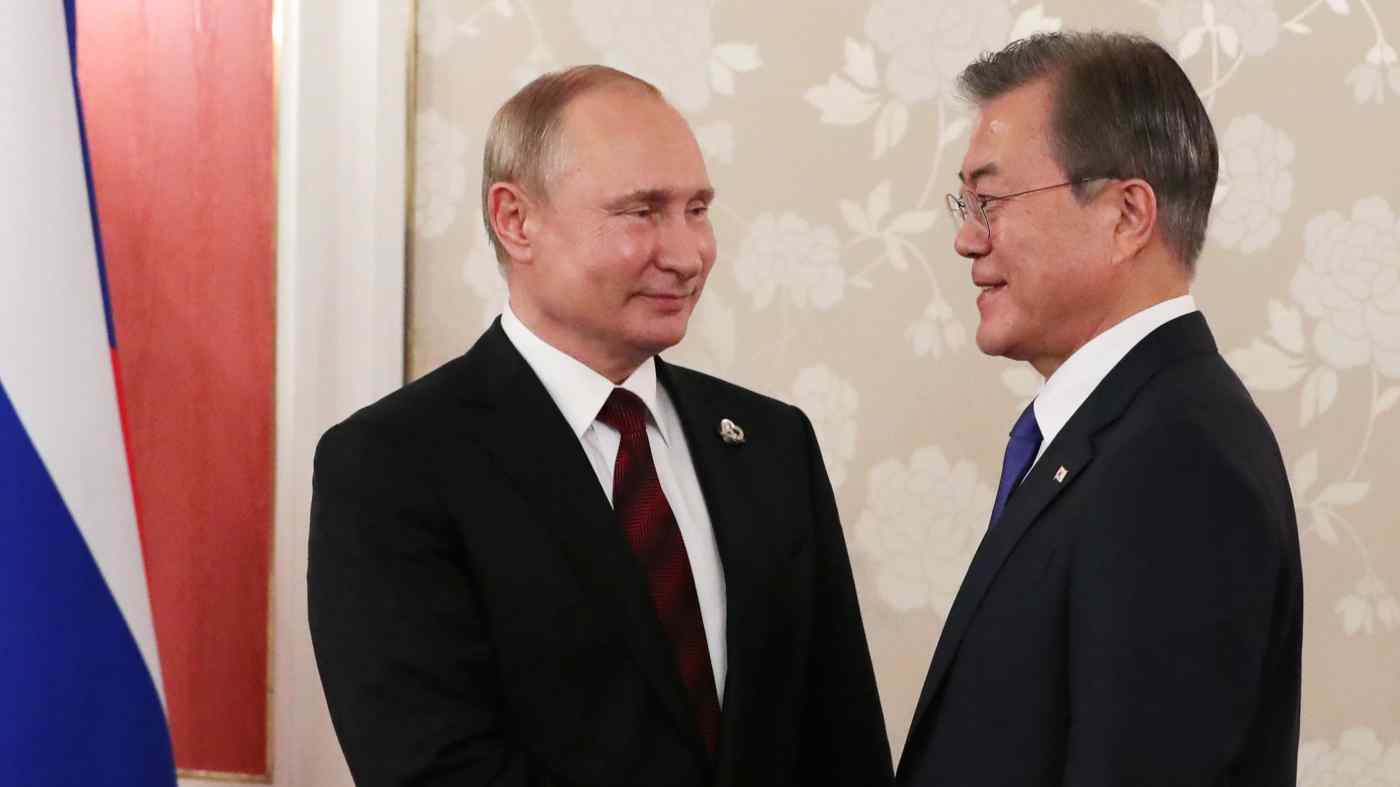 SEOUL -- Russia is offering to supply etching gas to South Korea, in a move that could help Seoul get around Japanese restrictions on exports to its neighbor of the key element for semiconductor production.

The move comes amid heightened tensions between the two U.S. allies. Japan last week tightened restrictions on the export of three materials used in smartphone displays and chips. The move appears to stem from Tokyo's frustration at what it sees as Seoul's failure to prevent its courts from ordering Japanese companies to pay compensation for forcing Koreans to work for them during before and after World War II.

Hydrogen fluoride is a vital chemical in the industry that is used to cut off unnecessary parts of semiconductor circuits. South Korea is home to the world's two largest memory chip makers: Samsung Electronics and SK Hynix.

Blue House spokeswoman Koh Min-jung said on Wednesday that business leaders told President Moon Jae-in that the country should reduce reliance on Japan in the parts industry. Instead, they said, South Korea should strengthen cooperation with Russia and Germany -- two countries with expertise in the chemical sector.

Moon invited 34 corporate leaders to the Blue House to listen to their views on the current economic situation, especially on Japan's export restrictions.

Japan accounted for 43.9% of total etching gas imports in the first five months this year, according to data from Korea International Trade Association. Japan's Stella Chemifa is a key producer of hydrogen fluoride.

Also Friday, South Korea called for an international investigation into what it said were accusations by Japanese officials that Seoul passed on some hi-tech materials imported from Japan to North Korea in violation of U.N. sanctions.

Seoul has pointed to its interceptions of illegally exported sensitive materials to discredit Japan's claim that South Korea lacks a proper monitoring regime.

South Korean Foreign Minister Kang Kyung-wha discussed the situation with U.S. Secretary of State Mike Pompeo by phone on Wednesday. Kang expressed concerns over the Japanese controls, which she said will disrupt global supply chains and harm not only American companies, but also the global trade order.