MOSCOW/BEIJING -- Russia is beefing up its strategic partnership with China by embarking on ambitious projects in areas such as space exploration, resource development and military support.

Closer links between Moscow and Beijing could change the global geopolitical landscape in a significant way by creating a new, larger, hostile rival to the U.S.

Among the high-profile and high-cost projects include the construction of a moon base and a second pipeline to transport Russian natural gas to China.

The two space technology powerhouses are discussing plans to pool resources for collaborative lunar operations, according to an article by RIA Novosti that quoted a source in the Russian space and rocket sector.

A bilateral group is working on lunar cooperation plans, including drawing up blueprints for a shared base and separate bases, according to RIA.

If China and Russia team up to launch a lunar mission, they would effectively be throwing down the gauntlet to the U.S., which has been working on its Artemis program to land humans on the moon again by 2024.

Roscosmos, also known as the Roscosmos State Corp. for Space Activities, the coordinating hub for space activities in Russia, declined to comment when approached by Nikkei.

Ivan Kosenkov, portfolio manager at Skolkovo Foundation which is focused on startups and businesses in advanced manufacturing technologies, nuclear and space technologies said Sino-Russian space plans are viable and the only question was how much money the two were willing to shell out. 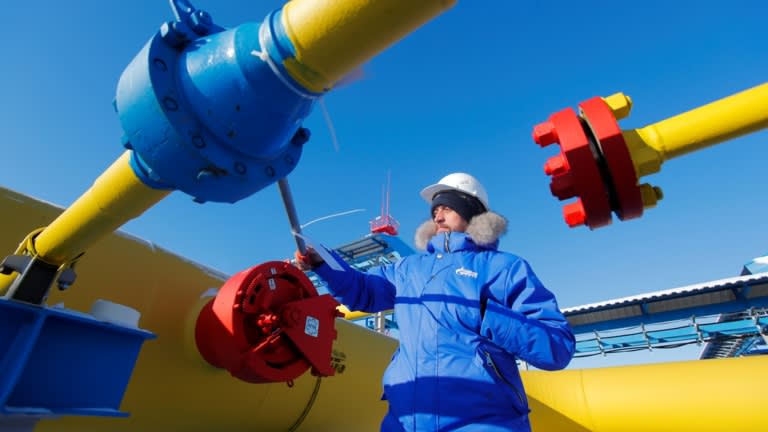 Gazprom already operates the Power of Siberia pipeline, which came on stream in December with shipment capacity reaching 38 billion cu. meters a year, or about 20% of China's annual liquefied natural gas imports.

The envisioned Power of Siberia 2 will have the capacity to export up to 50 billion cu. meters a year.

The first pipeline was built at an estimated total cost of 1.1 trillion Russian rubles ($15.1 billion). Moscow is keen to launch a new natural resources project to stoke economic growth, which has been hammered by cheaper oil and gas and the coronavirus pandemic.

Russia is likely to start serious talks with China over the new pipeline project as soon as natural gas prices start recovering. The Kremlin views cooperation with China in resource development as vital to its energy security strategy.

In the military sphere, Russia is supporting China's efforts to build an early warning system to detect missile attacks from enemies. Russian President Vladimir Putin said it will be a "purely defensive" system, stressing that Moscow is not seeking a military alliance with Beijing. But Russia's support for China in this project seems designed to counter pressure from the U.S., which is enhancing its military deployment capabilities in the Asia-Pacific region.

The Putin administration views a stronger strategic partnership with China as crucial to its efforts to ensure that the nation's economy recovers from the damage it has suffered from a steep decline in oil prices and the pandemic.

Europe, which has been hit harder than China by the spread of the virus, has also little choice but to build closer economic ties with China, said Alexander Gabuev, a senior fellow and chair of the Russia in the Asia-Pacific Program at the Carnegie Moscow Center.

The U.S. is wary of China and Russia as separate entities, regarding the two powers as "strategic competitors" that challenge the existing world order. As an alliance, the two countries pose an even bigger threat to the U.S., analysts said.