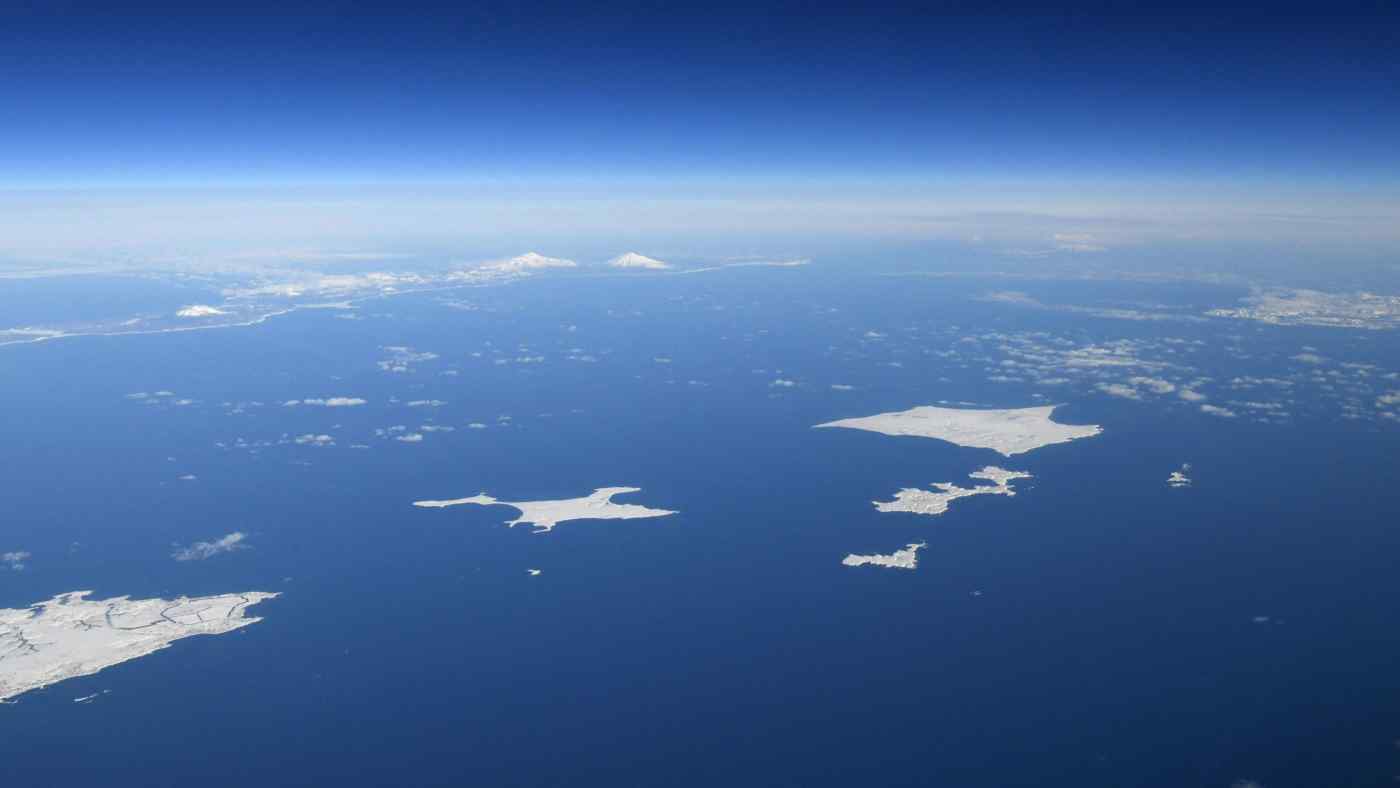 Russia says it conducted the first drill on the disputed islands off Japan's northernmost main island of Hokkaido since its foreign ministry announced it would suspend territorial talks with Japan.   © Kyodo
March 26, 2022 09:53 JST | Russia & Caucasus
CopyCopied

TOKYO (Kyodo) -- The Russian military said Friday it has started a military exercise involving more than 3,000 troops on a chain of islands including those disputed with Japan, Russian news agency Interfax reported.

It is the first drill on the disputed islands off Japan's northernmost main island of Hokkaido since Russia's Foreign Ministry announced earlier this week it will suspend territorial talks with Japan. Russia is withdrawing from the talks over Tokyo's sanctions against Moscow in the wake of the invasion of Ukraine.

Some hundreds of military vehicles are participating in the drill under a scenario of launching a counterattack against enemy forces attempting to land.

Russia is seen as building up its forces on the islands, called the Northern Territories by Japan and the Southern Kurils by Russia. The territorial dispute has prevented the two countries from concluding a postwar peace treaty.

Japan claims the Soviet Union illegally seized the four islands -- Kunashiri, Etorofu, Shikotan and the Habomai group of islets -- soon after Japan's surrender in World War II in August 1945, while Moscow argues the move was legitimate.