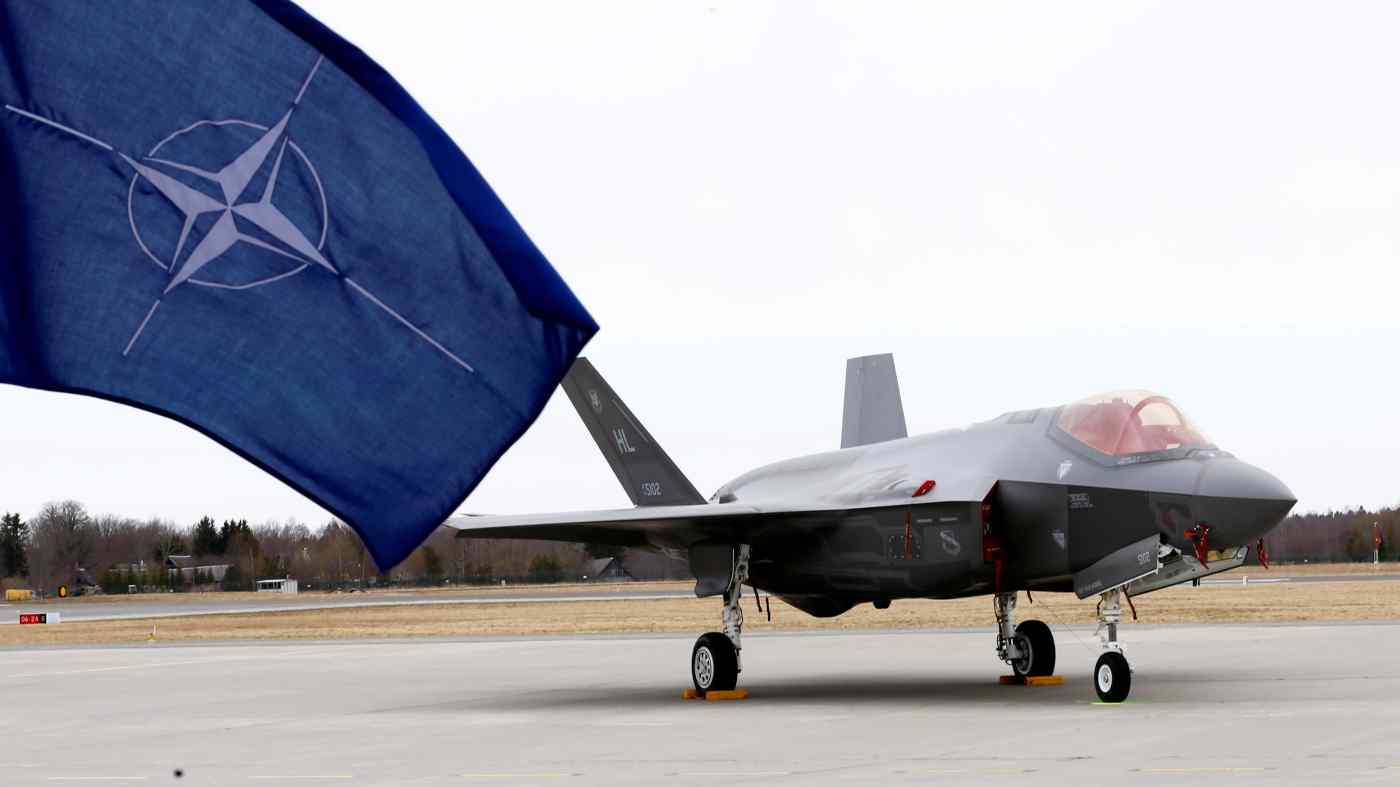 A U.S. Air Force F-35A fighter at Amari air base in Estonia: Russia is demanding a "return to the condition as of 1997, " when NATO began admitting former Warsaw Pact countries.   © Reuters
January 22, 2022 00:13 JST | Russia & Caucasus
CopyCopied

MOSCOW/LONDON (Financial Times) -- Russia wants Nato to remove all of its forces from Bulgaria, Romania and other ex-communist states in eastern Europe that joined the alliance after 1997, the foreign ministry said on Friday, underlining Moscow's hardline position ahead of security talks with the US in Geneva.

Sergei Lavrov, Russia's foreign minister, said in a written Q&A on the ministry's website that Russia's demands included "withdrawing foreign forces, equipment, and armaments and making other steps to return to the condition as of 1997", when Nato began admitting former Warsaw Pact countries.