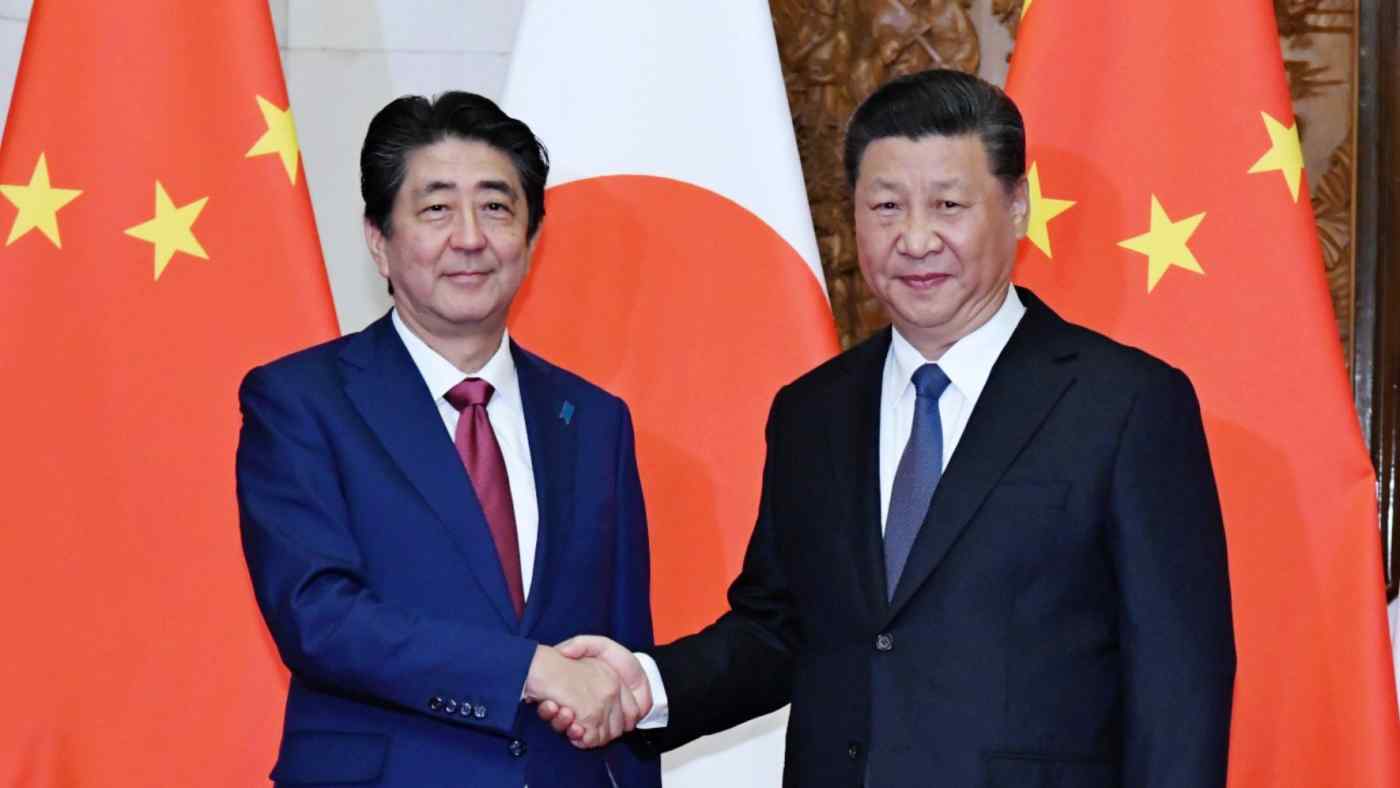 TOKYO -- Japan and China are working to improve ties through joint infrastructure projects abroad, but cooperation on a Thai railroad -- a centerpiece of that effort -- has already suffered.

CP Group's allies included state-owned China Railway Construction, while Japan's Itochu and Hitachi bowed out despite speculation that they would join the Thai conglomerate's team. The winner of the project will be determined soon.

The troubles were foreshadowed at an infrastructure collaboration forum during the summit between Japanese Prime Minister Shinzo Abe and Chinese President Xi Jinping in Beijing on Oct. 26. The Thai rail project was dropped from a memorandum of cooperation on 52 joint projects signed by companies from both countries.

The 220 km stretch of track will run southeast from Bangkok to connect the three airports in one hour. The project is a centerpiece of Thailand's Eastern Economic Corridor -- a coastal development zone -- as well as its third planned high-speed rail, along with a northeast line along the border with Laos and a northern one from Bangkok to Chiang Mai. Thailand's Prime Minister Prayuth Chan-ocha inspects a high-speed train model. The rail project was viewed as a potential means for Bangkok to balance its ties with China and Japan.   © Reuters

China is helping to build the northeast line while Japan is cooperating on the northern line. The two countries were jostling for influence over the remaining airport link project until May, when they began to explore cooperation.

"Japan will take the initiative to advance Sino-Japanese cooperation," Tadashi Maeda, who was deputy governor of the Japan Bank for International Cooperation before becoming its head, told Thai Prime Minister Prayuth Chan-ocha on May 3. The statement was welcomed by the Thais as they struggled to balance relations between Tokyo and Beijing.

Days later on May 9, Abe and Xi met in Tokyo, where they agreed to set up a public-private committee to promote cooperation in third countries. The Thai airport link was seen as an ideal project for the effort. A seminar was held in Bangkok on May 31 to discuss Sino-Japanese collaboration.

"Vietnam has issues with China in the South China Sea, and Indonesia granted China a high-speed rail project that was expected to be awarded to Japan, while India is wary of Belt and Road projects," said an official of the Japanese Ministry of Economy, Trade and Industry. "Thailand was just right."

The countries also had a ready-made blueprint for cooperation involving CP Group, Itochu and China's state-owned Citic. Itochu and CP Group, which formed a cross-shareholding relationship in 2014, jointly invested in a Citic affiliate in 2015.

But Tokyo's plans soon reached an impasse after Itochu backed out of the CP Group team due to risk concerns.

The high-speed rail is expected to cost 220 billion baht ($6.71 billion), with most of that burden shouldered by the private sector and weak forecasts for demand. "Large deficits would be inevitable," said a source close to the matter.

The Japanese side proposed a semi-high-speed rail to shrink construction costs, but the Thai government insisted that the three airports be connected in one hour.

For CP Group, the project could plug its deficits through redevelopment projects around major stations and higher prices for land hosting its shrimp farms. China's state-run enterprises, for their part, have a higher risk tolerance than private-sector Japanese companies.

Ultimately, CP Group added China Railway Construction to its consortium and is expected to bring on more companies, including Citic, if it is awarded the contract.

Itochu eventually dropped from the project, and Hitachi opted out as well. China is once again set to grab an infrastructure project in Southeast Asia from Japan's hands.

There is also a sense that the list of 52 cooperation projects agreed on at the Beijing summit was hastily prepared. Japanese companies complained that they are already working on projects that call for Chinese cooperation without being told to do so. The fanfare around Sino-Japanese infrastructure collaboration will fizzle out if the private sector remains unwilling to follow Tokyo's lead.