President also met with auto executives amid tensions over tariffs 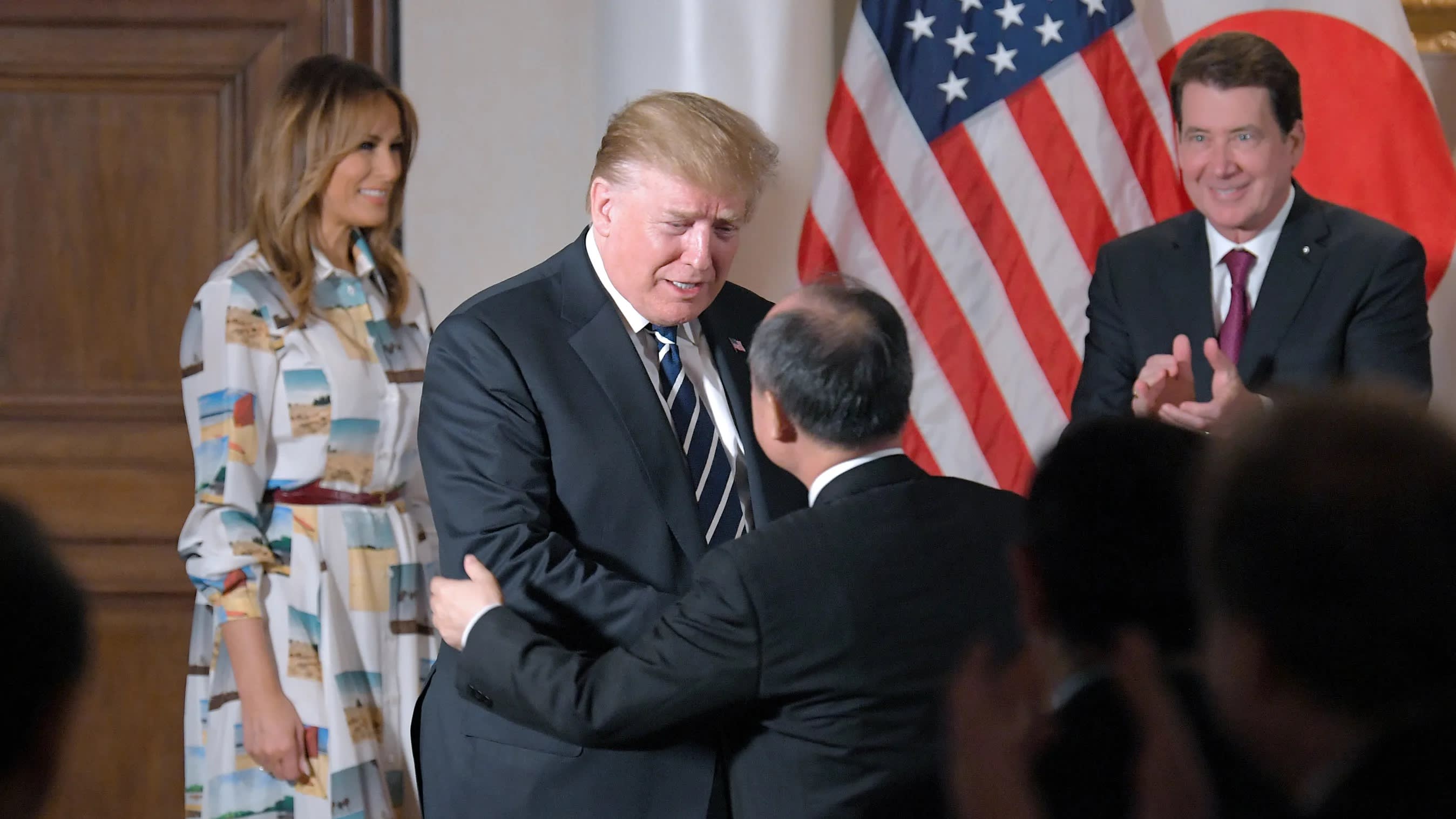 Trump arrived a little after 6 p.m., greeted with a standing applause from the other attendees. He then shook hands with Son, who was standing right in front of him.

In his speech, Trump introduced SoftBank's investments in the U.S. Son's right hand shot up at the mention, responding with: "more!" The president thanked Toyota and auto parts maker Denso for their U.S. investments as well.

"Last month, SoftBank joined Toyota in announcing a $1 billion investment to help Uber develop self-driving cars and technology," Trump said. "Self driving cars are becoming a bigger and bigger thing. It's the future."

"If you join in seizing the incredible opportunities now before us in terms of investing to the United States, I think you're going to see tremendous return on your investments," he said.

After the speech, a smiling Son approached Trump again. Toyoda -- whose company recently issued a statement strongly rebutting Trump's claim that auto imports pose a national security threat -- could then be seen chatting with him.

SoftBank has been trying to merge wireless subsidiary Sprint, the U.S.'s fourth largest carrier, with T-Mobile US, the third biggest player. While the head of the Federal Communications Commission, the U.S. regulator, has endorsed the deal, the companies are still awaiting the green light from the Justice Department.

The leaders of five automakers, including Toyoda and Nissan Motor President and CEO Hiroto Saikawa, were in attendance as the U.S. and Japan butt heads over tariffs on car imports during trade negotiations.

Trump apparently circled the meeting table to shake hands with each business leader, according to one participant. He spoke to each person about how their businesses were doing for one to two minutes, asking them to invest in the U.S. and relay any problems to Ambassador William Hagerty.

Attendees were careful about discussing duties on auto imports, but topics like tariffs or the trade war were not mentioned.

"He arrived at the event right after landing from the airport and met with each company individually. That is something only a former businessperson could do," said one executive.