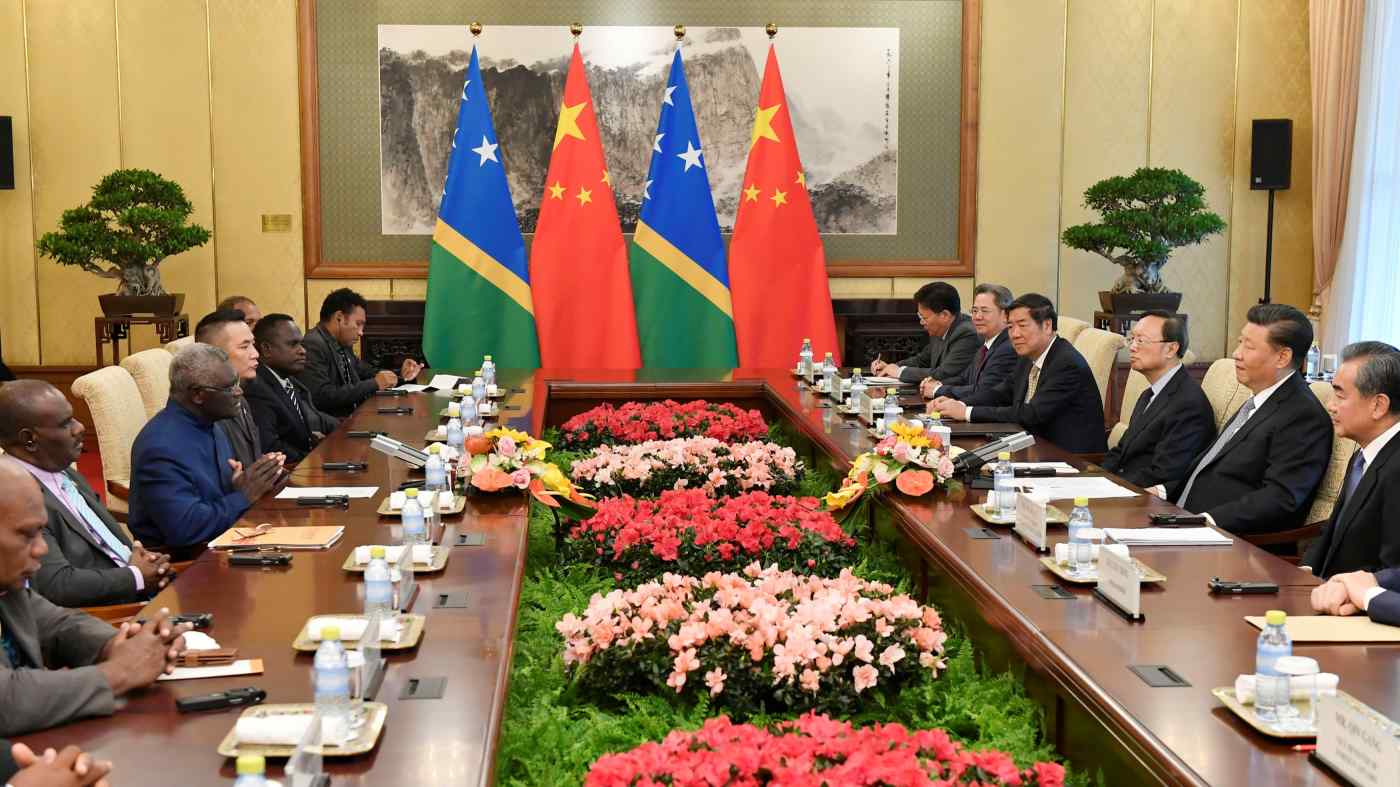 SYDNEY (Reuters) -- Solomon Islands Prime Minister Manasseh Sogavare said the backlash to his country's security negotiations with China was "very insulting," in his first comments on a proposed security treaty.

Sogavare told his parliament on Tuesday a leaked security document with China was a draft and he would not give details on the content of any proposed deal.

"We are not pressured in any way by our new friends and there is no intention whatsoever to ask China to build a military base in the Solomon Islands," he said.

He added that Solomon Islands had previously asked Australia to build a naval base and this was refused, because Australia said it was inappropriate given its defense program with Papua New Guinea.

"We have no intention, Mr. Speaker, of pitching into any geopolitical power struggle," he said, adding the Pacific islands nation would not "pick sides".

Australia, New Zealand and the United States have expressed concern about the potential for a security pact between the Pacific island and China which could lead to a military base. New Zealand Prime Minister Jacinta Ardern said on Monday it was a "potential militarization of the region".

Sogavare said he had exchanged text messages with Australian Prime Minister Scott Morrison on the matter and also had written him a letter on Tuesday morning.