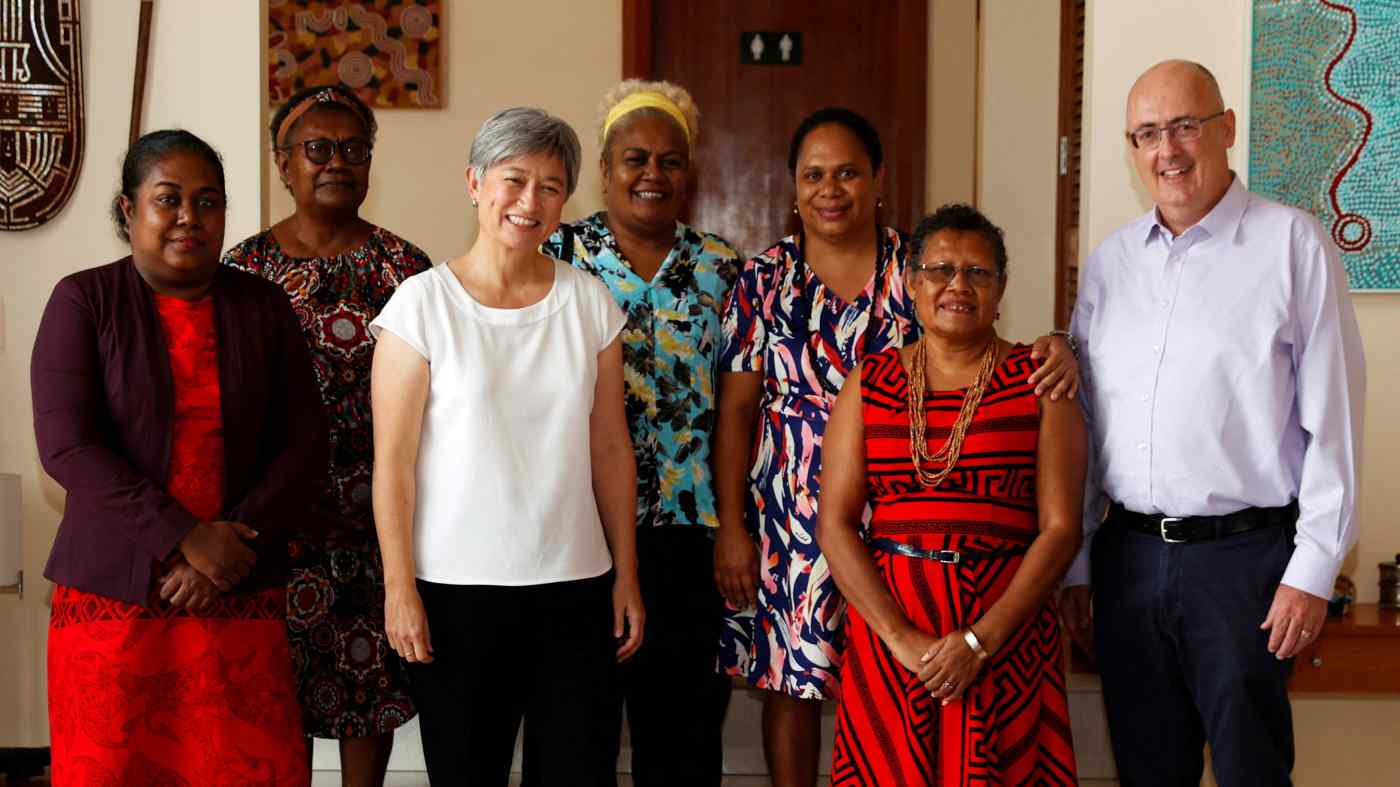 Australian Foreign Minister Penny Wong, third from left, poses for a photo with other dignitaries on June 17 during a visit to the Solomon Islands.    © Reuters
June 17, 2022 19:58 JST | Australia
CopyCopied

SYDNEY (Kyodo) -- Solomon Islands Prime Minister Manasseh Sogavare assured Australia on Friday that there will be no regular Chinese military presence in the country, following the signing of a controversial security pact between China and the South Pacific island nation.

The agreement signed in April reportedly allows the deployment of Chinese police, military and other armed personnel, as well as the docking of the Asian nation's ships in the islands, stoking concerns in Australia, the U.S. and other countries of a permanent Chinese military presence in the region.

"I welcomed Prime Minister Sogavare's reassurances that there will not be a military base nor persistent foreign military presence here in Solomon Islands," Australian Foreign Minister Penny Wong told reporters after a meeting with him in the Solomon Islands capital Honiara.

Wong also welcomed the assurance from Sogavare that Australia "remains Solomon Islands' first security partner of choice and first development partner of choice," as the competition for influence between China and the West continues in the Pacific.

In the meeting, Sogavare and Wong discussed a number of issues including regional security, health, labor mobility and climate change.

Wong's visit to the Solomon Islands on Friday is her third trip to the Pacific since being sworn in as foreign minister in May, as Australia's new Labor government seeks to strengthen Canberra's ties to the Pacific amid China's push for influence in the region.