Tuesday's talks to be followed by broader meeting with US, China and others 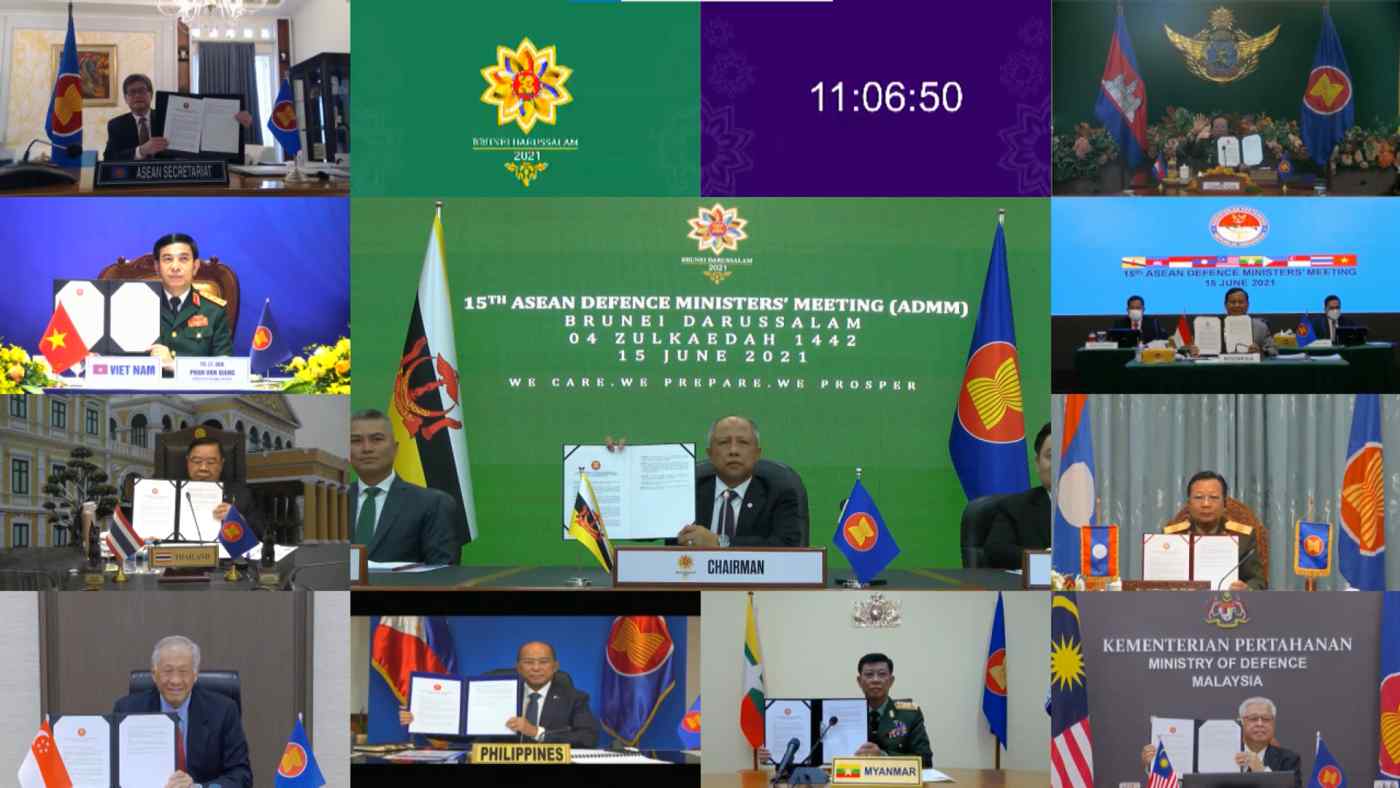 SINGAPORE -- Defense ministers from the Association of Southeast Asian Nations on Tuesday called for the early conclusion of a code of conduct for the South China Sea, as tensions rise in the region.

The ministers gathered online for a meeting hosted by Brunei, this year's ASEAN chair. The 10-member bloc will also hold an expanded discussion on Wednesday with counterparts from eight key countries, including China, the U.S., Japan and India.