China, U.S. and others see eye to eye on avoiding maritime clashes 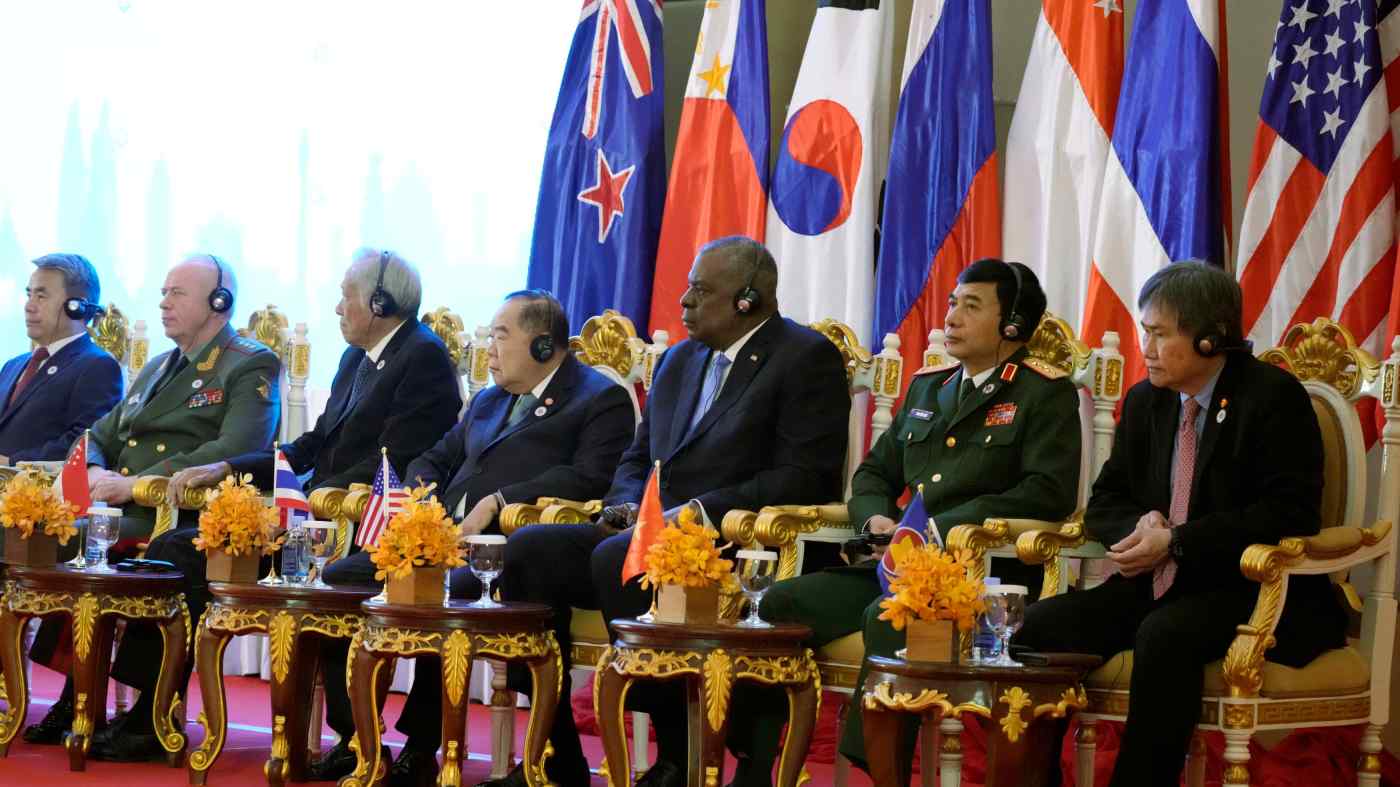 The ASEAN Defense Ministers' Meeting Plus (ADMM-Plus), hosted by Cambodia in Siem Reap, normally includes representatives from 18 countries: the 10 members of the Association of Southeast Asian Nations, plus eight "dialogue partners," of which the U.S. and China are two. But the defense minister of Myanmar, whose government was taken over by the military in 2021, was excluded this time.