Neighbors in region and US dispute Chinese claims of historical sovereignty 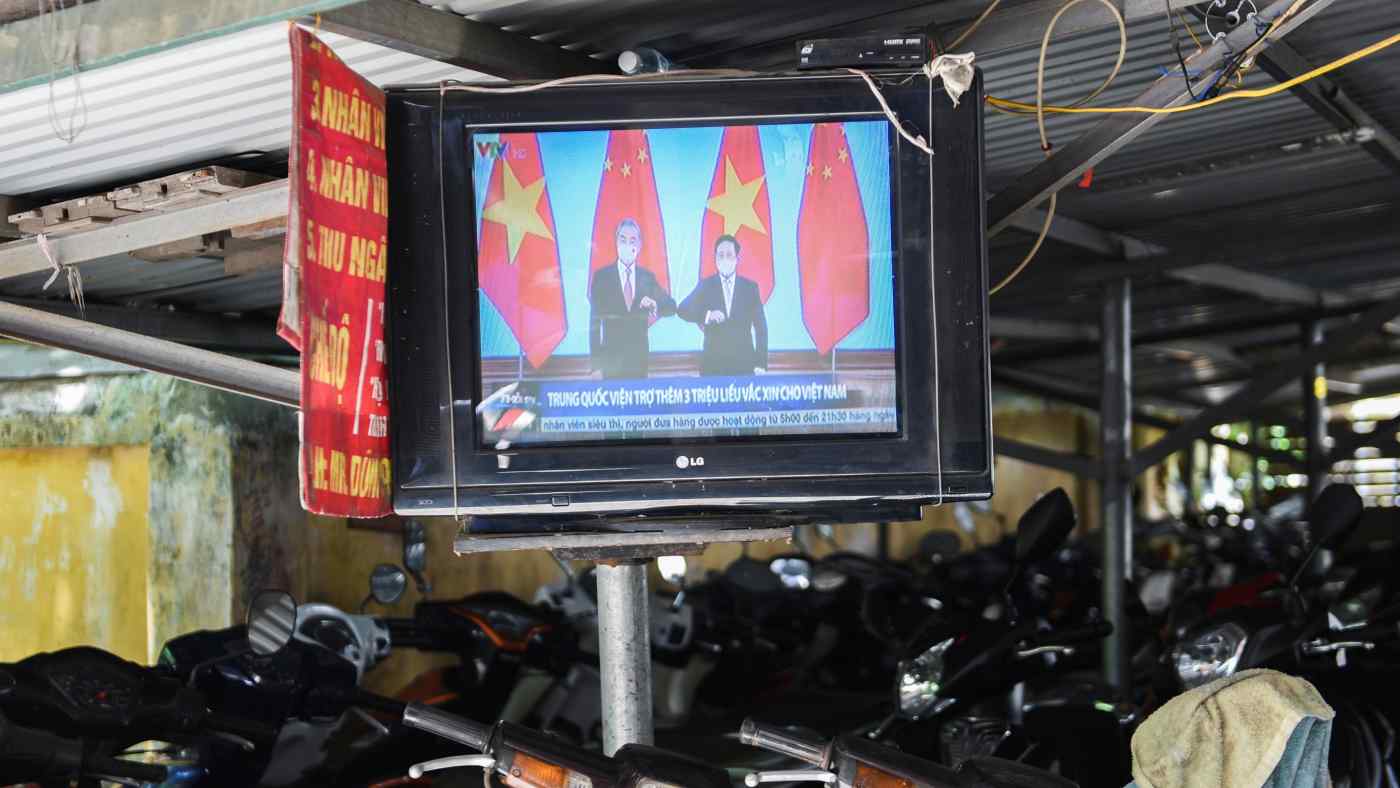 State Councilor Wang was speaking with Vietnamese Deputy Prime Minister Pham Binh Minh during a visit to Vietnam, the ministry said in a statement on Saturday.

The Vietnamese prime minister said in a meeting with the Chinese ambassador just hours before Harris' visit that Vietnam did not align itself with one country against any other.

China says it has historical sovereignty over most of the South China Sea, but its neighbors and the United States say that claim has no basis in international law, including the 1982 United Nations Convention on the Law of the Sea (UNCLOS), to which China is a signatory.

Beijing's claim overlaps with Vietnam's exclusive economic zone, or EEZ, as well as those of Brunei, Indonesia, Malaysia, the Philippines and Taiwan. Trillions of dollars in trade flow every year through the waterway, which also contains rich fishing grounds and gas fields.

Wang said the two countries should cherish the hard-won peace and stability achieved in the South China Sea and be vigilant to resist the intervention of extraterritorial forces, the Chinese ministry's statement said.

Vietnam's Deputy Prime Minister Pham Binh Minh said in a government statement it was important that two countries respect each other's legitimate rights and interests, in accordance with international law and UNCLOS.