Pompeo says US will support countries whose claims have been violated 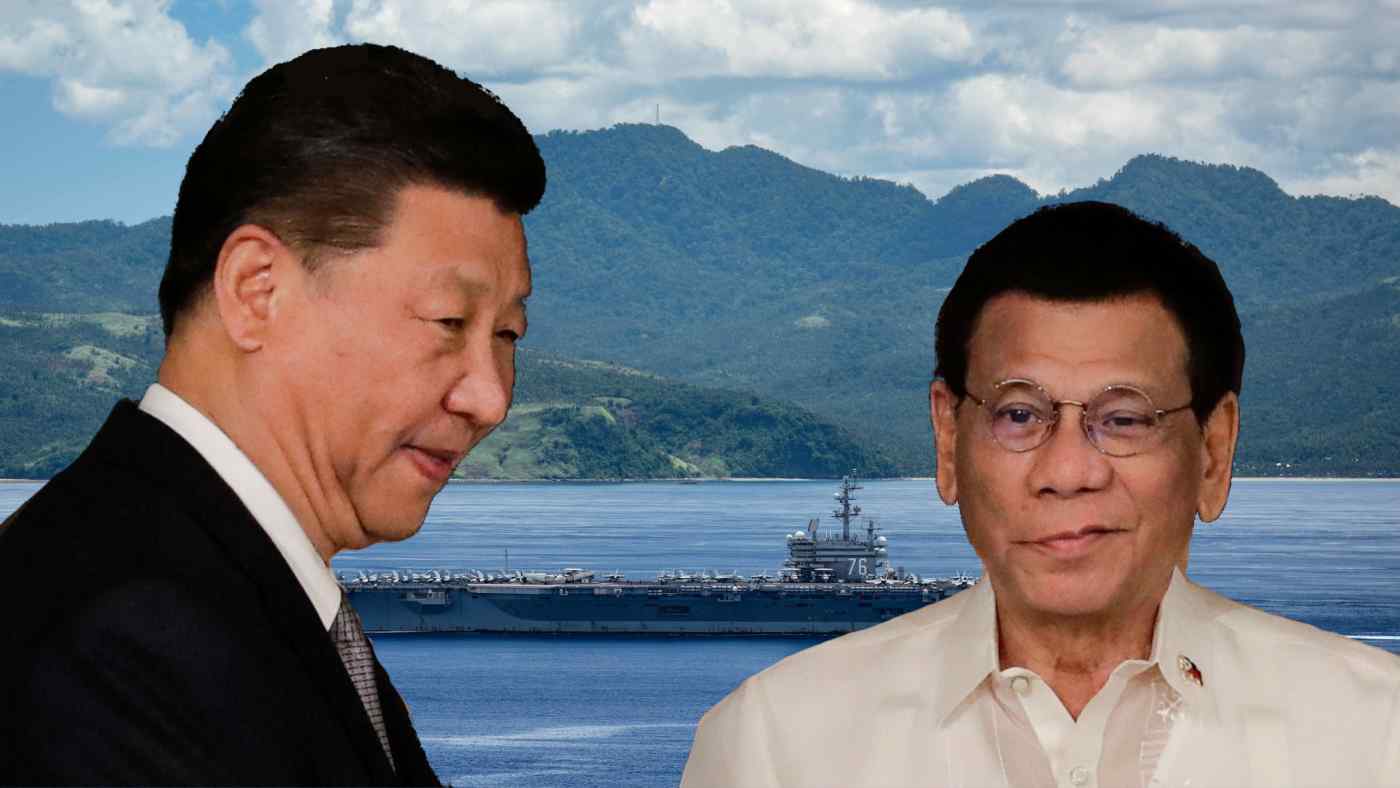 MANILA -- China and the Philippines have moved to ease tensions following their latest verbal spat over a 2016 arbitration ruling that rejected Beijing's territorial claims in the South China Sea.

Top diplomats from the two countries held a teleconference on Tuesday at the request of Chinese Foreign Minister Wang Yi, the Philippine foreign ministry announced on Wednesday.

"Both sides reaffirmed that contentious maritime issues are not the sum total of the Philippines-China bilateral relationship," Manila said in a statement.

The meeting comes amid rising tensions in the region, after U.S. Secretary of State Mike Pompeo on Monday ramped up Washington's rhetoric against China. "Beijing's claims to offshore resources across most of the South China Sea are completely unlawful, as is its campaign of bullying to control them," Pompeo said.

The meeting between Wang and Philippine Foreign Affairs Secretary Teodoro Locsin lasted for about an hour.

The Philippines said both sides agreed to "continue to manage issues of concern and promote maritime cooperation in friendly consultation" while agreeing to strengthen the two countries' comprehensive strategic cooperation.

Wang added that the statement recently made by the U.S. blatantly violated its commitment of holding a neutral position on South China Sea disputes, and is intentionally sowing discord between China and ASEAN countries in an attempt to provoke conflicts and damage regional stability. The U.S.'s flip-flopping practice will only damage its own reputation, he said, according to the Xinhua report.

Meanwhile, Pompeo said during a news briefing in Washington on Wednesday that the rejection of China's maritime claims in the South China Sea came "after extensive legal review."

Based on those legal markers, the secretary said, the U.S. will support countries that think China has violated their maritime claims.

"We will support countries all across the world who recognize that China has violated their legal territorial claims," he said. "And we’ll go provide them the assistance we can, whether that’s in multilateral bodies, whether that’s in ASEAN, whether that’s through legal responses. We use all the tools we can."

Marking the fourth anniversary of the July 12, 2016, ruling by an arbitration court in The Hague, Locsin called it a "milestone in the corpus of international law, the cornerstone of a rules-based regional and international order."

The ruling, which was never recognized by China, said Beijing's expansive claims in the South China Sea under its Nine-Dash Line demarcation have no legal basis.

"The Philippines, as a law-abiding, peace-loving and responsible member of the international community, reaffirms on this occasion its adherence to the award and its enforcement without any possibility of compromise or change," Locsin said on Sunday, referring to the ruling which he said is "nonnegotiable."

The following day, China's embassy in Manila reiterated its position, saying: "The South China Sea arbitration and its so-called award are illegal and invalid."

Philippine President Rodrigo Duterte, who took office just before the court's decision, has largely avoided the issue as he courted Beijing for investments.

The Chinese embassy urged the Philippines to "make concerted efforts with China in jointly securing the hard-won sound momentum of bilateral relations and upholding peace and stability in the South China Sea," pointing to bilateral talks, Beijing's preferred mode for dispute resolution.