Extension will give Biden time to renegotiate current agreement The extension would give Manila and Washington, which will usher in a new administration under Joe Biden as President in January, more time to discuss options for the troops deal, a key aspect of their defense alliance, an analyst said.

Duterte early this year ordered the abrogation of the 1998 agreement, which facilitates the entry of American troops into the Philippines for annual military drills, after the U.S. suspended the visa of one of his political allies.

But Manila in June suspended the abrogation for six months -- extendable by another six months -- amid heightened U.S.-China rivalry and Beijing's fresh moves in the disputed waters at the time. 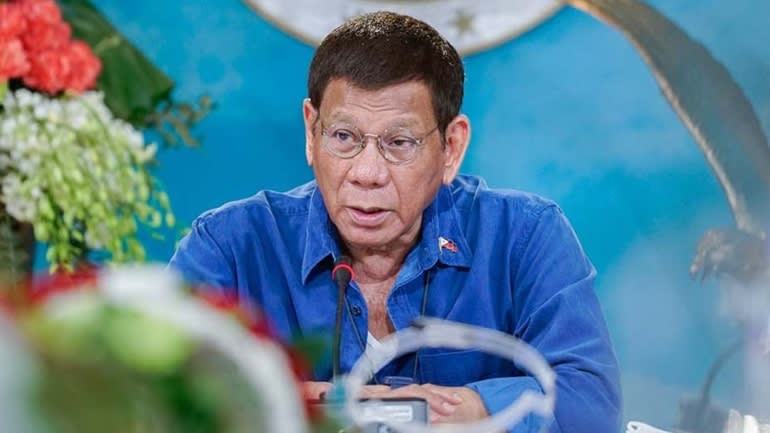 President Duterte early this year ordered the abrogation of the 1998 agreement, but subsequently suspended that decision. (Photo courtesy of government of the Philippines)

"In appreciative recognition thereof, my President, Rodrigo Roa Duterte, has instructed me to convey with the appropriate formality his decision to extend the suspension of the abrogation of the Visiting Forces Agreement by yet another six months, to enable us to find a more enhanced, mutually beneficial, mutually agreeable, and more effective and lasting arrangement on how to move forward in our mutual defense," Locsin said in a diplomatic note addressed to O'Brien.

It was not immediately clear when exactly the abrogation will take effect following Manila's latest action. But the development offers "a clean slate" for the Biden administration to negotiate to keep the VFA, said Aaron Jed Rabena, a research fellow at Manila-based think tank Asia Pacific Pathways to Progress.

"With the Biden administration in power, I think the U.S. can have a new approach in terms of convincing the Duterte administration to finally bring the VFA back on track," Rabena said. "Maintaining the alliance is an element of U.S. stature as a global leader."