Philippines says China's maritime claim only exists 'in their imaginations' 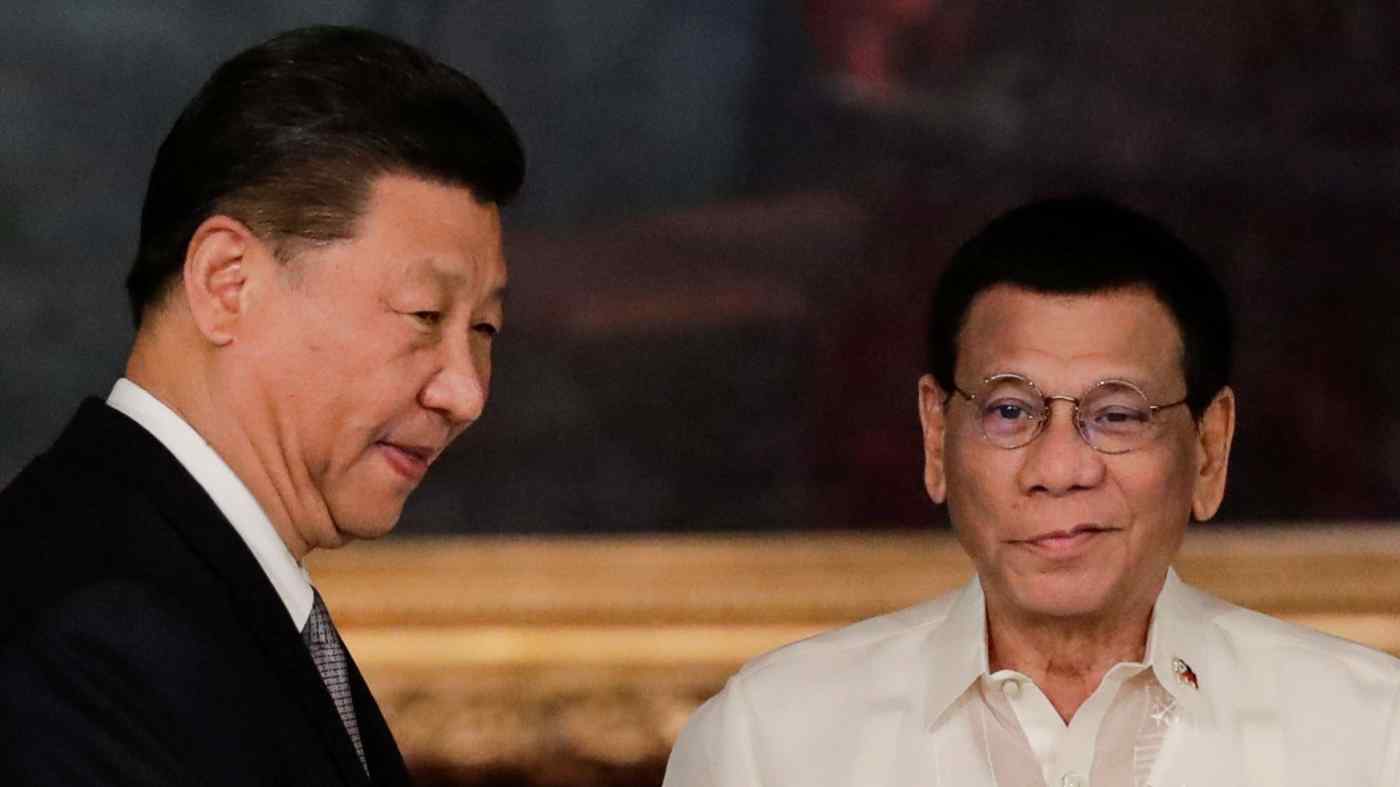 Chinese President Xi Jinping and his Philippine counterpart, Rodrigo Duterte, have been going back and forth on overlapping claims of the South China Sea.   © Reuters
CLIFF VENZON, Nikkei staff writerAugust 24, 2020 19:00 JST | Philippines
CopyCopied

Defense Secretary Delfin Lorenzana's blistering remarks on Sunday came amid a new spat over parts of the disputed waterway, which has also become central to the U.S.-China rivalry in the region.