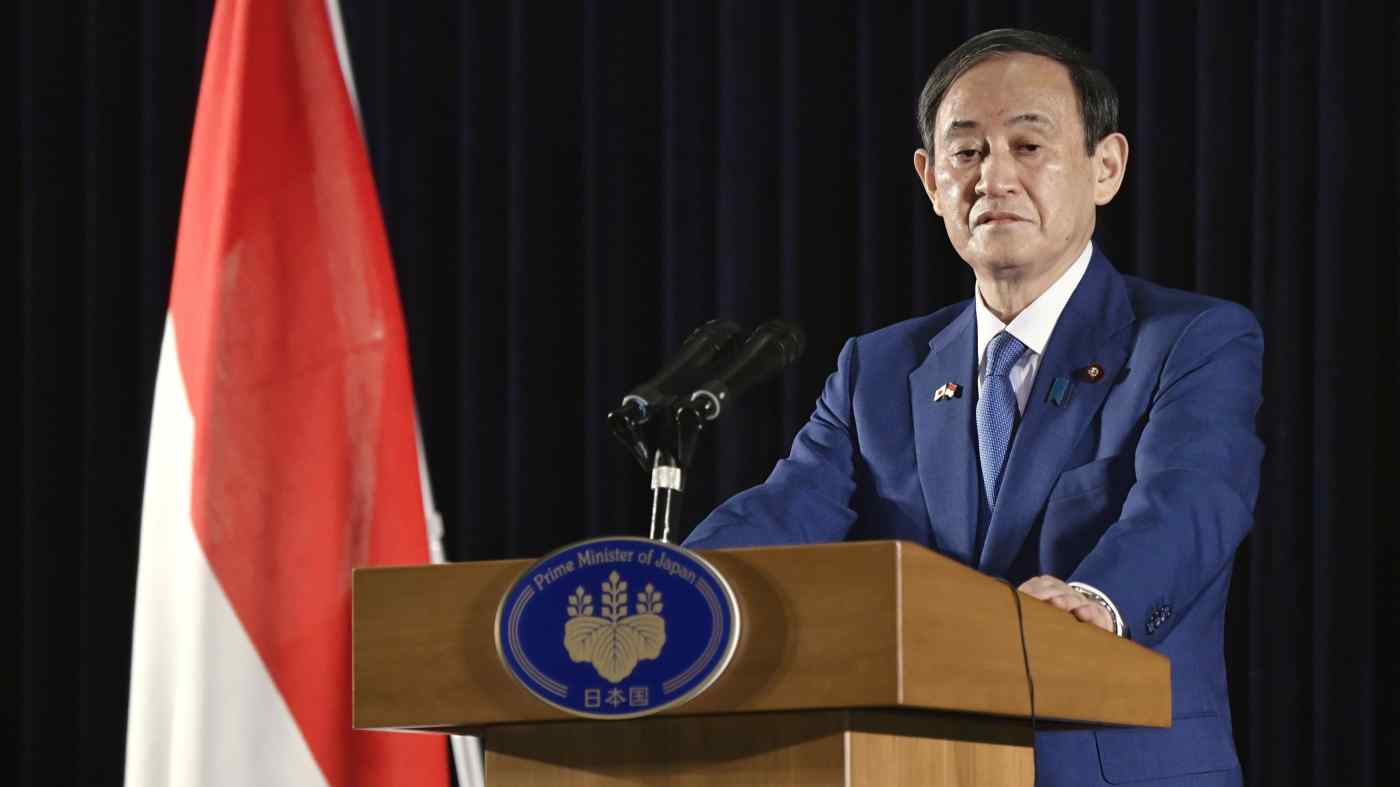 JAKARTA (Reuters) -- Japan opposes any actions that escalate tension in the East and South China Seas, Prime Minister Yoshihide Suga said on Monday as he wrapped up a trip to Vietnam and Indonesia, but he added Tokyo was not aiming at an "Asian NATO" to contain any specific country.

Suga's four-day visit to the two Southeast Asian countries, his first overseas trip since taking office last month, is part of Japan's efforts to bolster ties with key regional countries amid concerns about China's growing assertiveness in the region.

"Japan is opposed to any actions that escalate tensions in the South China Sea. Let me stress anew the importance of all the countries concerning the South China Sea issues not resorting to force or coercion, but working toward peaceful resolutions of the disputes based on international law," Suga told a news conference in Jakarta.

Suga's Southeast Asia trip follows a meeting in Tokyo this month of the "Quad", an informal grouping of India, Australia, Japan and the United States that Washington sees as a bulwark against China's growing regional influence.

China has denounced the grouping of the four democracies as a "mini-NATO" aimed at containing its development.

"Our response in the South China Sea is not aimed at any one country," Suga said, when asked if Japan wanted to create an Asian version of the North Atlantic Treaty Organization (NATO).

Suga must balance Japan's deep economic ties with China with security concerns, including Beijing's growing push to assert claims over disputed East China Sea isles. Some in his ruling party want to see a harder line, after ties warmed under his predecessor, Shinzo Abe.

Several members of ASEAN (the Association of Southeast Asian Nations) have territorial disputes with China in the vital South China Sea, but are wary of alienating the group's major economic partner and getting entangled in an intense confrontation between Washington and Beijing.

But some welcome Japan's greater engagement in the region.

Suga agreed with Indonesian President Joko Widodo on Tuesday to speed up talks on the export of Japanese defence gear and technology to Indonesia and have their defence and foreign ministers meet soon.