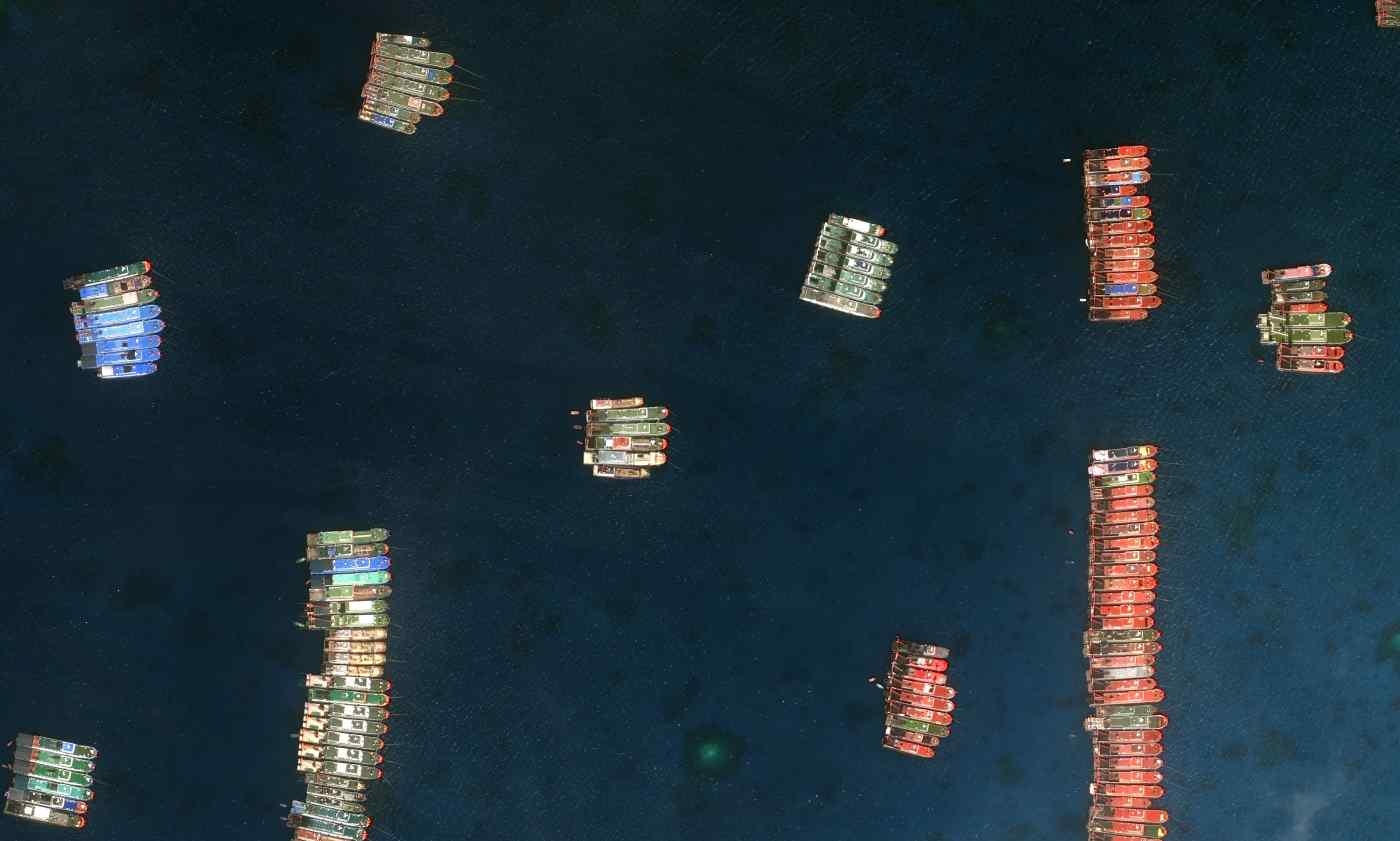 MANILA -- President Rodrigo Duterte told the Chinese envoy to Manila in a meeting that the Philippines will protect its territory amid the latest spat in the disputed South China Sea, his spokesperson said on Thursday.

Manila and Beijing have been in an impasse for nearly a week over the presence of 183 Chinese vessels in Whitsun Reef in the disputed Spratly region.

"The president repeated what he said in the United Nations [that] we will protect our territory... we believe that this issue should be resolved under the U.N. Convention on the Law of the Sea and we stand by our victory in the international tribunal," spokesperson Harry Roque said in a press conference.

Roque was referring to the 2016 arbitration ruling, which Beijing does not recognize, that invalidated China's expansive claims in the South China Sea. "In the spirit of friendship, we expect them (Chinese ships) to leave," said Roque who did not reveal when the meeting between Duterte and the Chinese envoy took place.

Chinese Ambassador Huang Xilian responded to Duterte by saying that the ships are fishing vessels, according to Roque.

Meanwhile, leader of the Armed Forces of the Philippines Lt. Gen. Cirilito Sobejana has ordered the deployment of additional Navy ships to patrol the contested waters. He had said earlier this week the 183 vessels, believed to be part of China's maritime militia, have been spotted in the Whitsun Reef, 175 nautical miles from the western Philippine province of Palawan and within the country's 200-mile exclusive economic zone.

"By the increased naval presence in the area, we seek to reassure our people of the [military's] strong and unwavering commitment to protect and defend them from harassment and ensure that they can enjoy their rights over the country's rich fishing ground which is the source of their livelihood," military spokesperson Maj. Gen. Edgard Arevalo said Thursday.

The U.S., Japan, Australia, the U.K. and Canada have issued statements expressing support for the Philippines, as well as for a "free" and "open" South China Sea.

But Beijing has insisted Whitsun is part of China and that the ships are fishing vessels seeking shelter from rough seas, and are not part of its maritime militia. "Chinese fishing vessels have been fishing in its adjacent waters for many years," the Chinese embassy in Manila said.

The presence of the ships has raised fresh concerns about Chinese activities in the disputed waters, where Beijing has reclaimed seven artificial islands and build military infrastructure on them. Apart from the Philippines, Brunei, Malaysia, and Vietnam also have claims in the South China Sea.

Meanwhile, the U.S. embassy in Manila said China was using "maritime militia to intimidate, provoke, and threaten other nations, which undermines peace and security in the region."

The embassy said on Tuesday: "We stand with the Philippines, our oldest treaty ally in Asia."

The Chinese embassy, meanwhile, hit back at U.S., which it said was not a party to the South China Sea issue. "Fanning flames and provoking confrontation in the region will only serve the selfish interests of individual country and undermine the regional peace and stability," the Chinese embassy said.

Despite the maritime dispute, Duterte has forged closer economic ties with China, which has promised investments and recently donated 1 million doses of COVID vaccines to the Philippines.

On Wednesday, opposition Sen. Risa Hontiveros called on the Duterte administration to "unanimously denounce the incivility of China," which she said was putting the country's fishing communities "in grave danger."

Hontiveros said Duterte's administration must reassess "this so-called friendship" as China has caused "irreversible damage to our seas."