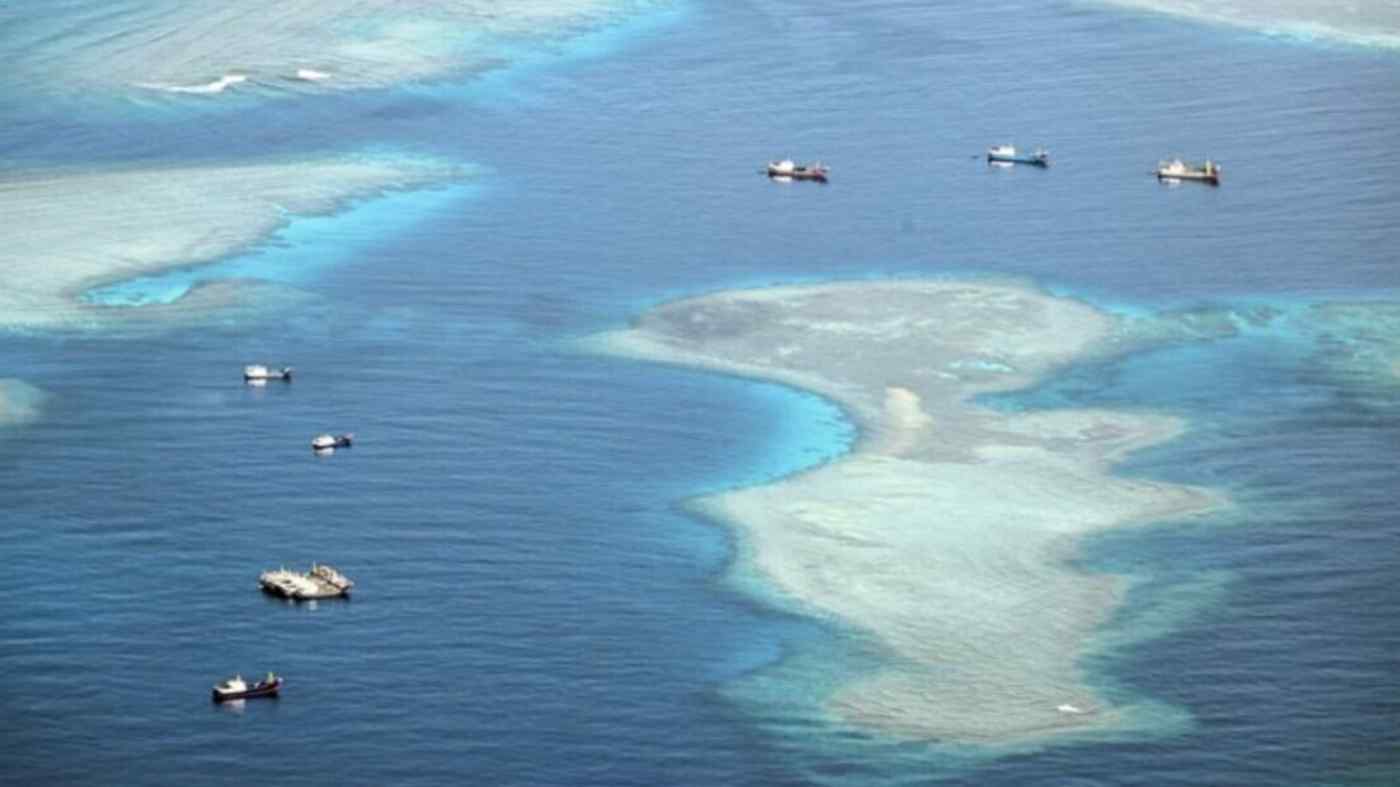 MANILA/HANOI -- The Philippine military is beefing up its presence in the South China Sea following reports of new landfill work and mooring by Chinese ships in the area, potentially complicating President Ferdinand Marcos Jr.'s visit to Beijing starting Jan. 3.

Chinese fishing boats, which are militia ships in effect, carried out landfill work at four reef sites around the Spratly Islands, including Eldad Reef, which is located west of Palawan Island, Bloomberg reported last week. The Western Command (Wescom) of the Armed Forces of the Philippines later confirmed the presence of the Chinese vessels.