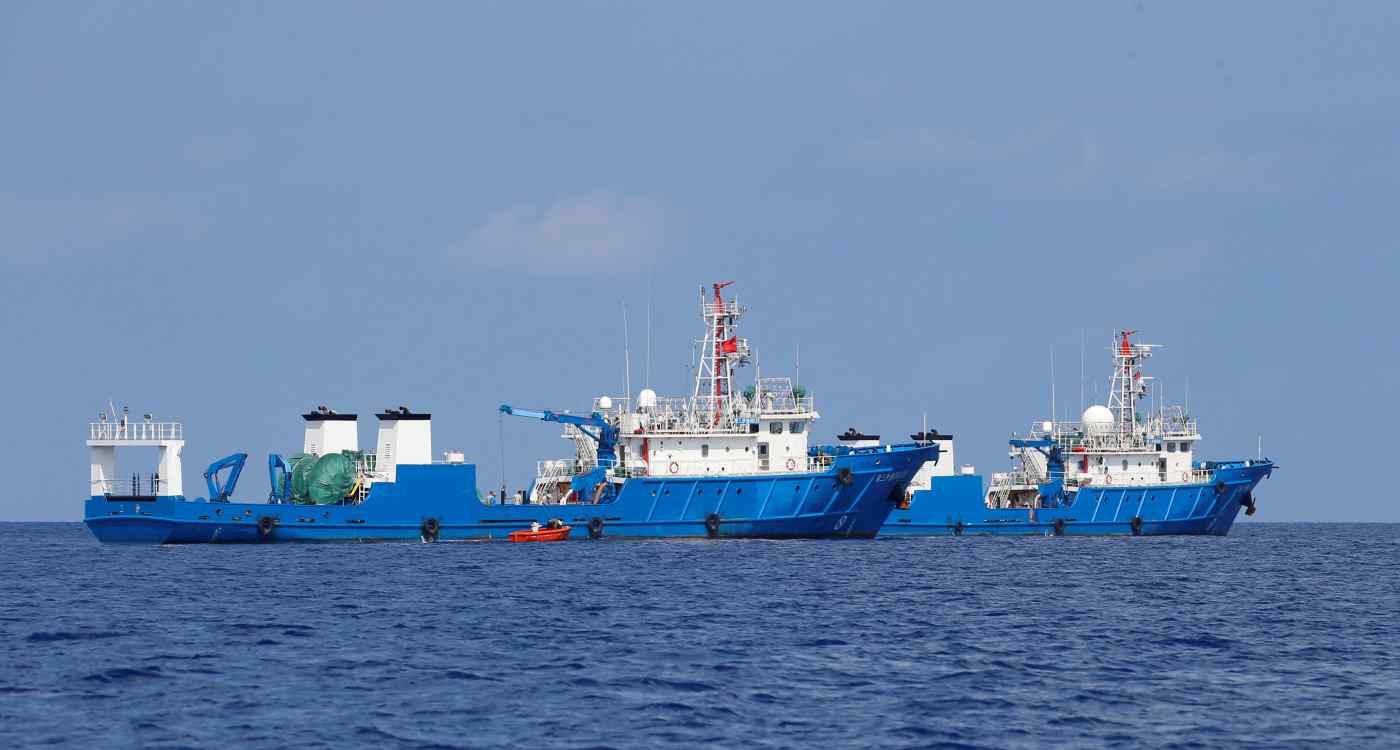 MANILA -- The Philippines on Monday lashed out at China's "dangerous maneuver" in the South China Sea after Manila conducted maritime patrols to assert its claims over the disputed waters.

Manila and Beijing have been engaged in an open, verbal tussle since March over dozens of Chinese ships spotted in Philippines' exclusive economic zone. The feud is one of the longest under President Rodrigo Duterte who had forged closer ties with China since he took office mid-2016.