In a reverse, Manila's top diplomat calls new legislation 'a threat of war' 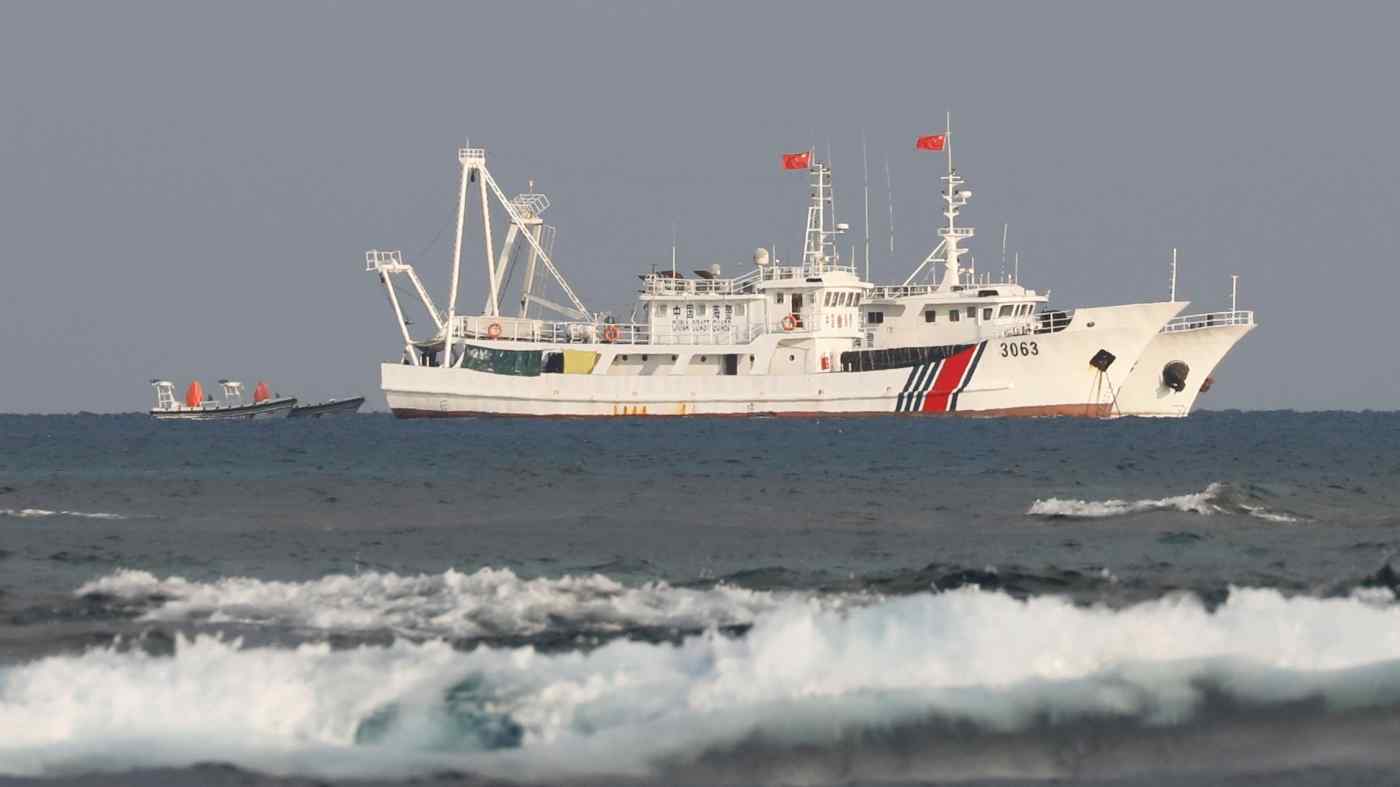 MANILA -- The Philippines has filed a diplomatic protest against a new Chinese law allowing its coast guard to use weapons on foreign vessels, calling it a "threat of war."

"After reflection I fired a diplomatic protest," Philippine Foreign Affairs Secretary Teodoro Locsin Jr. said in a tweet on Wednesday.

"While enacting law is a sovereign prerogative, this one -- given the area involved or for that matter the open South China Sea -- is a verbal threat of war to any country that defies the law; which, if unchallenged, is submission to it," Locsin added, walking back an earlier tweet saying the new law "is none of our business."

A draft law released late last year stipulated that handheld weapons may be used against vessels deemed to have violated China's sovereignty, either in emergencies or if warnings are not heeded, Nikkei has reported.

China has maritime disputes with Japan in the East China Sea, and with Brunei, Malaysia, Vietnam and the Philippines in the South China Sea, where Beijing has built up islands and established military outposts on them.

The Philippine media reported on Tuesday that the China Coast Guard blocked Filipino fishermen in a disputed area around the Spratly Islands.

In August, Manila filed a diplomatic protest against the China Coast Guard for confiscating Filipino fishermen's equipment in the Scarborough Shoal.