Rejection of China's 'nine-dash line' spreads from Asia to Europe 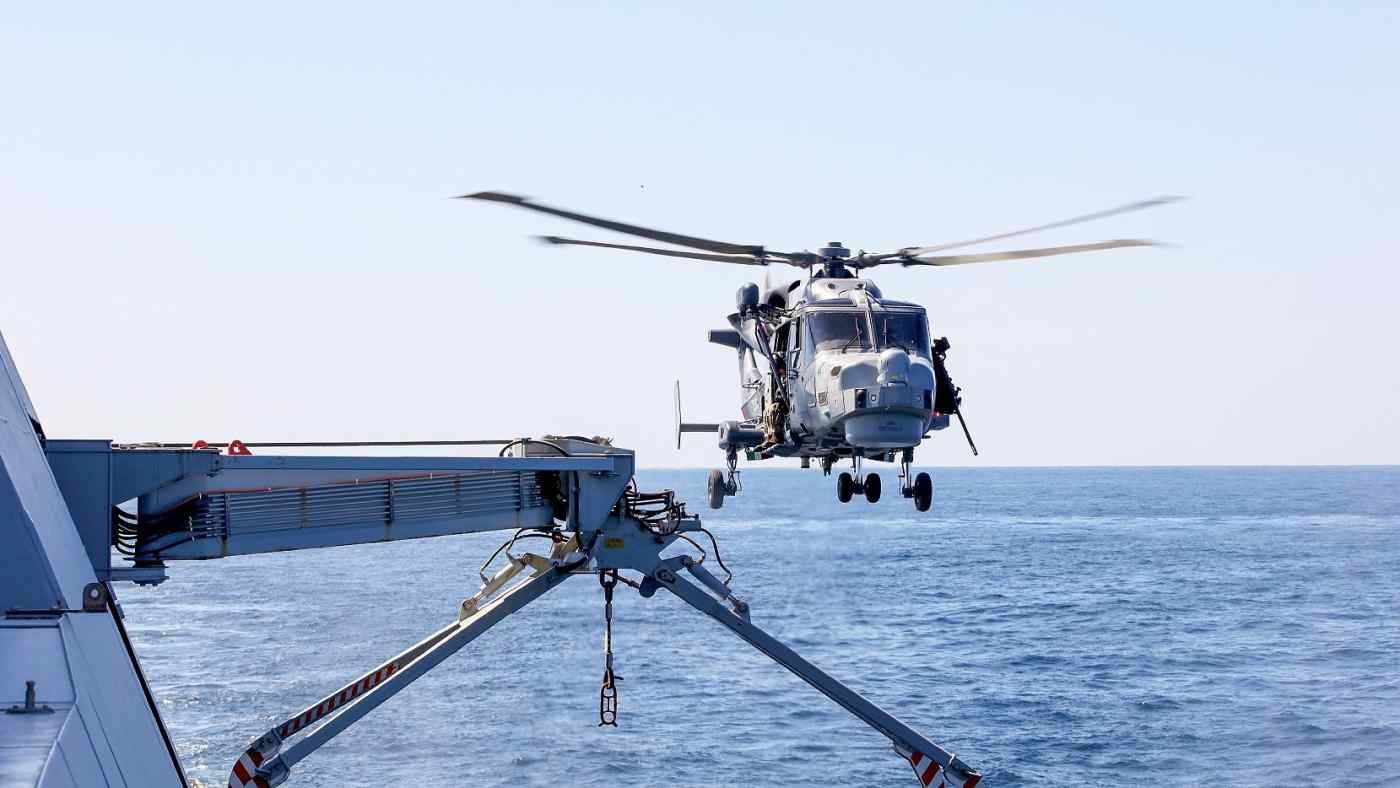 A Royal Navy helicopter flies alongside anti-air defense destroyer HMS Defender in the Indian Ocean to patrol against the flow of narcotics from the Makran Coast to East Africa, Yemen and Sri Lanka.(Photo courtesy of the U.K. Ministry of Defense)
KOYA JIBIKI, Nikkei staff writerDecember 1, 2020 01:45 JST | Europe
CopyCopied

JAKARTA -- The U.K., France and Germany are among at least nine countries to issue statements this year rejecting Beijing's extensive claims in the South China Sea, as concerns about China's maritime expansionism spread beyond its immediate neighbors.

China has claimed "historical rights" to waters within its so-called nine-dash line, which encompasses almost all of the South China Sea. The three European countries, not involved in any territorial dispute with Beijing, sent a joint note verbale rejecting the idea to the U.N. in September.