South Korea agrees to boost funding for US troops

Negotiations had been gridlocked after ex-President Trump wanted more 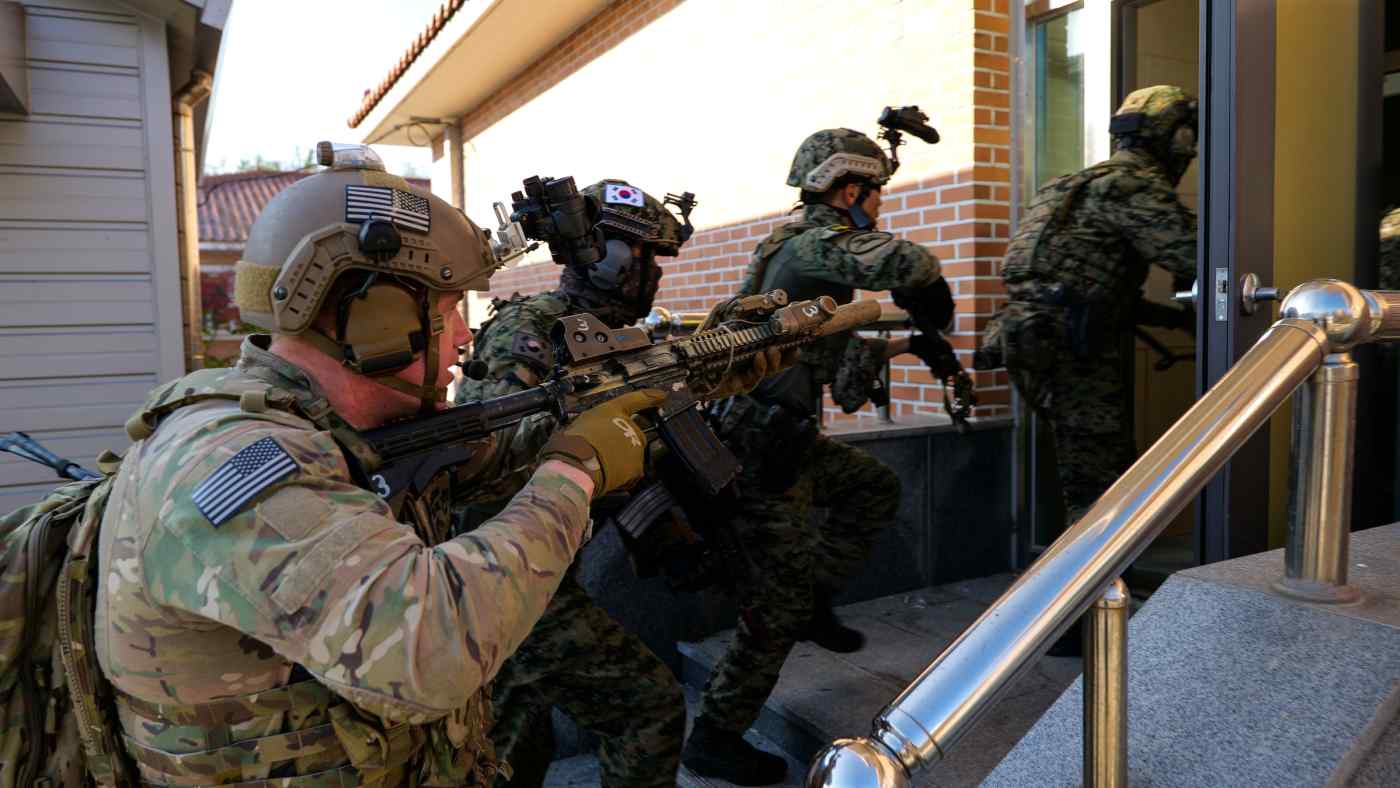 WASHINGTON (Reuters) -- South Korea will increase its contribution to the cost of U.S. forces stationed in the country under an agreement reached with the United States, the State Department said on Sunday, easing an irritant in ties between the two allies.

The agreement reflects the Biden administration's "commitment to reinvigorating and modernizing our democratic alliances around the world to advance our shared security and prosperity," a State Department spokeswoman said.

The proposed six-year "Special Measures Agreement" will replace the previous arrangement that expired at the end of 2019.

The spokeswoman said the agreement included a "negotiated meaningful increase in host nation support contributions," but gave no further details. There are about 28,500 U.S. troops stationed in South Korea. More than 90% of Seoul's contributions under the previous agreement went directly back into the South Korean economy, the spokeswoman added.

The negotiations had been gridlocked after former U.S. President Donald Trump rejected Seoul's offer to pay 13% more, for a total of about $1 billion a year, and demanded as much as $5 billion. Seoul currently pays Washington about $920 million a year.

The deal must still be approved by the South Korean legislature. South Korea's Foreign Ministry confirmed an agreement in principle in a statement, but offered no specifics.

"Both sides will make a public announcement and hold a tentative signing ceremony after completing internal reporting procedures. The government will resolve to sign an agreement in a swift manner to resolve its vacuum that has lasted more than a year and contribute to strengthening the alliance," the ministry added.

President Joe Biden has vowed to revitalize U.S. alliances after four years of strains under Trump and build a united front to counter the challenges posed by Russia, China and Iran.

South Korea began paying for the U.S. troop presence in the early 1990s, after rebuilding its war-devastated economy. The two countries signed a treaty of mutual defense at the end of the 1950-1953 Korean War, which provided the basis for the stationing of U.S. forces in South Korea.

Washington reached agreement last month with Japan on its contribution for the stationing of U.S. forces there, keeping Tokyo's annual costs steady at about $1.9 billion

South Korea's chief envoy, Jeong Eun-bo, told reporters on Thursday that his country was seeking to iron out remaining differences and sign a deal with Washington on sharing costs for stationing American troops.

Jeong made the comment as he arrived in Washington for the first face-to-face talks with U.S. envoy Donna Welton since Biden's administration took office in January.

After the last pact expired, some 4,000 South Koreans working for the U.S. military were placed on unpaid leave, prompting the two countries to scramble for a stopgap agreement to let them return to work.