Seoul faces backlash from farmers who worry about global competition SEOUL -- South Korea said Friday it will give up its developing country status in the World Trade Organization, surrendering to U.S. President Donald Trump, who has insisted that the "rich" country not receive special tariff and subsidy protections.

"I think this decision will [give] significant momentum for the future of our agricultural industry," Hong told reporters at a news conference. "We will strengthen our policy to improve competitiveness in the agricultural sector."

The announcement came three months after Trump lambasted South Korea and other countries clinging to developing country status. The U.S. president said the status flies in the face of South Korea's membership in the G-20 and Organization for Economic Cooperation and Development. Most OECD members are considered developed.

In future WTO agreements, South Korea will no longer be able to shield its farmers from global competition via tariffs and subsidies. 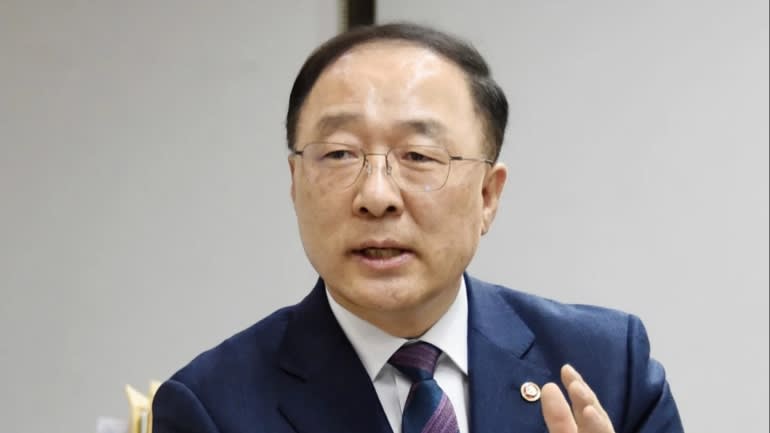 Farmers' associations as well as lawmakers who represent them opposed the decision, saying it will only invite more pressure from Washington, which wants to open the country's agricultural market.

"We can keep our national interest by protecting trade authority and food authority," the National Farmers' Association said in a statement. "If we give up our trade authority, the U.S. will demand the opening of South Korea's agricultural market more clearly."

Hong, the finance minister, said the government will make every effort to protect the country's farm sector and compensate farmers if they are harmed by any new WTO agreement.