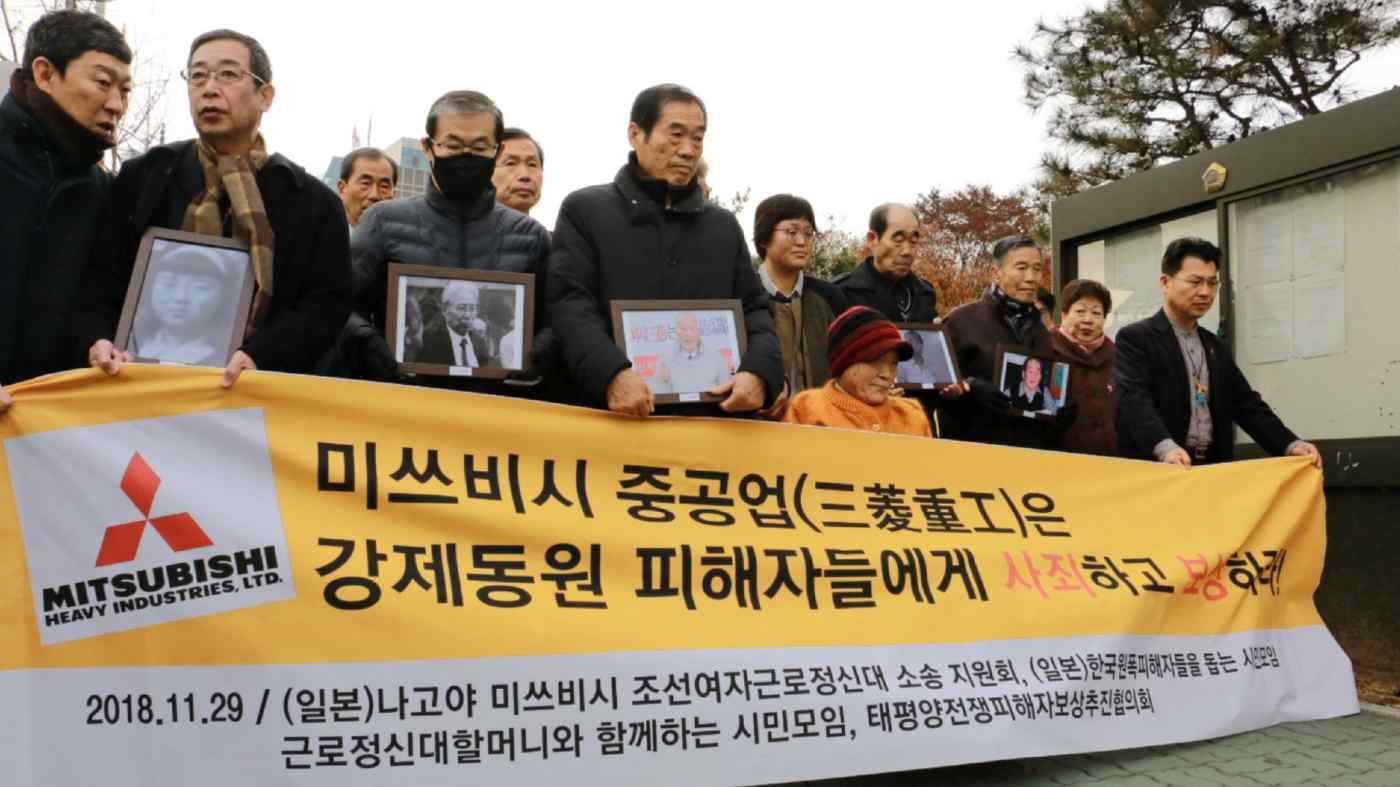 The ruling against Mitsubishi Heavy and a similar one against Nippon Steel in 2018 have strained ties between South Korea and Japan. (Photo by Yosuke Onichi)
August 19, 2021 16:40 JSTUpdated on August 19, 2021 19:00 JST | South Korea
CopyCopied

SEOUL (Kyodo) -- A team of lawyers representing South Koreans who won damages from Mitsubishi Heavy Industries for their wartime forced labor said Wednesday a local court has approved the seizure and collection of a payment intended for the Japanese company so that compensation can be provided to the plaintiffs.

The Suwon District Court on Aug. 12 approved the legal move concerning the 850 million won ($723,000) that South Korean company LS Mtron owes to Mitsubishi Heavy after the Japanese company continued to ignore the November 2018 South Korean Supreme Court ruling against it, according to the lawyers.

The legal team already secured the seizure of rights to some trademarks and patents owned by Mitsubishi Heavy in South Korea and asked a court in July 2019 to sell off those assets to compensate the plaintiffs, but no liquidation order has been issued.

Even if such an order is issued, Mitsubishi Heavy can request a stay of execution, meaning it could take a fair amount of time to actually see the assets liquidated.

The ruling against Mitsubishi Heavy and a similar top court ruling against Nippon Steel in October 2018 as well as subsequent legal moves have strained bilateral ties.

Japan's top government spokesman on Thursday reiterated Tokyo's stance that issues relating to property and claims stemming from Japan's colonial rule of the Korean Peninsula from 1910 to 1945 were resolved in a 1965 bilateral agreement.

"Liquidation of the assets would put Japan-South Korea relations in a very severe situation, and we will renew our calls on South Korea to present a solution that is acceptable for Japan," Chief Cabinet Secretary Katsunobu Kato told a press conference in Tokyo.

An official of President Moon Jae In's office told reporters on the same day that the South Korean government is "listening to opinions from various fields and having a close discussion with Japan to find reasonable ways to settle the issue, while taking into consideration the victims' rights and the relationship of the two countries."

The Suwon District Court decision to allow the LS Mtron payment to be seized and collected became effective on Wednesday as it was delivered to the company that day.

The legal team has likely taken aim at the payment as it is a form of credit that does not need to be sold to be converted into money and can therefore swiftly go toward compensating the plaintiffs.

LS Mtron said Thursday, however, that it owes the 850 million won not to Mitsubishi Heavy but to one of its group companies and therefore needs confirmation before the seizure can actually take effect.

The plaintiffs' lawyers also released a statement on the same day saying they will confirm facts surrounding the issue after LS Mtron submits its statement to the court.