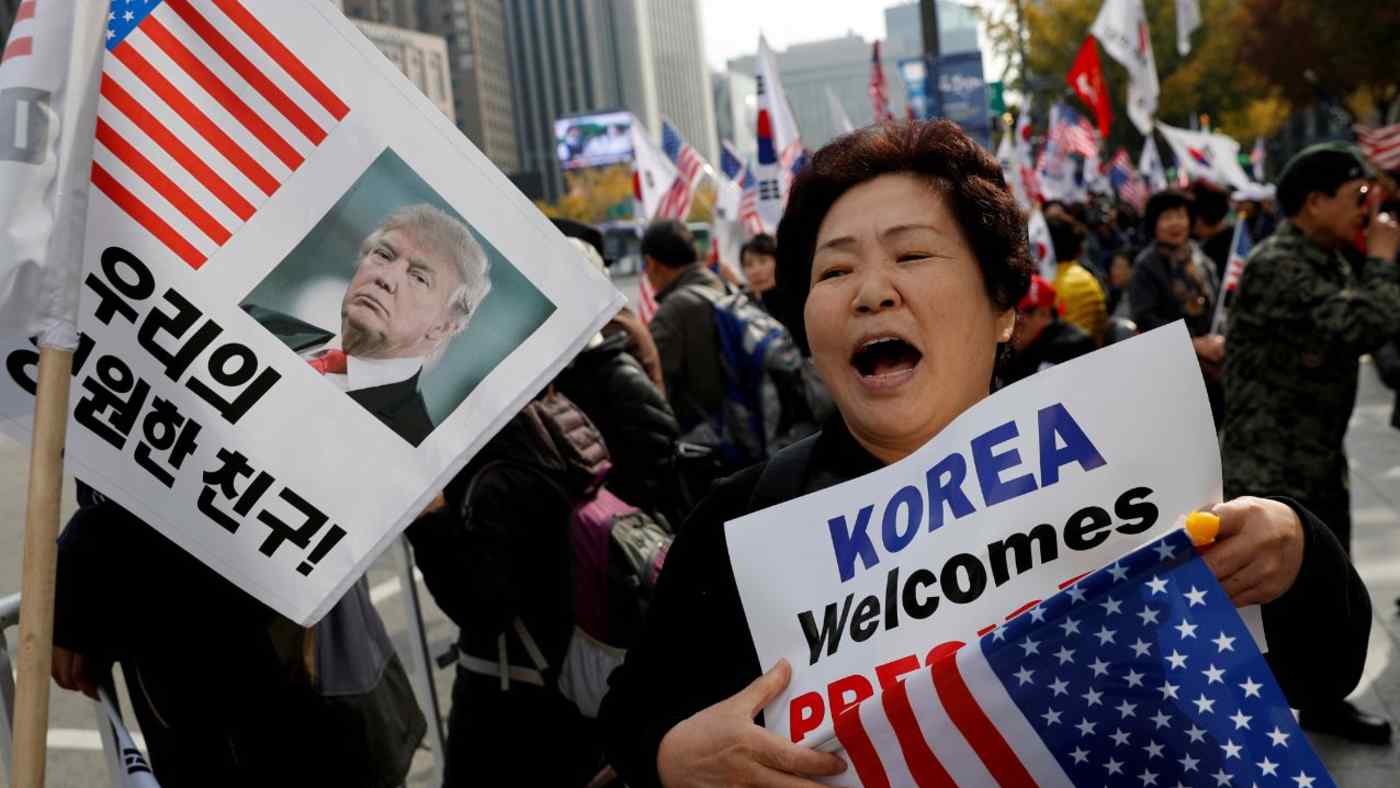 NEW YORK -- Confidence in U.S. President Donald Trump to "do the right thing" in world affairs has improved in Asia compared with 2017, despite low levels of trust overall, a Pew Research Center survey out Monday shows.

South Korea logged the biggest jump in support in this year's study, with 44% of respondents expressing confidence in Trump -- a big boost from last year's 17%. These gains pushed support for Trump ahead of Chinese President Xi Jinping, whose South Korean confidence came to 37% in 2018 and 38% in 2017.

The 27-point increase in South Korean confidence likely owes to local support for the diplomatic progress by the U.S. and North Korea, culminating in the June 12 summit between Trump and North Korean leader Kim Jong Un. Pew interviewed 1,007 respondents in South Korea between May 25 and June 19, a period covering both the run-up to the summit and the event itself.

The Philippines remained one of the U.S. leader's biggest boosters, with 78% of respondents expressing confidence in Trump to do right by the world. But despite improvements, South Korea, Japan and Indonesia retain majorities of skeptics.

Pew also asked respondents about the leaders of Germany, France, Russia and China, all of whom received a broader show of confidence than Trump. Xi received a median of 34% confidence, with the highest level of support coming from the Philippines, at 58%.

South Koreans and Indonesians were more skeptical of Xi, with 37% and 36% expressing confidence respectively. Japan was one of Xi's greatest skeptics: Only 17% of respondents said they believed Xi would do the right thing in world affairs.

Concerns over Trump aside, all four Asian countries surveyed said the world would be better off with the U.S. as the leading power than China. And overall impressions of America as a country remain positive in the Philippines, South Korea and Japan. Only Indonesians are torn -- 42% see the U.S. favorably, while 43% view America unfavorably.