South Korea's Moon moves US alliance up on agenda, with eyes north 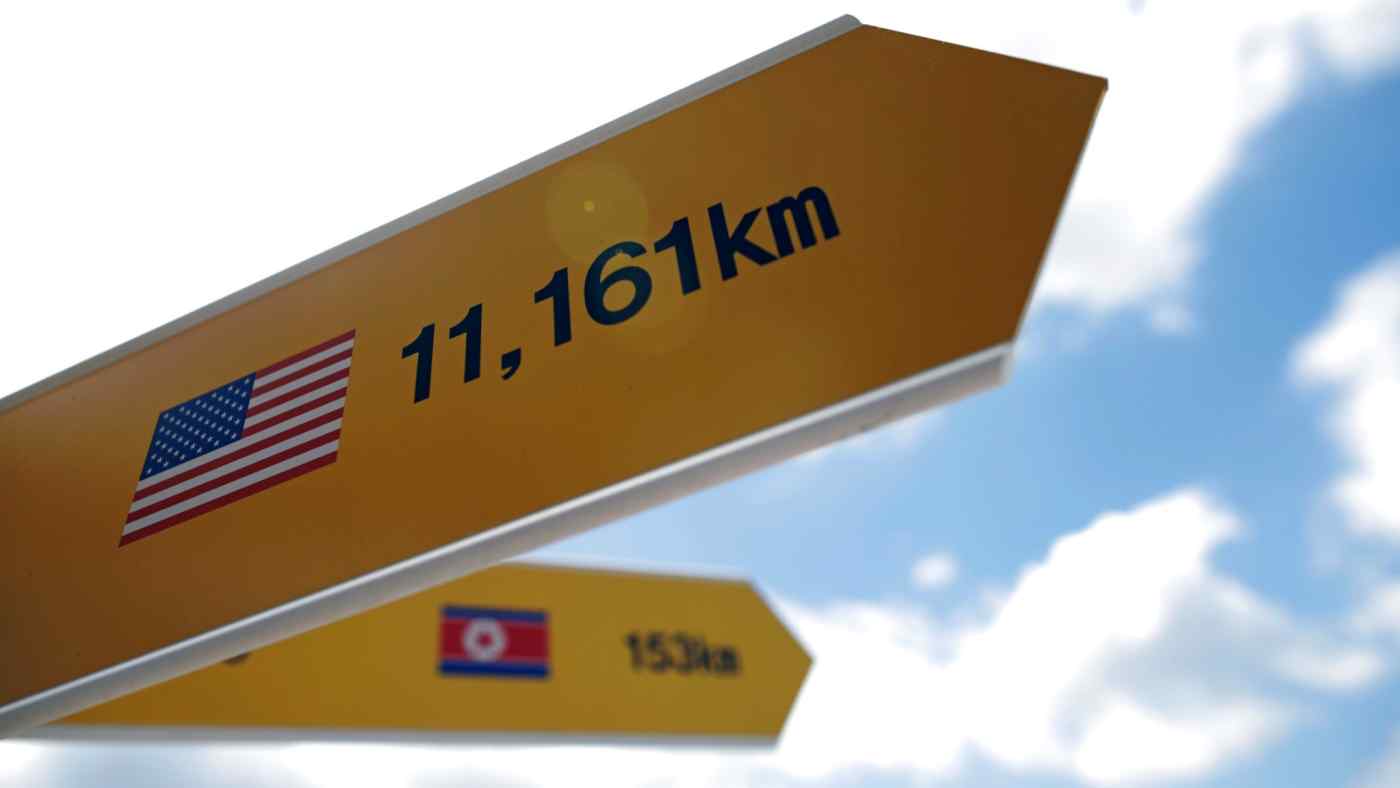 Moon's remarks mentioned the U.S., China, Japan and Russia in that order, signaling that Washington is at the top of the list. The U.S. alliance will be developed into a "more comprehensive, mutually beneficial and responsible partnership," he said.

After four years of friction with former President Donald Trump's administration, the South Korean leader is keen to mend this crucial relationship and appeal to America's new leadership to play an active role in reviving deadlocked denuclearization talks with North Korea.

Trust between Washington and Seoul had frayed recently, owing to factors on both sides.

The Trump administration demanded in 2019 that South Korea pay nearly $5 billion a year to host American forces -- roughly five times Seoul's previous contribution. A cost-sharing agreement for U.S. forces expired at the end of 2019, with no new one to replace it. Washington reportedly weighed the possibility of drawing down troops.

The U.S. attitude toward Seoul's relationship with Pyongyang was also a source of frustration on the South Korean side. American opposition kept Moon from carrying out the economic cooperation he has promised to North Korean leader Kim Jong Un.

The day before Biden took office, the Moon administration announced the appointment a new foreign minister: Chung Eui-yong, his former national security adviser and a staunch proponent of the South Korea-U.S. alliance.

Chung, a key figure in diplomatic and security policy until last year, became well-versed in negotiating with the U.S. under the Trump administration. Now, his skills will be tested by a new government in Washington.

Seoul will increase contact with the U.S. to encourage the Biden administration to "make North Korea a foreign policy priority," Moon said in a New Year's news conference on Jan. 18.

Moon is likely thinking of his success in bringing the U.S. and North Korea to the table for their historic 2018 summit. After meeting with Kim that March, Moon conveyed the North Korean leader's strong desire for an early meeting with Trump to the then-president in Washington.

"We're focusing our diplomatic energy toward a quick resumption of dialogue between the U.S. and North Korea," a source in the South's Foreign Ministry said.

With a year and a few months left until his term ends in May 2022, Moon is scrambling to solidify his political legacy. His efforts toward North-South reconciliation, which had seemed to make significant strides with three summits in 2018, have stalled since last June, when Pyongyang demolished a joint liaison office in Kaesong.

Seoul's plan is to persuade Washington to halt the drills, then use the Summer Olympics in Tokyo as an opportunity to draw the North to the negotiating table. Moon's recent indications of interest in repairing relations with Japan that had fractured over grievances including wartime labor can be viewed in that context.

But whether the U.S. or North Korea has any desire for dialogue remains unclear.

The Biden administration is expected to focus for now on domestic priorities, including the coronavirus. As for foreign policy, the Iran nuclear deal is a higher priority than North Korea. And Pyongyang, unable to gauge how the new government in Washington will approach the situation, also remains on guard.

Kim called at the party congress for "prevailing over and subjugating the U.S., the fundamental obstacle to the development of our revolution and our principal enemy." The North showed off new weapons in a military parade commemorating the event, just three months after the last such parade in October.

"The Biden administration is highly suspicious of North Korea, and North Korea doesn't expect much regarding negotiations with the U.S.," said Cheong Seong-Chang, a senior research fellow at the Sejong Institute, a South Korean think tank. "Even if South Korea tries to rush to mediate between them, it's very likely to end in failure."

Ongoing Sino-American tensions will affect South Korea as well. If Washington leans on Seoul to show its loyalty and help tighten the net around China, the Moon administration will come under heavy pressure in the other direction from Beijing. South Korea has so far steered clear of the "free and open Indo-Pacific" advocated by Washington.

The diplomatic chill between Beijing and Seoul over South Korea's 2016 decision to host a U.S. missile defense system on its soil has yet to fully thaw. Chinese President Xi Jinping had been slated to visit last year, but the trip was delayed by the coronavirus outbreak.