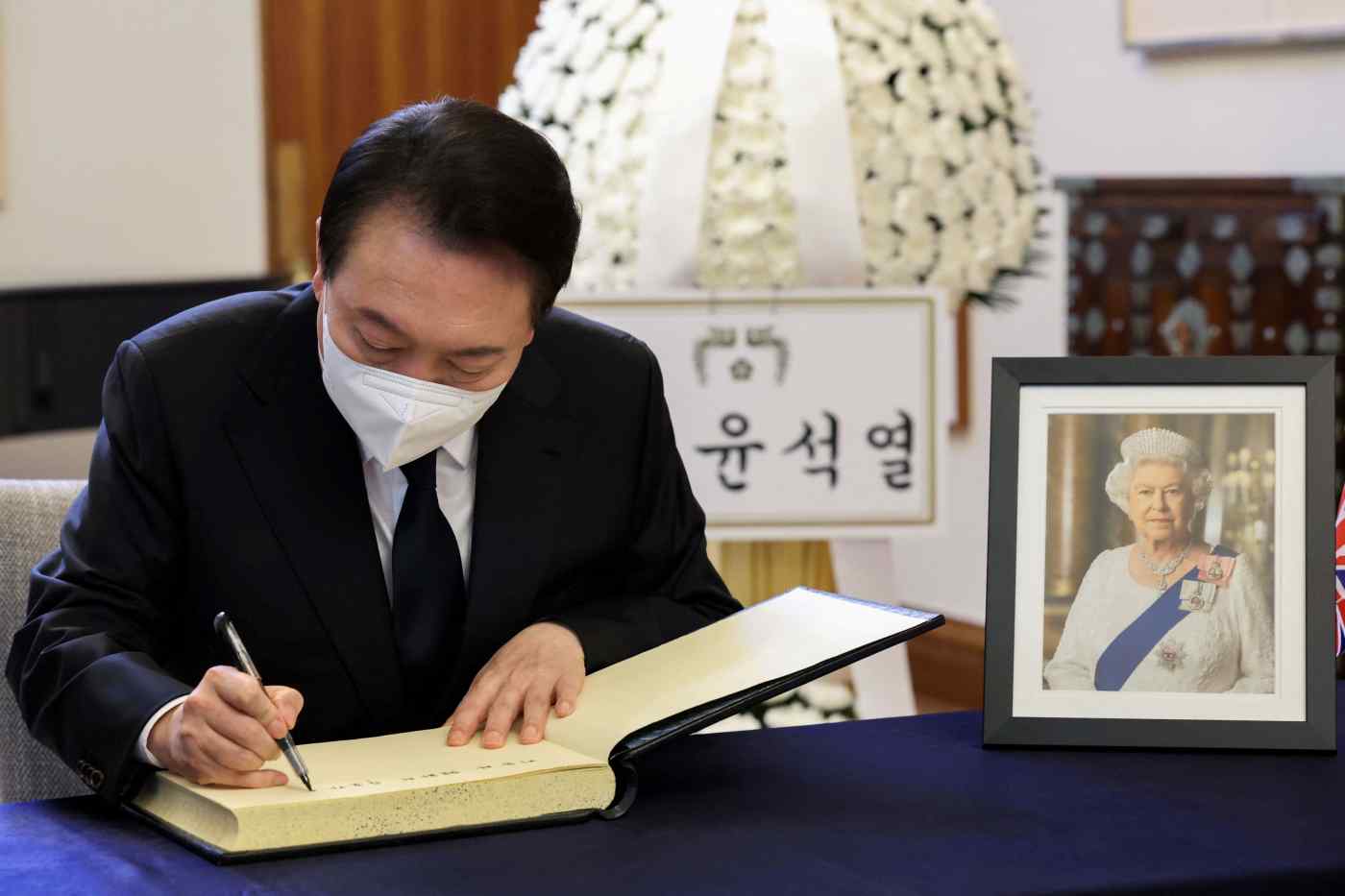 SEOUL (Reuters) -- South Korea's President Yoon Suk-yeol will visit the U.K., U.S. and Canada next week in his first trip to those countries, primarily to attend the funeral of Britain's Queen Elizabeth and visit the U.N. General Assembly, Yoon's office said on Monday.

Yoon is scheduled to depart on Sept. 18 for London for the funeral of Queen Elizabeth II, who died on Thursday at age 96, national security adviser Kim Sung-han told reporters.

The decision to attend the funeral on Sept. 19 reflected the historical importance of South Korea's bilateral ties with Britain, the achievements of Queen Elizabeth, and the affection the monarch had shown South Korea since her visit in 1999, Kim said.

Yoon will then travel to New York to attend the U.N. General Assembly, where he is expected to give a keynote speech on Sept. 20, Kim said.

Yoon will also visit Canada during the last leg of his weeklong trip, set to end on Sept. 24, as the two countries mark the 60th anniversary of diplomatic relations next year, he added.

"The purpose of this trip is to strengthen solidarity with partner countries that share core values, and to expand the groundwork for economic diplomacy," Kim told a briefing.

Yoon's U.N. speech would be aimed at presenting South Korea's role as "a global leader country that contributes to resolving international issues and establishing a global order based on universal values," he said.

Yoon would also urge North Korea's denuclearization in his speech, while seeking to hold bilateral summits with key countries including the United States and Japan on the sidelines of the gathering, Kim added.

Last week, Yoon's government offered to hold talks with North Korea on reunions of families separated by the 1950-53 Korean War, in its first direct overture despite strained cross-border ties.

Pyongyang has conducted an unprecedented number of missile tests this year, and Seoul officials said late last month that it had completed preparations for its first nuclear test since 2017.

Yoon has said he has an "audacious" plan to provide economic aid in return for the North's nuclear disarmament, but pledged to respond sternly to its provocations.