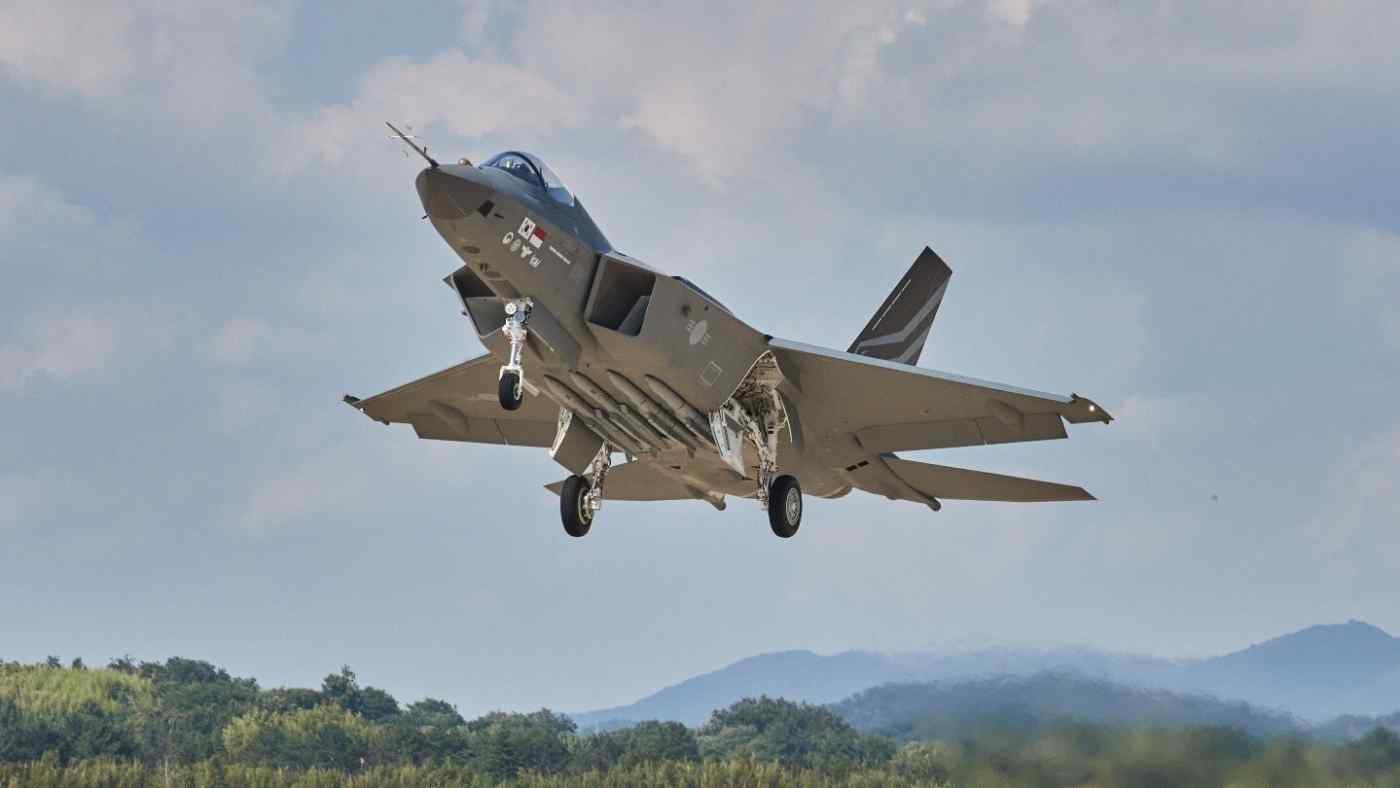 SEOUL -- South Korea aims to start mass production of its first fighter jet in 2026, hoping to break into a field dominated by the U.S., China, Europe and Russia amid an increasingly difficult security landscape worldwide.

The KF-21 Boramae, or "hawk" in Korean, is a so-called 4.5-generation fighter, placing it between the typical jets used across much of the globe and those with cutting-edge stealth and weapons technologies. Jointly developed with Indonesia, the fighter is made by the South's Korea Aerospace Industries.