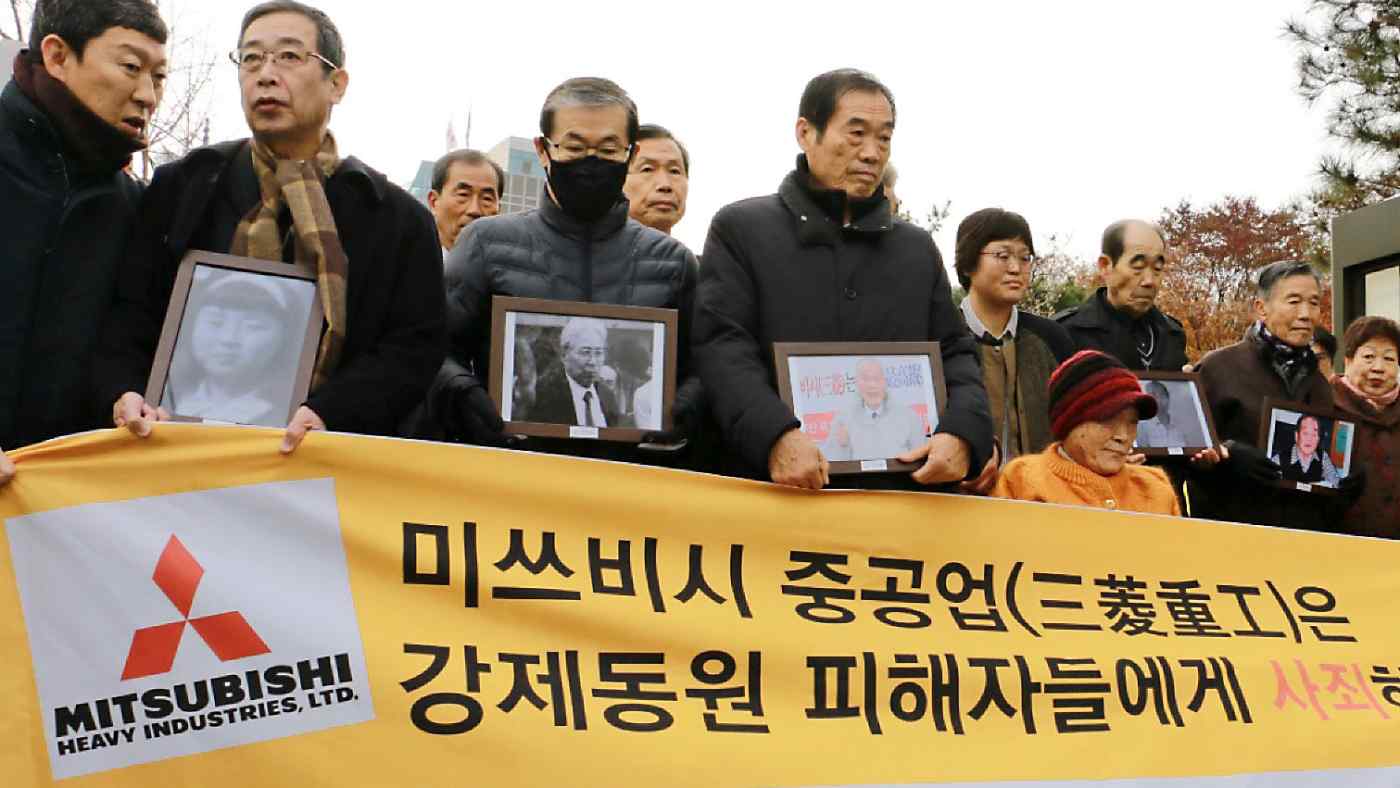 SEOUL (Kyodo) -- A South Korean court on Monday approved a request to seize Mitsubishi Heavy Industries Ltd.'s assets in South Korea after the company refused to compensate Koreans who had won a wartime labor case against it, a lawyer for the plaintiffs said.

Mitsubishi Heavy Industries is the second Japanese company to be hit with such a move. In January, a South Korean court approved the seizure of assets held by Nippon Steel & Sumitomo Metal Corp. to compensate Koreans for conscripted labor during World War II.

Sought for asset seizure in the Mitsubishi Heavy Industries case were the rights to two trademarks and six patents owned by the company in South Korea.

The Daejeon District Court will send its decision to the Korean Intellectual Property Office to get hold of patents owned by the firm, the lawyer told Kyodo News, adding that there are only a few small steps left for the property office to take before the seizure takes effect.

The court approval is expected to be officially announced later Monday.

Rulings in South Korean courts against Japanese firms over wartime labor and subsequent legal moves such as the asset seizures have soured already tense ties between Japan and South Korea.

The latest legal development is likely to draw criticism from the Japanese government, which maintains that the issue of claims stemming from Japan's 1910-1945 colonial rule of the Korean Peninsula has already been settled as part of a 1965 treaty that established diplomatic ties with South Korea.

In its Nov. 29 ruling, the top court ordered Mitsubishi Heavy Industries to pay damages to groups of Koreans after finding that the right of victims of forced labor to seek compensation was not annulled by an accord that was signed alongside the 1965 treaty.

After months in which the company continued rejecting compensation talks, the plaintiffs' lawyers on March 7 filed a request with the Seoul Central District Court to seize the rights to two trademarks and six patents owned by the company in South Korea.

In mid-March, senior Foreign Ministry officials from both countries also held talks in Seoul to bridge their differences over the issue, but the meeting ended without yielding any progress.