Opposition crackdowns and Rohingya crisis threaten freedom in the region 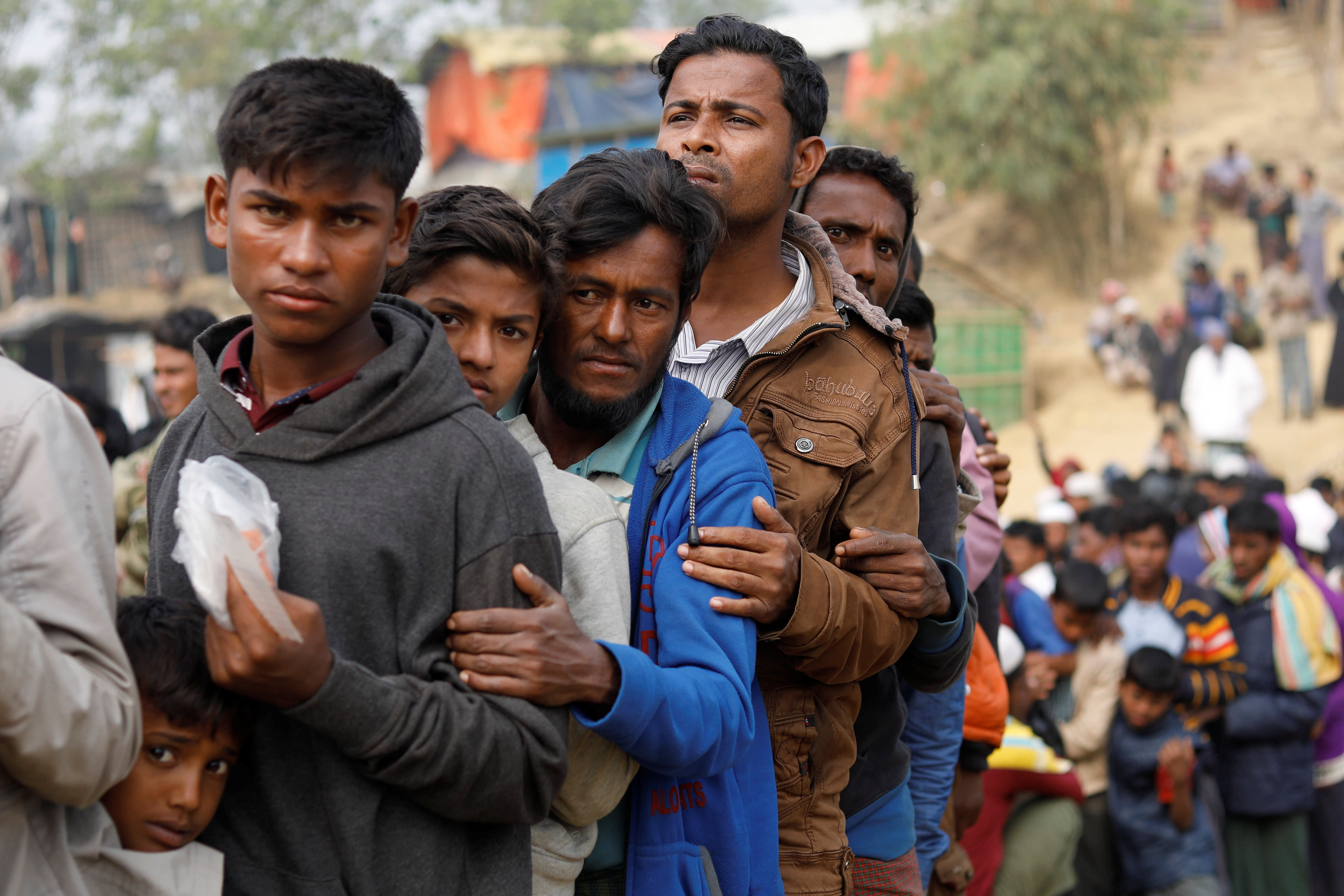 TOKYO -- Several Southeast Asian countries have experienced deteriorating conditions of political rights and civil liberties in the past year, according to a report by U.S. nongovernmental organization Freedom House.

In this year's "Freedom in the World" report, six out of ten member countries of the Association of Southeast Asian Nations saw their scores decline, while only two witnessed an increase.

The report highlighted Cambodia and Myanmar as places where "anti-democratic forces" were "on the march."

Myanmar's score fell by one point, largely due to the ongoing Rohingya crisis, which has seen thousands from the minority Muslim community flee into neighboring Bangladesh.

"These horrific events underscored how far Myanmar still is from becoming a democracy," noted the report, despite the 2015 election of State Counselor and de facto leader Aung San Suu Kyi in the country's first openly-contested election for 25 years.

Cambodia's score also declined by one point from the 2017 report. The country was criticized for its crackdown on opposition groups and the press as Prime Minister Hun Sen's Cambodian People's Party prepares for national elections later this year. The Supreme Court dissolved the opposition Cambodia National Rescue Party in November and its leader was charged with treason. 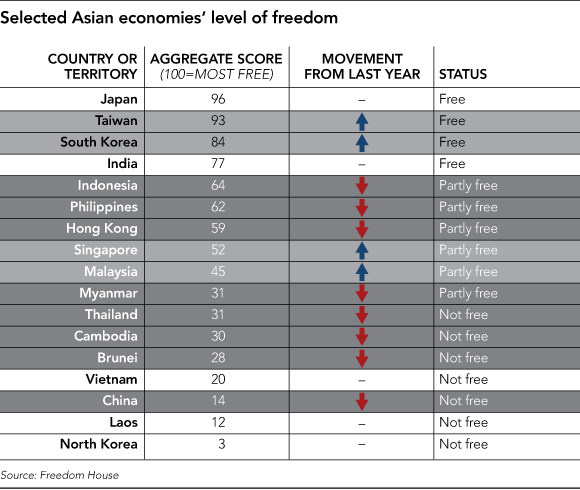 Furthermore, the authorities shut down the independent Cambodia Daily, took several radio stations off air and made criticism of the government on social media a crime.

The report described the state of democracy around the world as "battered and weakened," with countries including China and Russia seeing a rise in "antidemocratic influence."

Hong Kong's score came down by two points due to greater influence being exerted by the Chinese Communist Party in the territory.

The report cited the expulsion of four pro-democracy lawmakers from Hong Kong's legislature on the grounds that their oaths of office were "insincere." They had injected words into the official oath during the swearing-in ceremony that were deemed offensive to China and stripped of their seats in July 2017.

Freedom House said the move made it "easier for pro-government forces to pass major legislation and rules changes." Campaigning for the by-election to fill the four seats got underway this week.

Elsewhere in Asia, Japan scored the highest with and unchanged 96, while China's score fell by one point to 14. North Korea's score was 3, the lowest in the region and 4th-lowest in the world.

The U.S., according to the report, was "accelerating withdrawal from its historical commitment to promoting and supporting democracy."

The country's score fell by three points -- something Freedom House described as "rare" for an established democracy.

The report criticized the current administration for a "violation of basic ethical standards," noting President Donald Trump's appointment of family members to key positions. It also pointed out a "reduction in government transparency" as well as the "growing evidence of Russian interference in the 2016 election campaign."

The report stated that Trump had "expressed feelings of admiration and even personal friendship for some of the world's loathsome strongmen and dictators," and said his attitude "marks a sharp break from other U.S. presidents in the postwar period, who cooperated with certain authoritarian regimes for strategic reasons but never wavered from a commitment to democracy as the best form of government."

In an attempt to establish potential reasons for the overall global decline, the report suggested that younger generations with "little memory of the long struggles against fascism" may be "losing faith and interest in the democratic project."

"The very idea of democracy has been tarnished among many, contributing to a dangerous apathy," it warned.