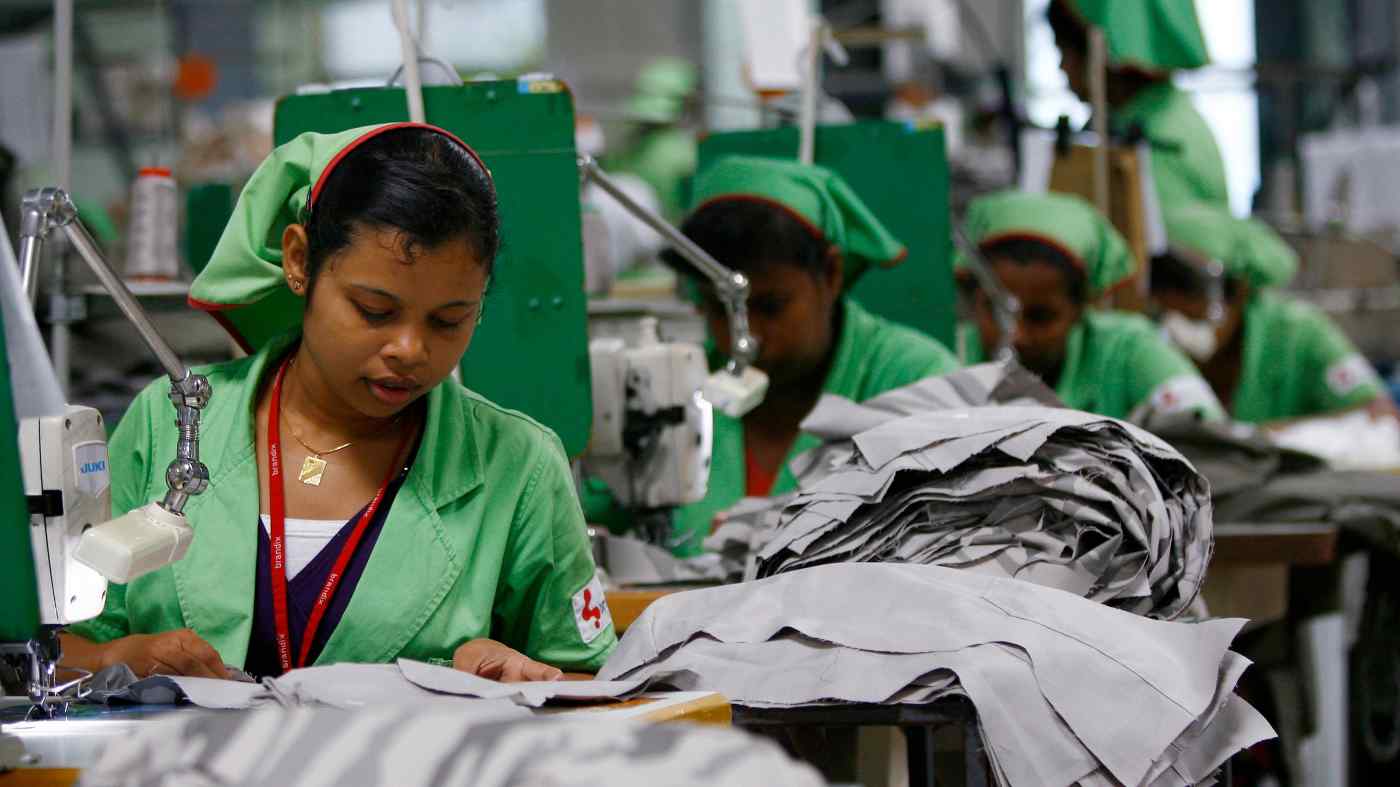 COLOMBO -- Sri Lanka's multibillion dollar apparel industry is hanging in the balance as the South Asian nation's ultranationalist government comes under diplomatic pressure to reform the Prevention of Terrorism Act (PTA), a draconian anti-terrorism law wielded by authorities for over four decades.

Business groups representing clothing makers who turn out products for international brands like Nike and Victoria's Secret are waiting to learn whether they will continue to benefit from the European Union's Generalized Scheme of Preferences Plus (GSP+), a system of trade benefits for developing countries that helps Sri Lanka's apparel makers satisfy Europe's hunger for low-cost fashions. The EU is threatening to drop Sri Lanka from GSP+ if it fails to "make the PTA fully compliant with international norms," the bloc said in a statement.

The EU is turning up the heat on Gotabaya Rajapaksa, Sri Lanka's president. His government faces a grilling at the Geneva-based U.N. Human Rights Council (UNHRC). Reforming the anti-terrorism act is one in a long list of concerns highlighted by the council as part of a U.K. and U.S. resolution seeking "reconciliation, accountability and human rights in Sri Lanka."

According to Ambika Satkunanthan, a human rights lawyer and former member of the Human Rights Commission of Sri Lanka, reforming the anti-terrorism laws has become a benchmark for whether Sri Lanka can remain in the GSP+. "The PTA, [European authorities] have asserted, has to meet international standards," said Satkunanthan, who recently participated in a virtual session of the European Parliament that looked at Sri Lanka's human rights record. "The government's amendments of the PTA don't address the main concerns because the most egregious provisions remain untouched," Satkunanthan said.

The twin diplomatic pressures on Rajapaksa's government are forcing it to make a choice: whether to keep its tough anti-terror law or its crucial export industries.

Sri Lanka's mountain of foreign debt and scarce dollar reserves have real-world consequences. Parts of the country are struggling with rolling blackouts of up to seven hours a day because there is not enough foreign exchange to pay for fuel imports. Food shortages, overnight price rises and warnings that the country will run out of medicines in three months dominate conversations of people in the cities and the countryside.

The country's $81 billion economy has become even more dependent on exports and remittances from migrant workers to generate foreign exchange during the pandemic. Tourism, previously Sri Lanka's third-biggest source of foreign exchange, dried up as COVID-19 took hold.

Nevertheless, the government has pledged to keep up with payments to foreign creditors in 2022 -- a bill of $6.9 billion -- despite the fact that Sri Lanka's usable foreign reserves stood at just $1.6 billion at the beginning of the year and the country was shut out from international bond markets after its sovereign debt ratings were cut to junk status by ratings agencies.

The PTA is a grim legacy of Sri Lanka's nearly 30 years of ethnic conflict that ended in 2009 after government troops crushed the separatist Tamil Tigers. An estimated 40,000 people were killed in the final four months of the conflict, according to a United Nations report. The war's death toll exceeded 100,000 in all.

In 2013, when the government was headed by Gotabaya's elder brother, former President Mahinda Rajapaksa, a government-appointed commission revealed that 23,586 people were missing as a result of the conflict.

Human rights activists in Sri Lanka say the state has continued to wield the law against opponents, even after the end of the war. Scores of people, many from the country's Tamil and Muslim minorities, and the government's political adversaries, have been targeted, the activists say. They have documented close to 10 prisons and state detention facilities where detainees arrested under the PTA are incarcerated, most of whom have languished for over a year without any judicial supervision.

"There are over 300 Tamils and Muslims in jail or in detention [under] PTA," said Shreen Saroor, a leading Muslim women's rights activist. "The oldest is 67 and the youngest is 21."

Sri Lankan Foreign Minister Gamini Lakshman Peiris has been on a diplomatic offensive to win international support after Colombo rolled out a plan to amend the PTA. The government has taken important steps to ensure "accountability, restorative justice and meaningful reconciliation," Peiris recently told foreign envoys accredited to Sri Lanka based in New Delhi, echoing a message he gave to foreign ambassadors earlier in Colombo.

This week he told the UNHRC that he has the presented the bill to parliament as "an initial step" in amending the law. He said: "We endeavor to strike a just balance between human rights and national security when dealing with terrorism."