After first call, Japan's new PM says he is confident in 'frank' talks with Russian leader 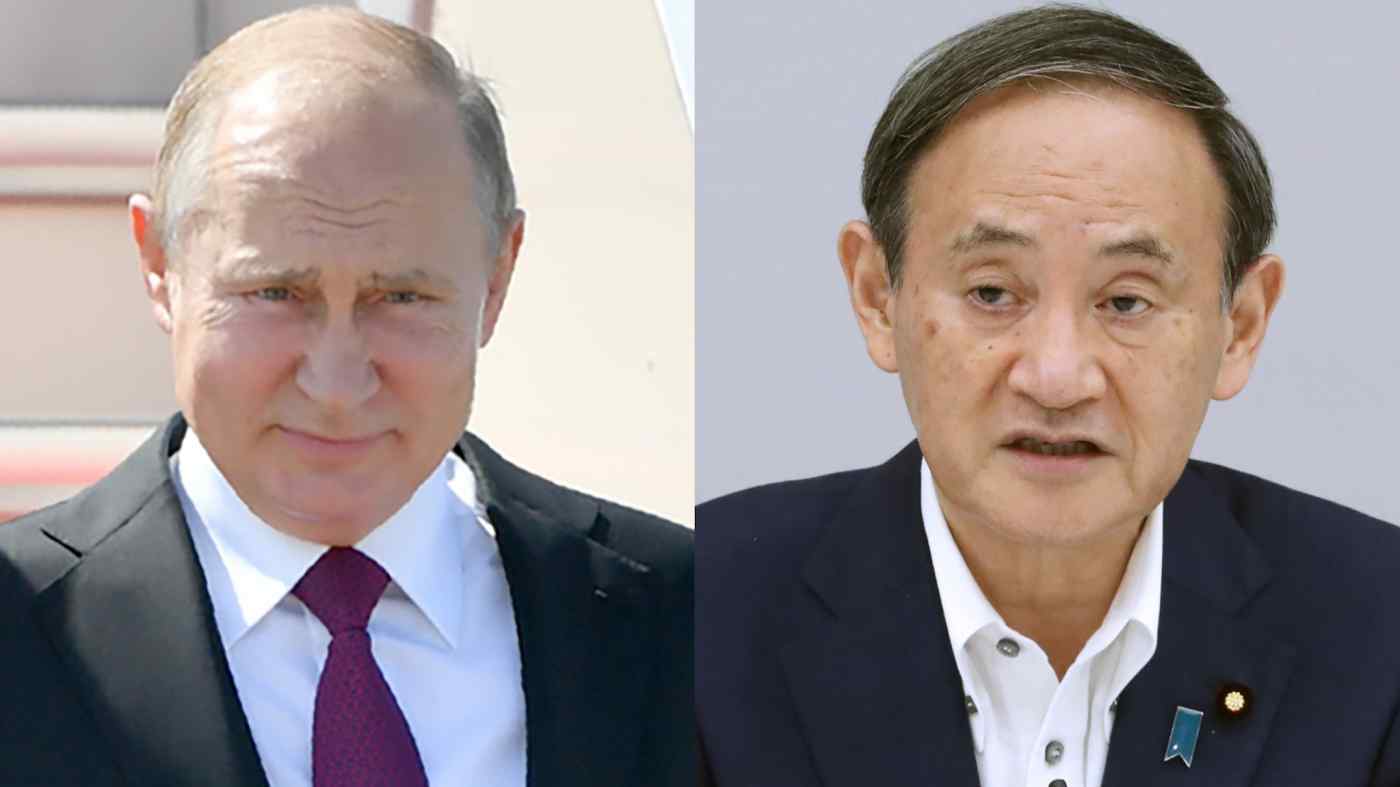 TOKYO -- Japanese Prime Minister Yoshihide Suga reaffirmed his intent to reach a postwar peace treaty between Tokyo and Moscow based on a 1956 declaration as he held his first conversation with Russian President Vladimir Putin on Tuesday.

A peace deal has been blocked by the Northern Territories issue, a group of Japanese islands off Hokkaido which were occupied by Russia at the end of World War II and are still administered by Moscow.