Japanese PM's visit to Vietnam and Indonesia marked by restrictions 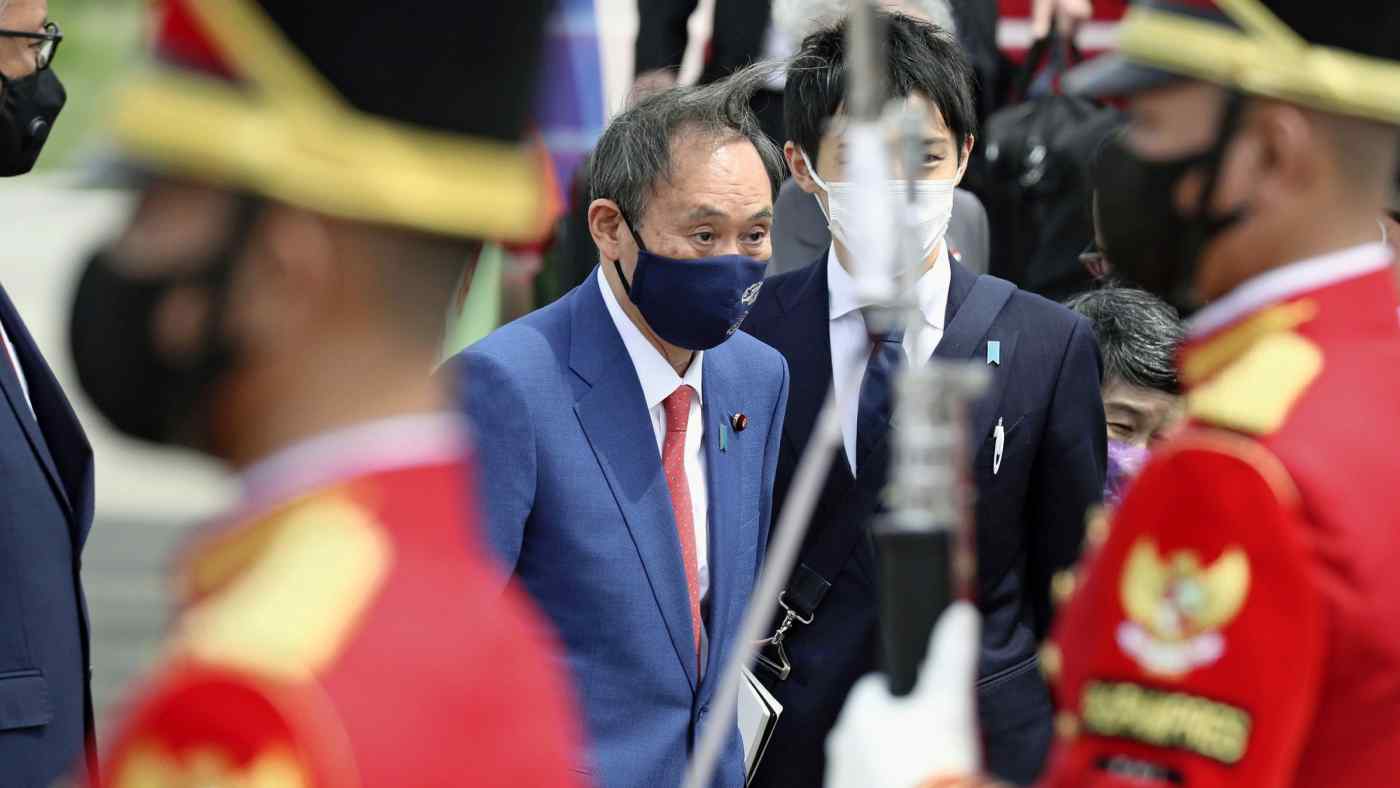 JAKARTA -- To say Prime Minister Yoshihide Suga's first diplomatic trip to Vietnam and Indonesia was unusual would be an understatement.

There were the customary photo opportunities, mapped-out agendas and planned announcements -- and of course his 40-minute morning walks -- but this was 2020, a year where nothing is really ordinary.

Suga, who became prime minister last month, took a PCR, or polymerase chain reaction, test and an antigen test both before leaving Japan on Sunday and upon his return Wednesday. He also flew with less aides than is customary, granting a request by his hosts to keep his entourage at a minimum, according to the Japanese Foreign Ministry.

Vietnam, his first stop, had been able to relatively contain the virus, with the country of 95 million people recording about 1,100 cases as of Tuesday, according to a Johns Hopkins University tally. Indonesia, meanwhile, has seen coronavirus cases top 370,000, the most in Southeast Asia.

Suga and his aides were exempt from taking PCR tests when they entered Vietnam according to diplomatic protocols, but they were not allowed to leave their Vietnam hotel except for a meeting with Vietnamese Prime Minister Nguyen Xuan Phuc and wreath-laying ceremony.

In Indonesia, they were limited to a summit meeting and news conference.

During a summit with Indonesian President Joko Widodo on Tuesday, the two leaders wore masks and spoke through a plexiglass board set up as a precaution. Most Indonesian participants, except for the president, wore both masks and face shields.

The traveling press corps also went through irregular procedures. They were asked to take PCR tests in Japan a few days before departure and were allowed to enter Vietnam after showing negative results. Even then, reporting was substantially restricted in the country. Reporters were asked not to leave the hotel and provided with bento boxes as meals.

After arriving in Vietnam on Sunday, the reporters went directly to the hotel from the airport by chartered bus. But the bus did not stop at the front entrance of the hotel. Instead it stopped at the rear entrance, where Japanese Embassy staff wearing white protective suits welcomed the journalists, then ushered them to the staff elevator.

After taking PCR tests again at the hotel, they were told to stay inside their rooms until they were notified of the negative test results the next morning. They were also asked not to eat at hotel restaurants or leave the hotel even after they tested negative. But they were given bento boxes to eat in their rooms.

Usually, reporters traveling with the prime minister are allowed to do some sightseeing in foreign cities, but this time, there was no such privilege.

Reporting on events with the prime minister was also restricted. While Suga gave a speech at Vietnam-Japan University in Hanoi on Monday, reporters were told to watch the address on video at Suga's hotel. The joint press conference after the summit with Widodo on Tuesday was a pool camera coverage. The reporters were also asked to watch the live coverage at the hotel.