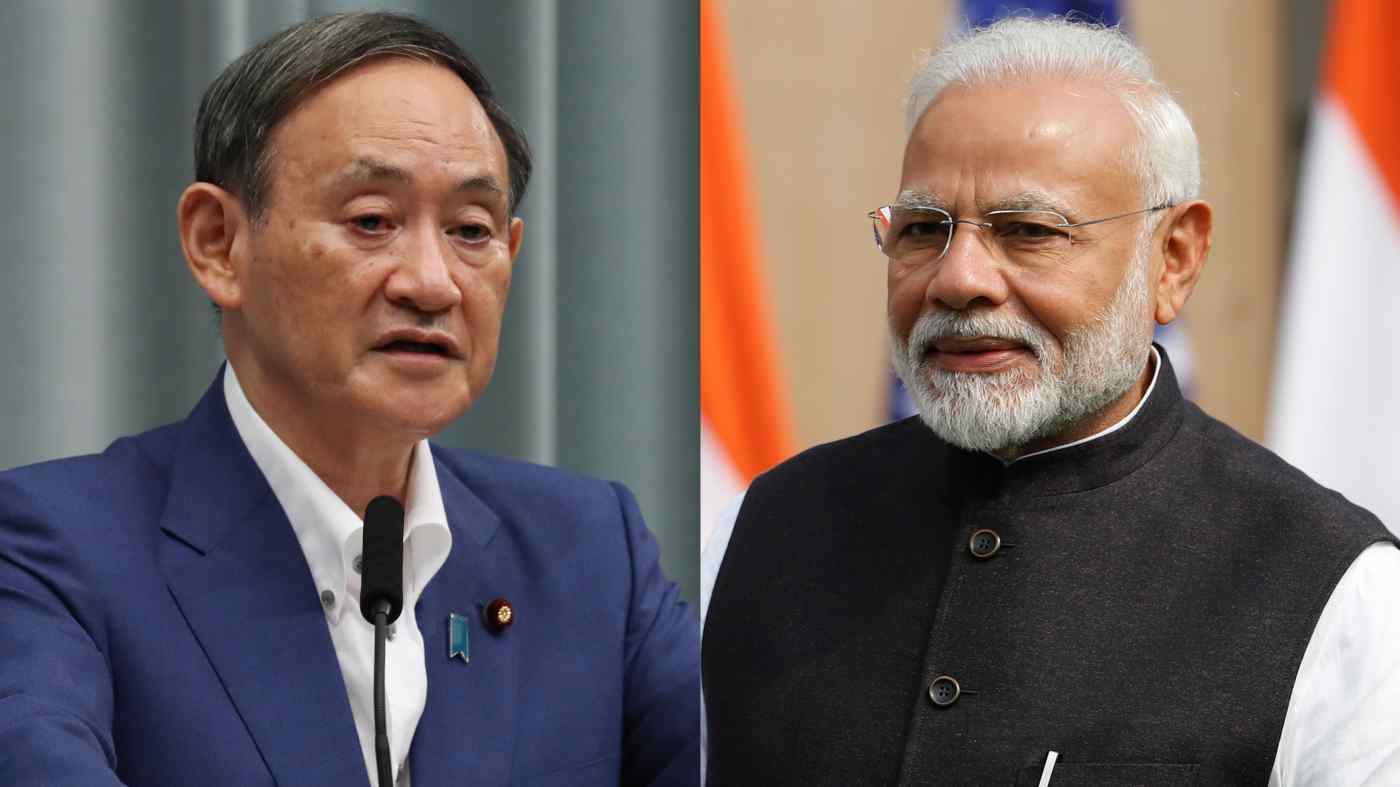 Suga told Modi that he hopes to step up cooperation in security and the economy, Japan's Foreign Ministry said. (Source photos by Reuters and Uichiro Kasai)
September 25, 2020 20:13 JST | Japan
CopyCopied

Suga told Modi that he hopes to step up bilateral cooperation in security and economic areas and contribute to multilateral efforts for a "free and open Indo-Pacific," including through a joint initiative with the United States and Australia, according to Japan's Foreign Ministry.

The two agreed to "elevate Japan and India's special strategic and global partnership to a new level," the ministry said.

Japan, under Suga's predecessor Shinzo Abe, has stepped up security cooperation with India to counter China's growing influence in the region.

Earlier this month, the countries signed an acquisition and cross-servicing agreement that allows the Japanese Self-Defense Forces and the Indian Armed Forces to share supplies and transport duties.

Suga and Modi also agreed to push forward with plans to introduce Japanese high-speed trains to India and to resume mutual visits between the countries after the coronavirus pandemic subsides, the ministry said.