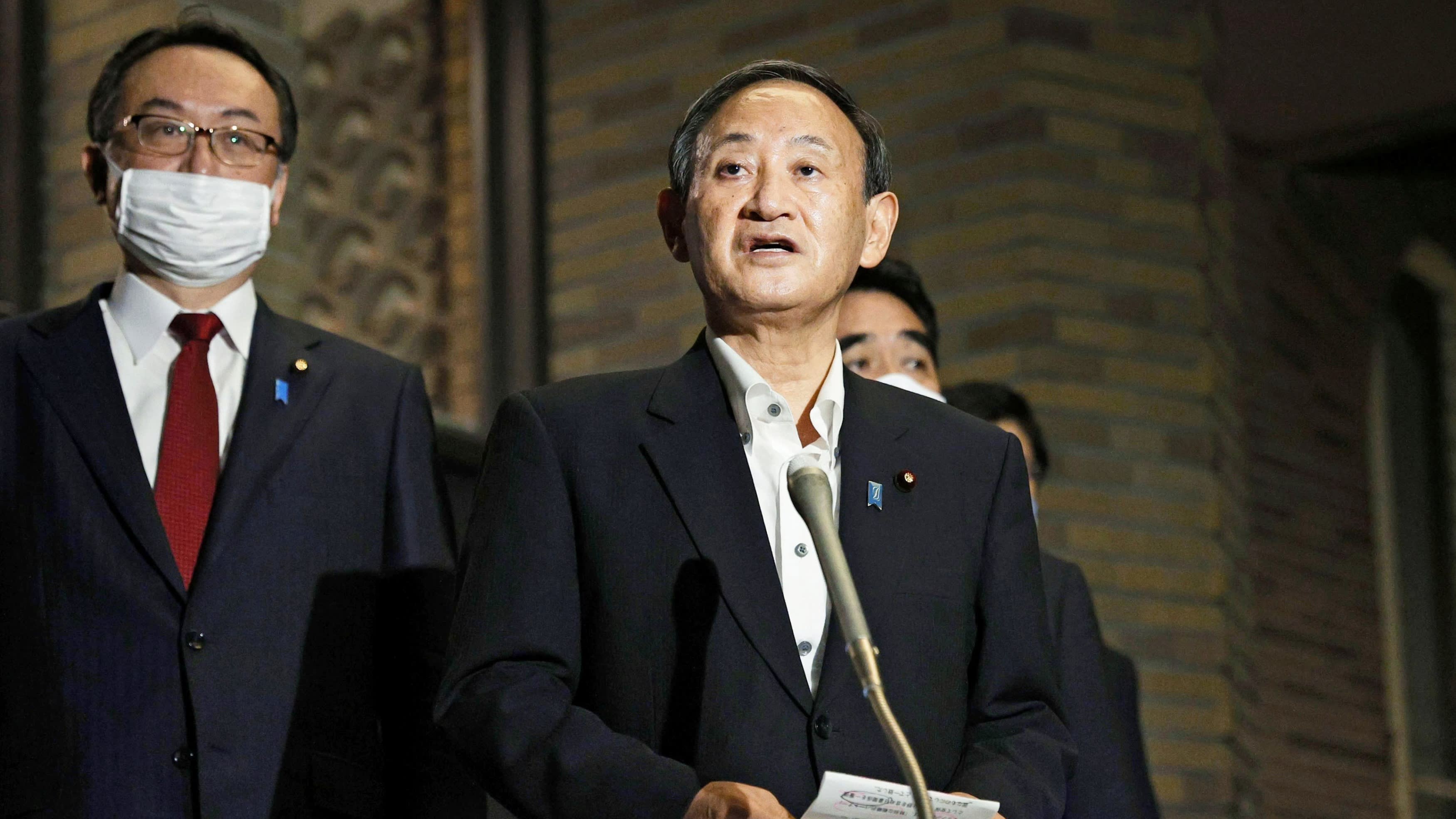 TOKYO -- Japanese Prime Minister Yoshihide Suga affirmed the importance of the bilateral alliance with the U.S. in his first telephone conversation with President Donald Trump on Sunday.

Suga told Trump that the alliance is "the foundation for peace and stability in the region," the Japanese leader said to reporters afterward, describing the 25-minute talk.

Trump responded that the two countries should continue to advance their alliance.

They agreed to cooperate on developing and distributing vaccines and treatments for the coronavirus, according to the Japanese government.

Suga urged American support for a resolution on Japanese citizens kidnapped by North Korea decades ago. "We will make decisive efforts to resolve this issue quickly," he told Trump.

The leaders also discussed the push for a free and open Indo-Pacific region, as well as the growing rift between the U.S. and China. Trump told Suga to call at any hour of the day if necessary.

"We agreed to work closely with each other," the prime minister told reporters. "I feel it was an extremely fruitful conversation."

"I hope to take this opportunity to speak with other leaders as well to communicate Japan's stance and bolster international cooperation," Suga said.

The White House said the two leaders "discussed the importance of pursuing our shared vision of a free and open Indo-Pacific, continuing to strengthen the United States-Japan Alliance, and working together to strengthen the global economy."

Japanese national security adviser Shigeru Kitamura will meet with American counterpart Robert O'Brien and other officials in the U.S. this week.