Suga walks tightrope between US and China 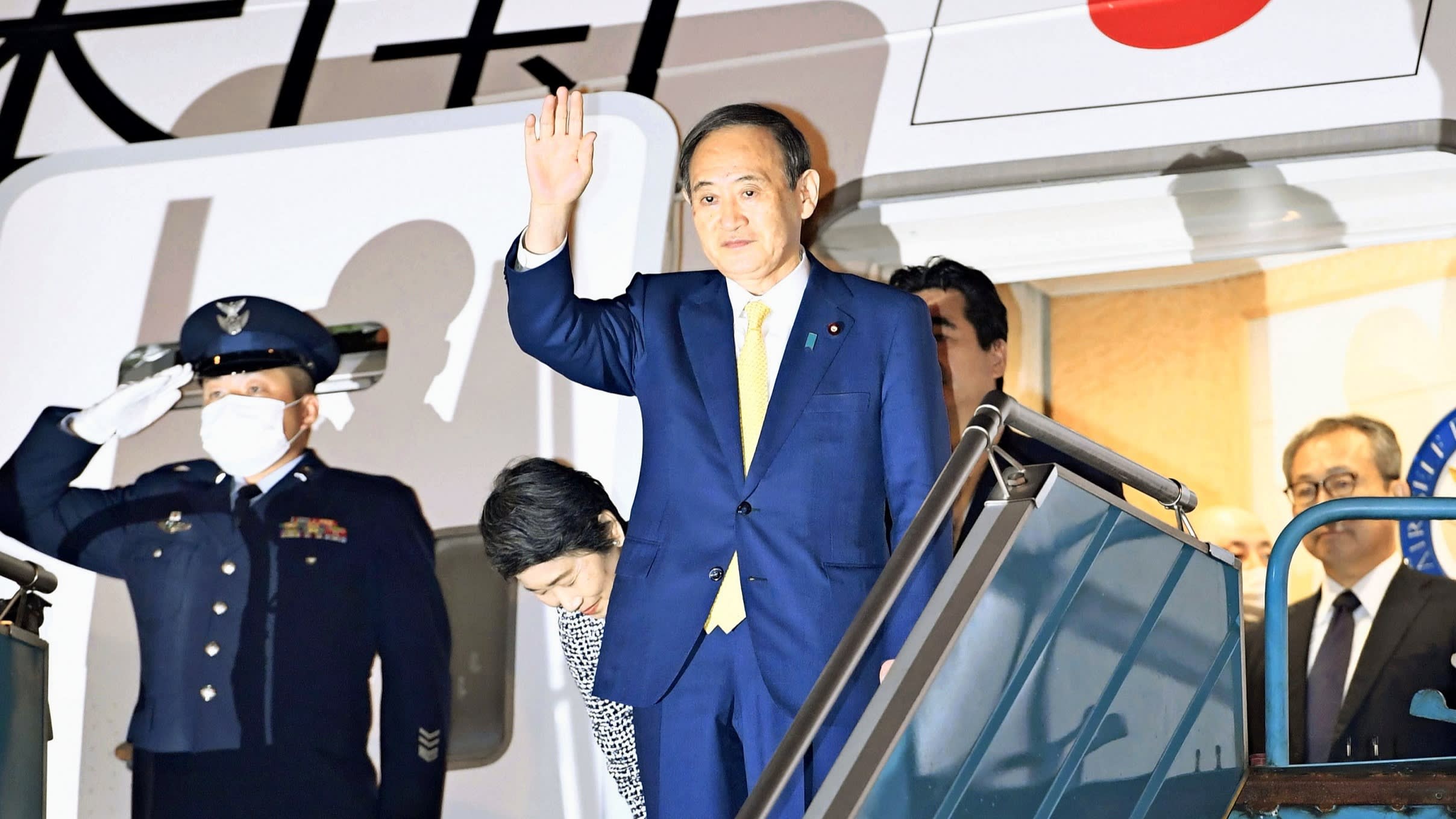 TOKYO -- In a speech to parliament this week, Prime Minister Yoshihide Suga invoked a foreign policy concept from predecessor Shinzo Abe, but with one subtle difference that hints at the new leader's more balanced approach to ties with the U.S. and China.

Suga said Monday that he would "aim to realize a free and open Indo-Pacific," an idea pushed by both the U.S. and Japan in recent years.

But he did not refer to this as a "vision" -- language that had led China to interpret the framework as a containment strategy, as well as put off Southeast Asian countries leery of provoking Beijing. By departing from his predecessor's framing, Suga hopes to encourage more countries in the region to take part.

The concept, originally known as the "free and open Indo-Pacific strategy," was first articulated in 2016 by Abe as prime minister, as a call for regionwide cooperation on security and economic growth.

It was envisioned as a counterweight to China's Belt and Road regional infrastructure initiative. The goal was to promote cooperation among countries that share values including the rule of law and the market economy, to curb what critics see as Beijing's efforts to strong-arm developing countries into taking on debt for new infrastructure.

In 2018, as Abe took a somewhat softer line on China, he dropped the word "strategy" in favor of "vision" in hopes of bringing on board countries in Southeast Asia and elsewhere that had been worried about pressure from Beijing.

Suga went a step further by removing the word "vision" from the "free and open Indo-Pacific" phrase, both in the policy speech and in an address this month in Vietnam during his first trip abroad as prime minister.

In doing so, he intended to show that the idea is "only a geographical concept, not a vision determined by a few specific countries," an aide said. While in Vietnam, Suga told reporters that Japan had no intention of building an Indo-Pacific NATO aimed at containing a specific country, addressing an accusation previously leveled by China.

Tokyo cannot risk taking too antagonistic a stance toward a country that is both a neighbor and its largest trading partner.

Suga spoke by phone with President Xi Jinping on Sept. 25, marking the first call between Chinese and Japanese leaders since May 2018.

The prime minister's first meeting with a cabinet-level foreign official came about two weeks later, with U.S. Secretary of State Mike Pompeo's visit on Oct. 6. Suga is slated to meet with Chinese Foreign Minister Wang Yi next month, letting both sides save face.

Suga's emphasis on maintaining a balance in Japan's ties with the U.S. and China was made clear even before he assumed the prime minister post, with plans for a trip to China as Abe's chief cabinet secretary that were ultimately scrapped.

Suga traveled to the U.S. in May 2019, meeting with officials including Vice President Mike Pence. According to government sources, he had considered returning to the U.S. this past May to attend a United Nations meeting, followed by a visit to China. While both trips were canceled due to the pandemic, Tokyo reportedly had essentially reached an agreement with Beijing on that leg of the itinerary.

Suga's attitude toward China will help determine whether the two countries can mend fences.

Of particular concern is a previously planned state visit by Xi to Japan, which had been scheduled for April of this year but was postponed due to the pandemic. Members of Japan's ruling Liberal Democratic Party have pushed for it to be canceled, citing Beijing's crackdown on Hong Kong and incursions around the Senkaku Islands, which China claims as the Diaoyu.

Suga has said nothing about scrapping the visit, and it could come back on the table once the pandemic subsides in both countries. Chief Cabinet Secretary Katsunobu Kato told reporters before the Xi-Suga call that "we are a not at a point where we can discuss a specific itinerary."

Mounting international criticism toward Beijing, particularly from the U.S., could constrain Suga's options. While in Tokyo for a meeting this month with counterparts from Japan, Australia and India, Pompeo explicitly called the four-nation grouping, known as the Quad, a "fabric" that could "counter the challenge that the Chinese Communist Party presents to all of us."