Bachelet, in Japan, praises trade pact as a win for 'open economy' 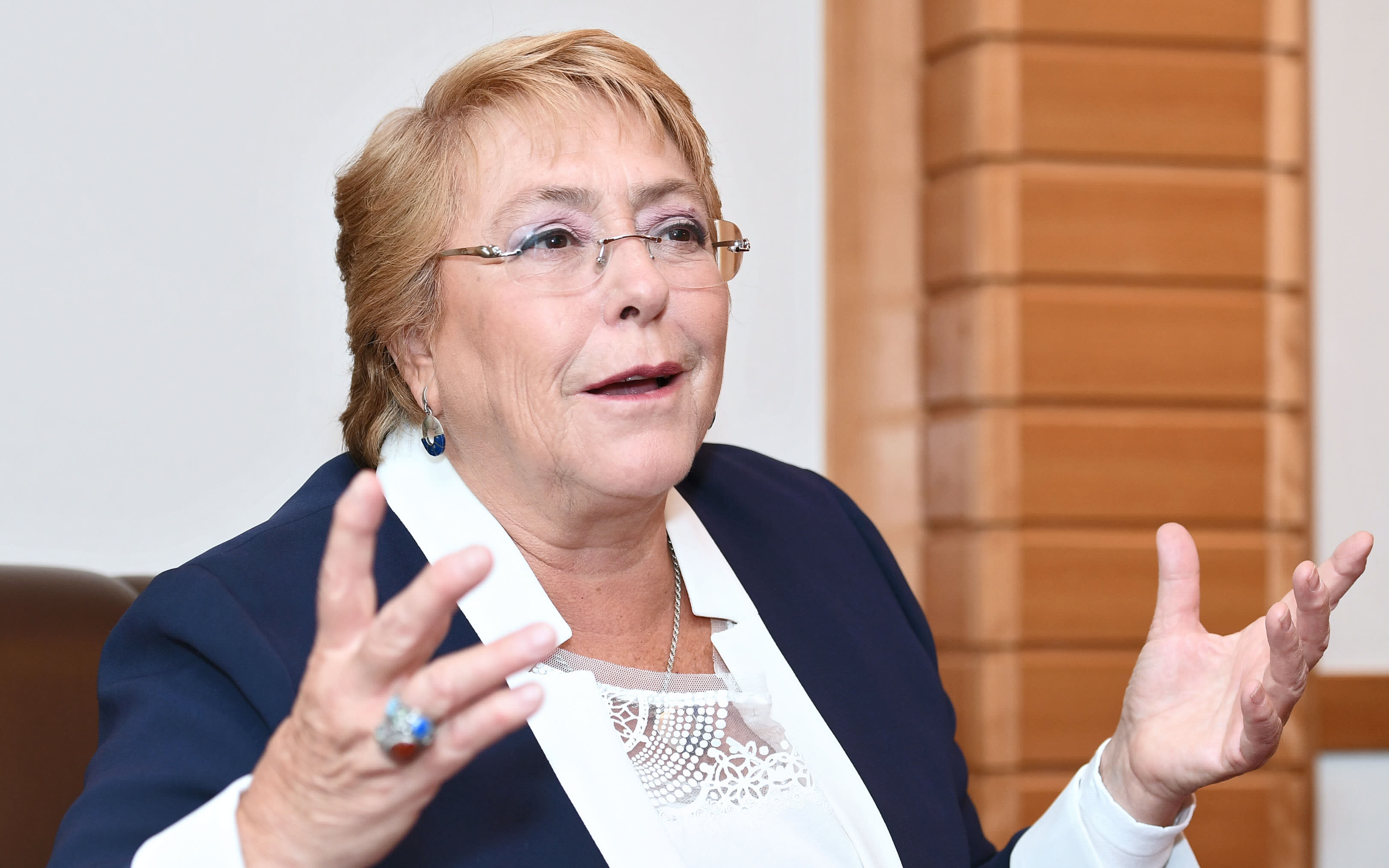 TOKYO -- The U.S. must accept the Trans-Pacific Partnership essentially as is if it hopes to rejoin the trade pact, Chilean President Michelle Bachelet said Monday, as the 11 remaining members prepare to sign their own version of the deal in March.

The president spoke to The Nikkei during a visit to Tokyo. Chile was one of the four parties to an agreement that eventually resulted in the 12-member TPP, signed in 2016. On March 8, all members but the U.S. will gather in Santiago, the South American nation's capital, to sign the so-called TPP 11 bringing into effect many provisions of the broad trade pact. The U.S. withdrew from the TPP in January 2017, right after President Donald Trump took office.

While the TPP 11 entails compromises over which provisions of the original pact should remain in the U.S.'s absence, the final agreement satisfies everyone, Bachelet said. When it takes effect, the pact will cover nations that represent 13% of global gross domestic product. This will send the message that an "open economy" and the "integration of countries are very important," she said.

Chile would welcome the U.S. back into the TPP if it wished to return, Bachelet said, as a 12-member agreement would cover nearly 40% of global GDP. But it remains to be seen whether the Americans are willing to play ball.

Trump recently suggested the U.S. could rejoin the TPP "if we were able to make a substantially better deal." But it is "probably not acceptable to try to start all over again from zero," Bachelet said. The other nations "have been working a whole year" to cement the terms of TPP 11, and the U.S. would have to rejoin under those conditions, she said.

Bachelet hopes her country will ratify the TPP 11 this year. Her successor, Sebastian Pinera, who will be inaugurated on March 11, is bullish on free trade, suggesting a smooth path ahead for the pact.

Japanese investment in Chile is growing more diverse, moving beyond traditional fields such as mining and into new areas like renewable energy, Bachelet noted. The two nations on Friday kicked off a reciprocal working holiday program for young travelers, which she sees invigorating exchange between youth in Chile and Japan.

In addition to trade, Chile is "very much concerned about North Korea's missile" development, "not only for Japan and the Korean Peninsula but also for humanity and the world," the president said. "That's why I decided to visit Nagasaki," she said. Bachelet visited Hiroshima in 2007, and toured Nagasaki's Peace Park and related memorials on Saturday.

"We are against nuclear weapons and against mass destruction," Bachelet said. Chile is a member of the 2017 United Nations Treaty on the Prohibition of Nuclear Weapons, which Japan has not signed.