TPP negotiators to gather next month to discuss expansion

TOKYO -- The 11-member Trans-Pacific Partnership trade pact, which does not include the U.S., will prepare for its next stage of expansion when chief negotiators meet in Japan in mid-July to discuss how to usher new members in.

On Friday, Japan's parliament passed bills ratifying the TPP-11, making it the second member after Mexico to finalize domestic procedures. The Asia free trade bloc now needs four more member states to complete similar procedures to kick the process into the next stage. TPP-11 takes effect 60 days after six of its 11 members ratify the pact.

From July 17 to 19, TPP-11's chief negotiators are scheduled to meet in Japan's picturesque town of Hakone, Kanagawa Prefecture, to discuss the process for adding more countries to the agreement after it goes into effect. Thailand, Indonesia and the U.K. are some of the nations that have expressed an interest in joining.

Of the current members, Canada, New Zealand and Australia have taken steps toward ratification. Singapore and Chile aim to approve the deal by the end of the year. Japan is pressing its fellow signatories -- a group that also includes Peru, Vietnam, Brunei and Malaysia -- to bring the pact into effect this year.

Adding new members and showing some tangible merits of free trade, many members hope, may convince the U.S. to come back into the fold. The Trump administration withdrew from the original TPP deal in January 2017.

Japan is set to launch talks on "free, fair and reciprocal" trade with the U.S. in late July, and aims to generate momentum toward an expanded agreement by that time.

Thailand's Deputy Prime Minister Somkid Jatusripitak in May told Toshimitsu Motegi, Japan's economic and fiscal policy minister, that his country wished to join TPP-11 as soon as possible. Indonesian Vice President Jusuf Kalla said this month that not joining the pact risked harming the competitiveness of exports from Southeast Asia's largest economy. Colombia and the U.K. have also shown an interest in joining.

At the same time, Malaysian Prime Minister Mahathir Mohamad, elected in May, has called for TPP-11 to be revised to benefit economically weaker countries. 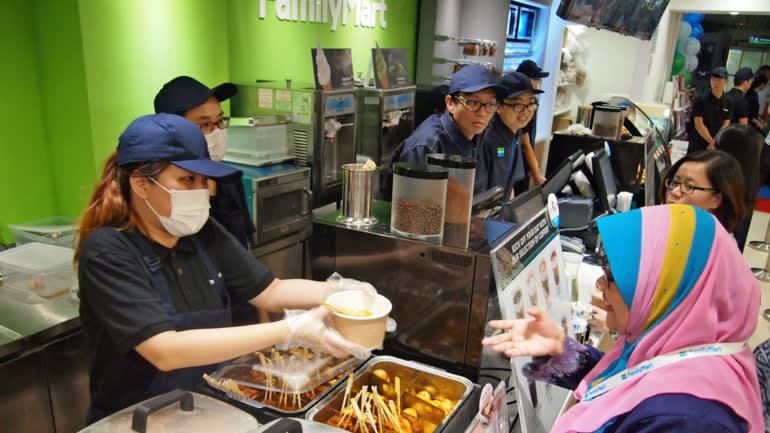 A FamilyMart convenience store in Malaysia. QL Resources, which has a 20-year pact with FamilyMart Co Ltd of Japan, will go ahead with its expansion plan. (Photo by C.K. Tan)

TPP-11 is poised to create a free trade zone covering 13% of global gross domestic product and 15% of global trade by value. GDP in the 10 members other than Japan is currently around $5.7 trillion, and is set to grow more than 6% annually through 2023, according to the International Monetary Fund.

Clear, unified rules on investment in the pact will greatly expand business opportunities in the economic bloc, which would trail only the U.S., China and the European Union in size. Signatories have pledged not to discriminate between foreign and domestic financial institutions and to allow the free flow of data across borders.

Vietnam will loosen restrictions on retail, including lifting a regulation that limits foreign convenience store operators from opening more than one location. Malaysia will make similar changes. A representative of Japan's FamilyMart said the chain "will be able to think more flexibly about expansion" once TPP-11 takes effect. All but one of the FamilyMart UNY Holdings unit's 157 Vietnamese stores are operated by a local partner, but TPP-11 will allow the Japanese headquarters to take the lead on opening new stores. 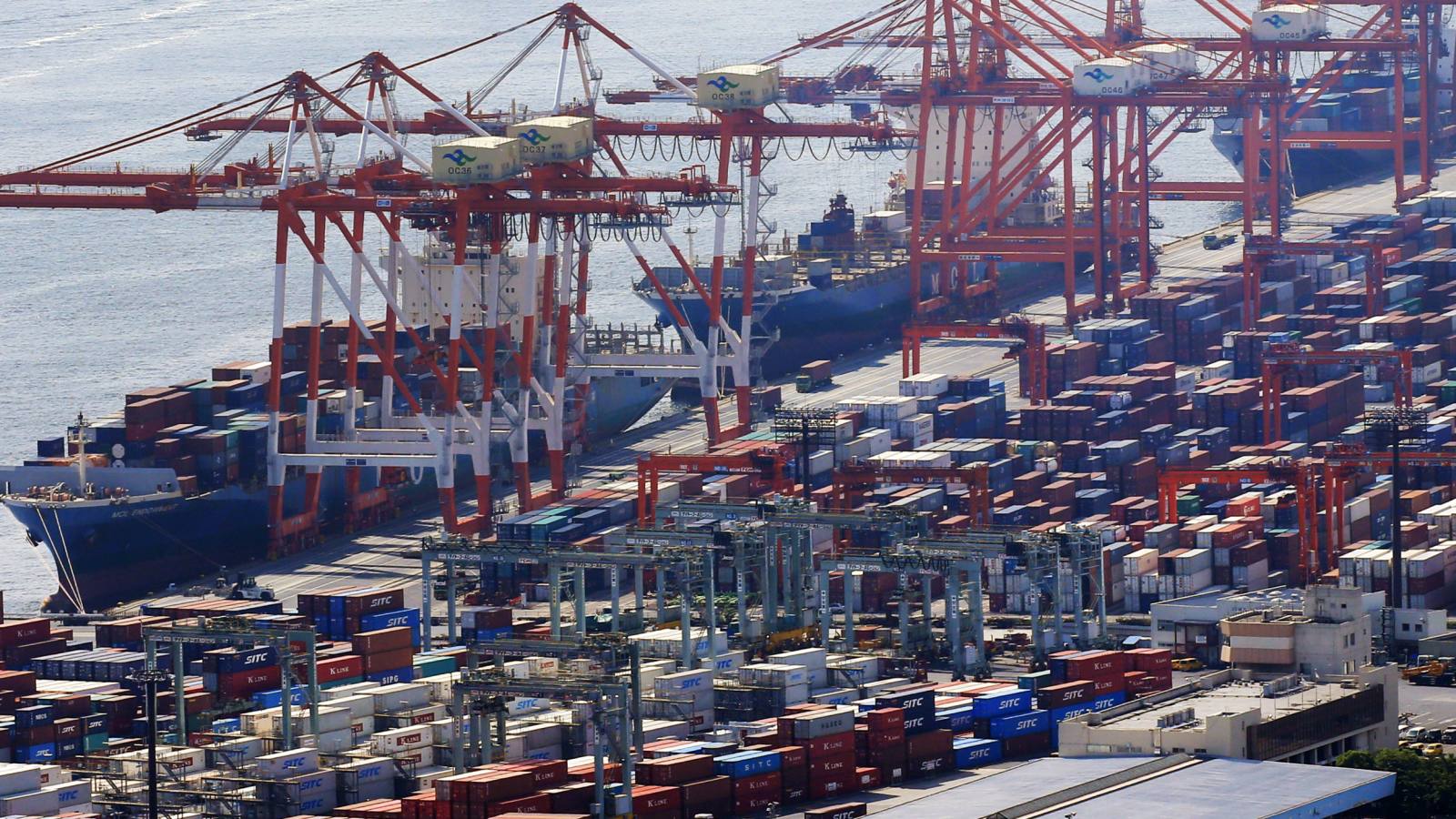 Trade barriers such as tariffs will all but vanish once TPP-11 is fully implemented. Canada will end its 6.1% tax on Japanese autos in five years, while Vietnam will phase out its 70%-plus duties on large Japanese vehicles over the course of a decade.

Japan will see levies on 99.9% of its industrial exports eliminated over time, as will 98.5% of tariffs on farm, forestry and fisheries products. Imports of Japanese liquor by Vietnam and Australia have more than tripled over the past decade, and the industry looks to raise shipments even higher as barriers fall, according to a source at the Japan Sake and Shochu Makers Association. Vietnam will eliminate levies on those products under TPP-11.

Japan will end import tariffs on nearly all textiles from the bloc -- a likely boon to nations such as Vietnam and Malaysia with robust textile industries. Japan will also cut its tariff on beef to 9% from 38.5% in the pact's 16th year.

A rival effort to TPP-11, the Regional Comprehensive Economic Partnership, is also taking shape. This pact would join the Association of Southeast Asian Nations with six other countries, including China, India, South Korea and Japan, covering 31.9% of global GDP and 28.8% of global trade. In Indonesia, many have pushed to give this pact priority over the trans-Pacific deal, drawn by the possibility of partnering with China, the world's second-biggest economy behind the U.S.

Japan has kept its distance in negotiations so far due to concerns about issues such as intellectual property rules. But momentum toward an agreement has begun to build of late, according to a negotiator.