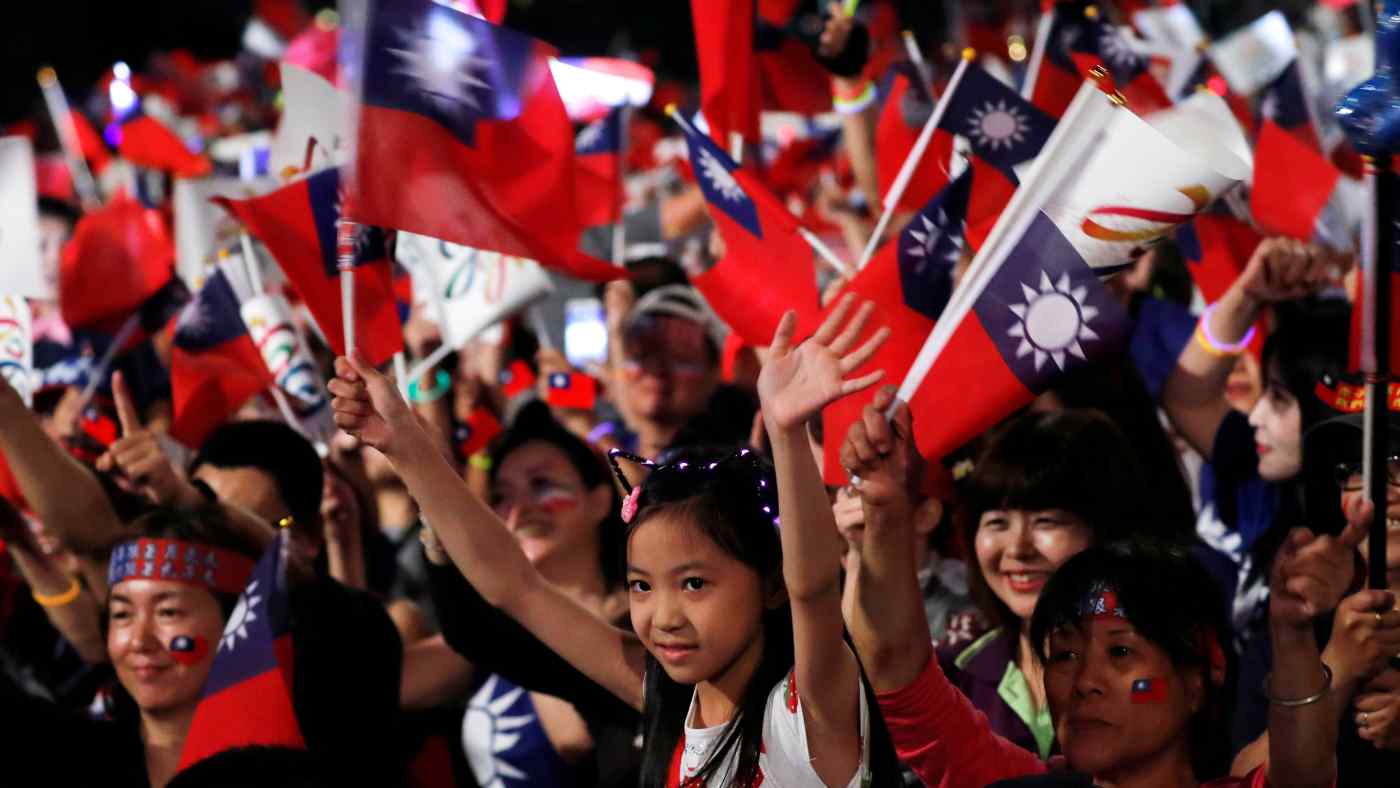 TAIPEI -- China is stepping up efforts to interfere with Taiwan's upcoming elections to block reelection of the anti-Beijing incumbent president, the island's foreign minister said Friday.

Beijing is intervening in Taiwan's Jan. 11, 2020, vote in various ways, from military intimidation and diplomatic isolation to a deluge of fake news, Joseph Wu told a news conference with foreign reporters.

Having learned many lessons, Taiwan is taking measures to combat Beijing's intervention, he said.

This past September, two allies switched allegiance to China as the Solomon Islands and Kiribati broke off diplomatic relations with Taipei. The moves left Taiwan recognized by just 15 countries, mostly small and relatively poor ones. But Wu indicated that Taiwan enjoys strong informal relations with powerful economies. Taipei's ties are at their best with countries sharing the same democratic values, such as the U.S., Japan and European nations, he said.

Still, Taiwan is concerned that some remaining allies are considering switching their diplomatic recognition to Beijing, Wu said, as Beijing bolsters its campaign to poach the island's supporters by dangling carrots.

To lure Taiwan's allies to build ties with them, China often makes and breaks promises involving huge sums of money, he said.

Asked about the Hong Kong protests, Wu said that Taiwan supports people demanding freedom and democracy, but that Taipei's options are very limited. He also fired back at Chinese charges of American and Taiwanese support for the demonstrators in Hong Kong, stating that Taipei is not intervening there.

Taiwan stands ready to support Hong Kong if necessary to protect human rights, Wu said. But if Taipei meddles in the protests, it would only give Beijing an excuse to further step up repression, he said.