'Countries in the region also have a better understanding,' says Tsai 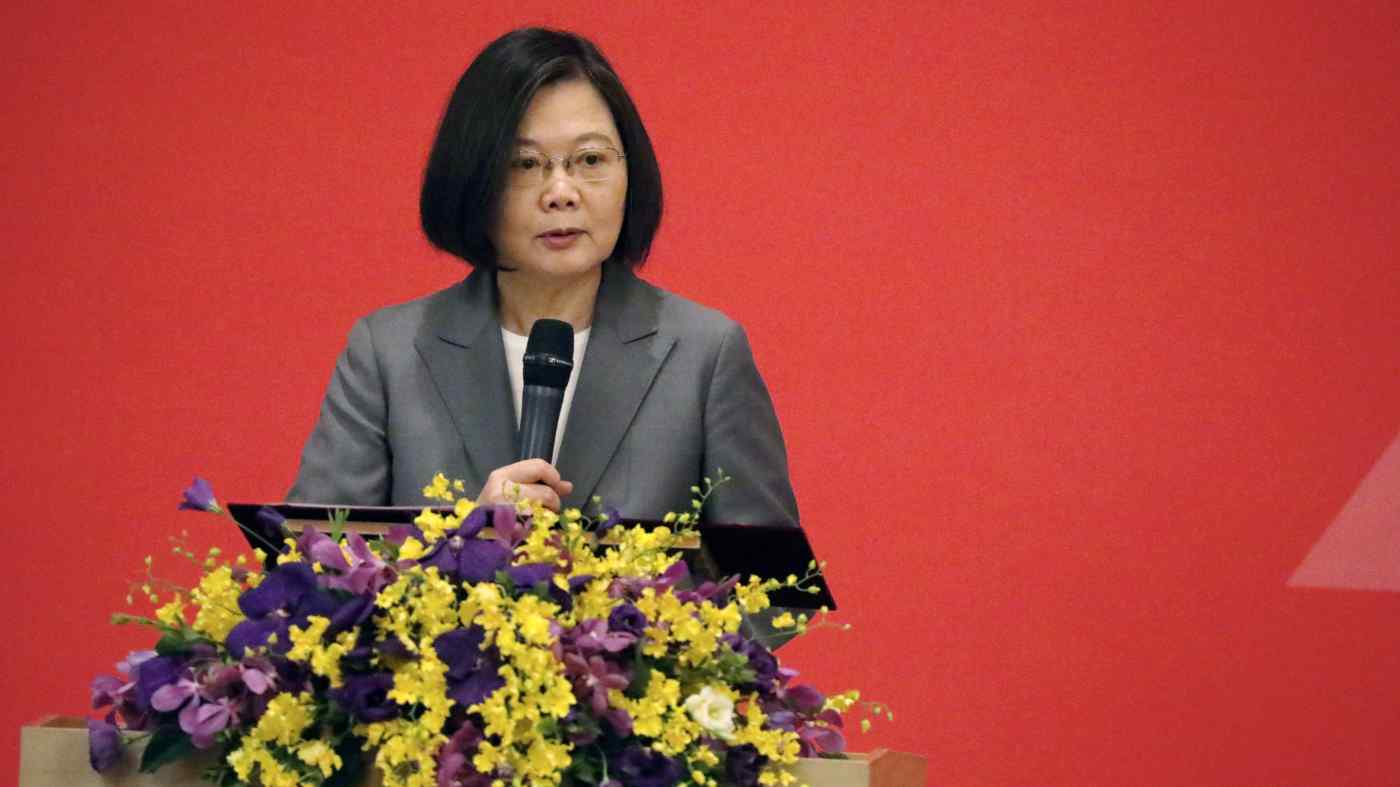 TAIPEI (Reuters) -- Two days of Chinese military aircraft approaching Taiwan demonstrate that Beijing is a threat to the entire region and have shown Taiwanese even more clearly the true nature of China's government, President Tsai Ing-wen said on Sunday.

Multiple Chinese aircraft flew across the mid-line of the Taiwan Strait and into Taiwan's air defence identification zone on Friday and Saturday, causing Taiwan to scramble jets to intercept. China claims Taiwan as its own territory.

At a news conference in Beijing on Friday about China's U.N. peacekeeping efforts, China announced combat drills near the Taiwan Strait and denounced what it called collusion between the island and the United States.

The exercises took place as U.S. Undersecretary for Economic Affairs Keith Krach was in Taipei, the most senior State Department office to come in four decades.

"I believe these activities are no help to China's international image, and what's more have put Taiwan's people even more on their guard, understanding even better the true nature of the Chinese Communist regime," she said.

"Additionally, other countries in the region also have a better understanding of the threat posed by China," Tsai added. "The Chinese Communists must restrain themselves, and not provoke."

China's air force on Saturday put out a video showing exercises by its nuclear-capable H-6 bombers, which have been involved in many Chinese fly-bys of Taiwan.

One montage shows a simulation of an H-6 attack against an air base that appears by its runway layout to be the main U.S. air force base on Guam.

Asked about that footage and China's decision to release it while Krach was in Taiwan, Tsai said China's recent activities were a threat broader than just to Taiwan.

"China's existence is indeed aggressive and will bring a definite threat."

In comments carried by Chinese state media from a forum on relations with Taiwan in the southeastern Chinese city of Xiamen, the number-four leader of the ruling Communist Party on Sunday did not directly mention the recent drills.

Wang Yang, who heads a largely ceremonial advisory body to China's parliament, reiterated that Taiwan independence was a dead end, and that "relying on foreigners to pump yourself up was to take a risk out of desperation".

"It will only bring Taiwan risks it cannot bear. We will not tolerate any harm to the country's sovereignty, security and development interests," Wang said in comments made by video.

Further friction seems likely as Taiwan and the United States continue to deepen relations, with Taiwan angling for a free trade agreement.

Taiwan Economy Minister Wang Mei-hua said on Sunday the island plans to hold a formal economic dialogue with the United States, after having what she called informal talks with Krach and his team on issues like supply chain restructuring.