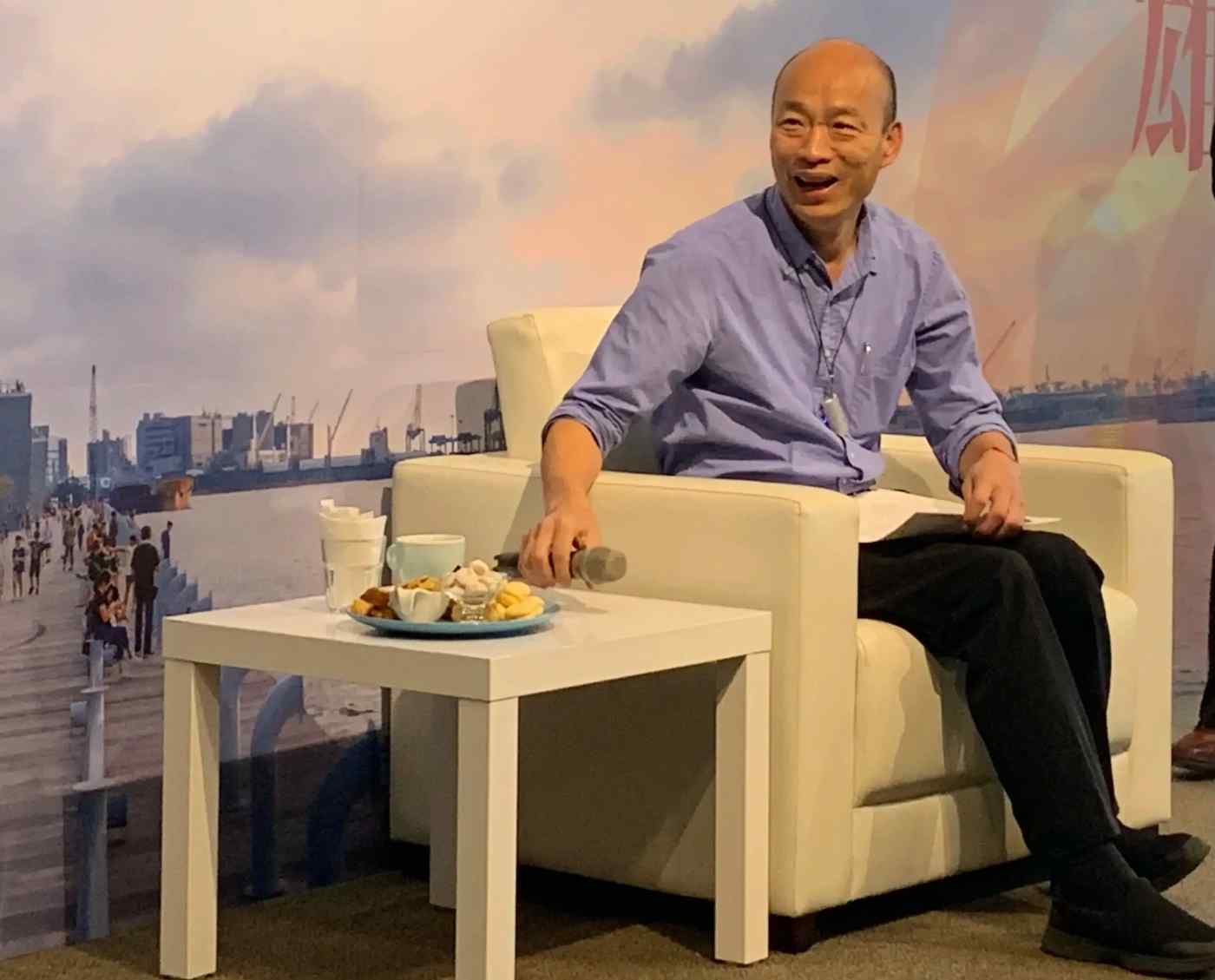 KAOHSIUNG, Taiwan -- The favorite to win Taiwan's presidential election next year has hit out at incumbent Tsai Ing-wen's "wrong approach" on relations with China, saying that the island should enter peace talks with Beijing.

Kaohsiung City Mayor Han Kuo-yu, of the China-friendly opposition Kuomintang (KMT), told foreign journalists on Friday that it was "inevitable" for Taiwan to negotiate a peace treaty, while warning that time was running out.

"Taiwanese people have less and less time to avoid discussing a peace treaty [with Beijing]," said the mayor who came to office just two months ago. "Why? Because the dynamics of cross-strait relations are becoming more and more volatile."

Han did not expand on what a treaty would entail and did not explicitly say whether signing a treaty with China implied that he would seek recognition of Taiwan's diplomatic status.

The mayor said he supported the 1992 consensus -- which acknowledges that Taiwan and China are both part of "One China," with each side free to interpret what that means. Han said that the majority of Taiwanese would not accept the unification sought by Beijing and most would want to maintain the status quo.

While he refused to say whether he would run for office, his comments can be interpreted as him setting out his cross-strait policies ahead of a possible bid. His stance puts him in stark contrast to Tsai, who has angered Beijing by pushing back against Chinese President Xi Jinping's demands for eventual unification.

Han ended the ruling Democratic Progressive Party's decades-long reign in the southern Taiwanese city of Kaohsiung in November's local elections. His meteoric rise has continued. In a poll published this week by Apple Daily, Taiwan's largest newspaper, he scored the highest approval rate of 35.1% for a presidential election slated for January 2020. This puts him ahead of Tsai, on 22%, and other KMT hopefuls.

His remarks on cross-strait relations came after KMT Chairman Wu Den-yih said this week that his party could ink a "peace treaty" with Beijing if one of its candidates wins the presidency.

The ruling DPP slammed Wu's comments, saying any peace agreement signed under threat by an enemy equates to a "surrender." Beijing's Taiwan Affairs Office has not yet responded to the KMT leader's remarks.

China sees Taiwan as a wayward province and has never ruled out the use of force to take over the island. Tensions between Beijing and Taipei soared in early January after the presidents of both sides ramped up their rhetoric over the issue of Taiwan's sovereignty. On Tuesday, Tsai told an interview with CNN that she would run for a second term. She also said the military threat posed by China was growing in tandem with a more assertive policy under Xi.

"If it's Taiwan today, people should ask 'who's next?'" Tsai said. "Any country in the region, if it no longer wants to submit to the will of China, would face similar military threats."

Mayor Han used the briefing on Friday to directly attack the president.

"Keep buying weapons, provoking the other side and telling people [negative things] about the other side of the strait... this is the wrong approach," Han added.