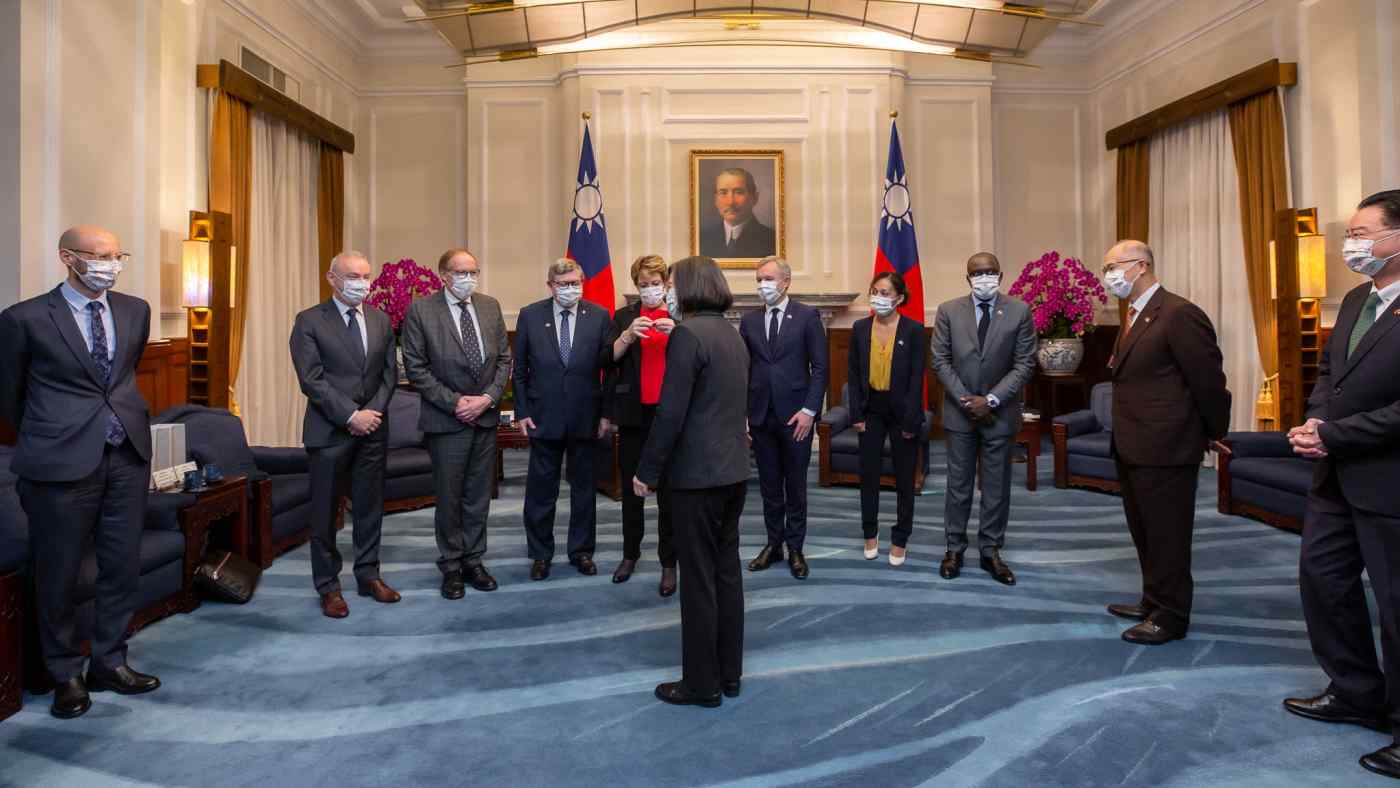 TAIPEI (Reuters) -- Taiwan hopes for progress on trade talks with the European Union next year when France takes over the bloc's presidency, and democracies must work together in the face of authoritarianism, President Tsai Ing-wen told French lawmakers on Thursday.

Taiwan has been keen to boost its ties with other Western democracies as it faces rising military and diplomatic pressure from China to accept Chinese sovereignty claims over the island.

The EU included Taiwan on its list of trade partners for a potential bilateral investment agreement in 2015, the year before Tsai first became Taiwan's president, but has not held talks with Taipei on the issue since.

The EU in September pledged to seek a trade deal with Taiwan, part of its formal strategy to boost its presence in the Indo-Pacific and counter China's rising power.

Speaking to a group of visiting French parliamentarians at her office in Taipei, Tsai noted that France assumed the EU's rotating presidency next year.

"We hope the EU, under the leadership of France, can continue to promote Taiwan and the EU's negotiation of a bilateral investment agreement, or BIA, to open a new cooperative relationship between Taiwan and the EU," she said.

Tsai, meeting the group led by France-Taiwan Parliamentary Friendship Group head Francois de Rugy, did not directly mention China, but called on democracies to stick together.

"In the face of a rapidly changing international situation and the continued spread of authoritarianism, democratic partners should even more join hands together in cooperation," she said.

"Taiwan will fulfil its international responsibilities and looks forward to working with France and EU partners with similar ideals to make more contributions to the peace and stability of the Indo-Pacific region."

The French trip comes as China is involved in an increasingly ugly spat with EU member state Lithuania about the Baltic state's decision to allow Taiwan to open a de facto embassy there.

Lithuania's diplomatic delegation to China left the country on Wednesday in a hastily arranged exit in a further souring of relations.