'Cost and attrition' will be lowest for Beijing that year: defense minister 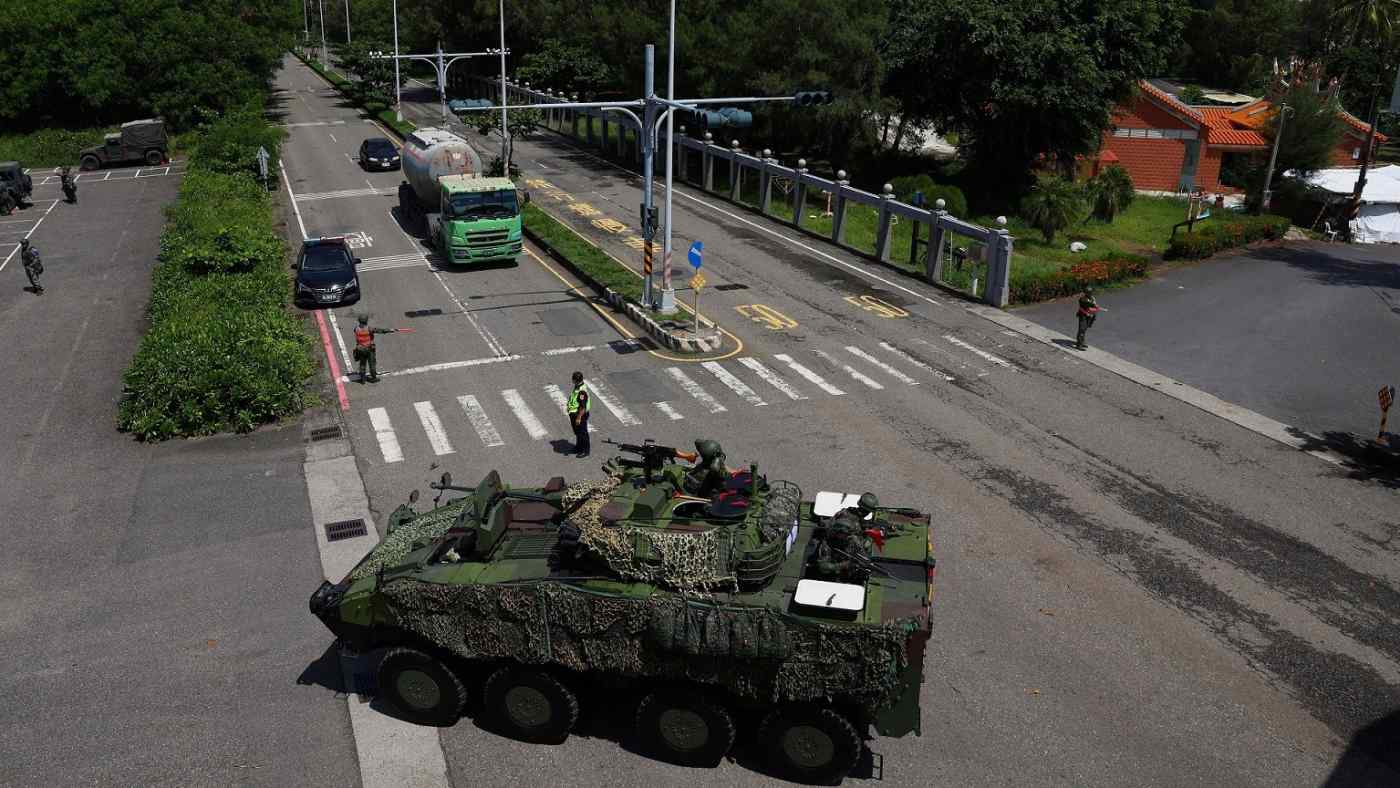 TAIPEI (Reuters) -- Military tensions with China are at their worst in more than 40 years, Taiwan's defense minister said on Wednesday, promoting a new arms spending package to lawmakers days after record numbers of Chinese aircraft flew into the island's air defense zone.

Tensions have hit a new high between Taipei and Beijing, which claims the democratic island as its own territory, and Chinese military aircraft have repeatedly flown through Taiwan's air defense identification zone, though no shots have been fired and the planes have stayed away from mainland Taiwan.

Over a four day period beginning last Friday, Taiwan reported close to 150 Chinese air force aircraft entered its air defense zone, part of a pattern of what Taipei calls Beijing's continued harassment of the island. Just one incursion was reported on Tuesday.

Asked by a lawmaker on the current military tensions with China at the parliament, Defense Minister Chiu Kuo-cheng said the situation was "the most serious" in more than 40 years since he joined the military, adding there was a risk of a "misfire" across the sensitive Taiwan Strait.

"For me as a military man, the urgency is right in front of me," he told a parliamentary committee reviewing an extra military spending plan worth T$240 billion ($8.6 billion) over the next five years for home-made weapons including missiles and warships. Taiwan Defense Minister Chiu Kuo-cheng says the situation is "the most serious" in more than 40 years since he joined the military.   © Reuters

However, while Taiwan has complained repeatedly about China's planes harrying them, the situation is far less dramatic than the crisis ahead of the 1996 presidential election, the last time the two were on the brink of war.

China says Taiwan should be taken by force if necessary. Taiwan says it is an independent country and will defend its freedoms and democracy, blaming China for the tensions.

Chiu said China already has the ability to invade Taiwan and it will be capable of mounting a "full scale" invasion by 2025.

"By 2025, China will bring the cost and attrition to its lowest. It has the capacity now, but it will not start a war easily, having to take many other things into consideration."

U.S. President Joe Biden said on Tuesday he had spoken to Chinese President Xi Jinping about Taiwan and they agreed to abide by the Taiwan agreement.

Biden appeared to be referring to Washington's long-standing "one-China policy" under which it officially recognizes Beijing rather than Taipei, and the Taiwan Relations Act, which makes clear that the U.S. decision to establish diplomatic ties with Beijing instead of Taiwan rests upon the expectation that the future of Taiwan will be determined by peaceful means.