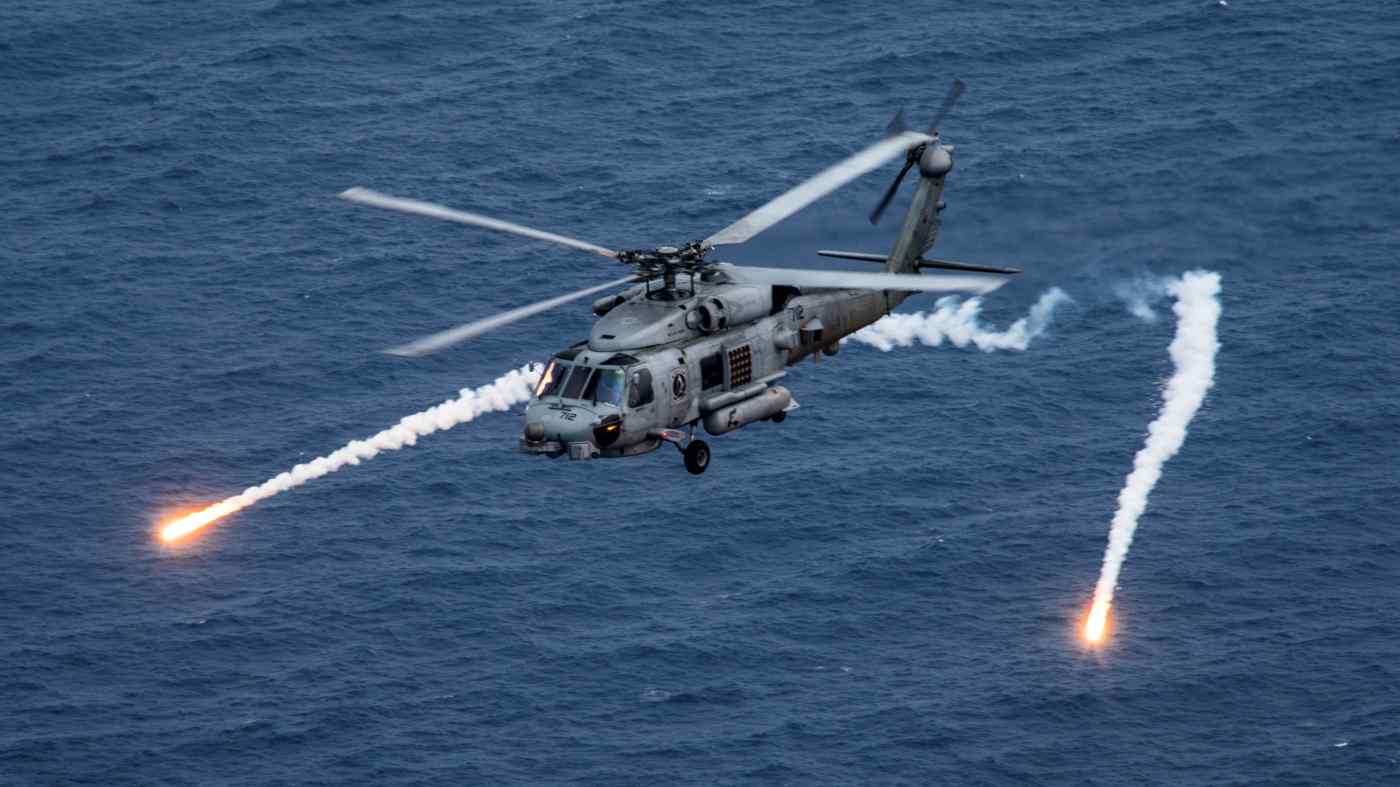 TAIPEI (Reuters) -- Taiwan signaled on Thursday that it had abandoned a plan to buy advanced new anti-submarine warfare helicopters from the United States, saying they were too expensive.

Taiwan had earlier said it was planning to buy 12 MH-60R anti-submarine helicopters, made by Lockheed Martin unit Sikorsky, but domestic media said the United States had rejected the sale as not being in line with the island's needs.

"The price is too high, beyond the scope of our country's ability," he said.

The Raytheon Technologies' Stingers are in hot demand in Ukraine, where they have been used against Russian aircraft, but U.S. supplies have shrunk and there are significant hurdles to producing more of the anti-aircraft weapons.

Chiu said they had already signed the contract for the Stingers and paid for them, and they would press the United States to deliver them.

"We don't view arms sales as a trifling matter, and we have backup plans," he added, without elaborating.

Taiwan says the United States has offered it alternatives to the M109A6, including truck-based rocket launchers made by Lockheed Martin called the High Mobility Artillery Rocket System, or HIMARS.

Chiu said they were still considering their options on that.

Taiwan, claimed by China as its own territory, is undertaking a military modernization program to improve its capabilities to fend off a Chinese attack, including with precision weapons like missiles.

President Tsai Ing-wen has championed the concept of "asymmetric warfare", which involves developing high-tech, highly mobile weapons that are hard to destroy and can deliver precision attacks.

U.S. officials have been pushing Taiwan to modernize its military so it can become a "porcupine," hard for China to attack.

China has been ramping up its own military modernization and pressure against Taiwan as it seeks to force the democratically governed island to accept Beijing's rule.

Chiu said that recently -- he did not give a time frame -- there were many "enemy ships" in the waters around Taiwan, which "in principle stand off" with Taiwanese forces, though he did not give details.

Eight Chinese naval vessels, including the aircraft carrier the Liaoning, passed between islands in Japan's southern Okinawa chain on Monday, an area that is to Taiwan's northeast.