Foreign Minister Wu plays down threat of conflict with China, but stresses preparedness 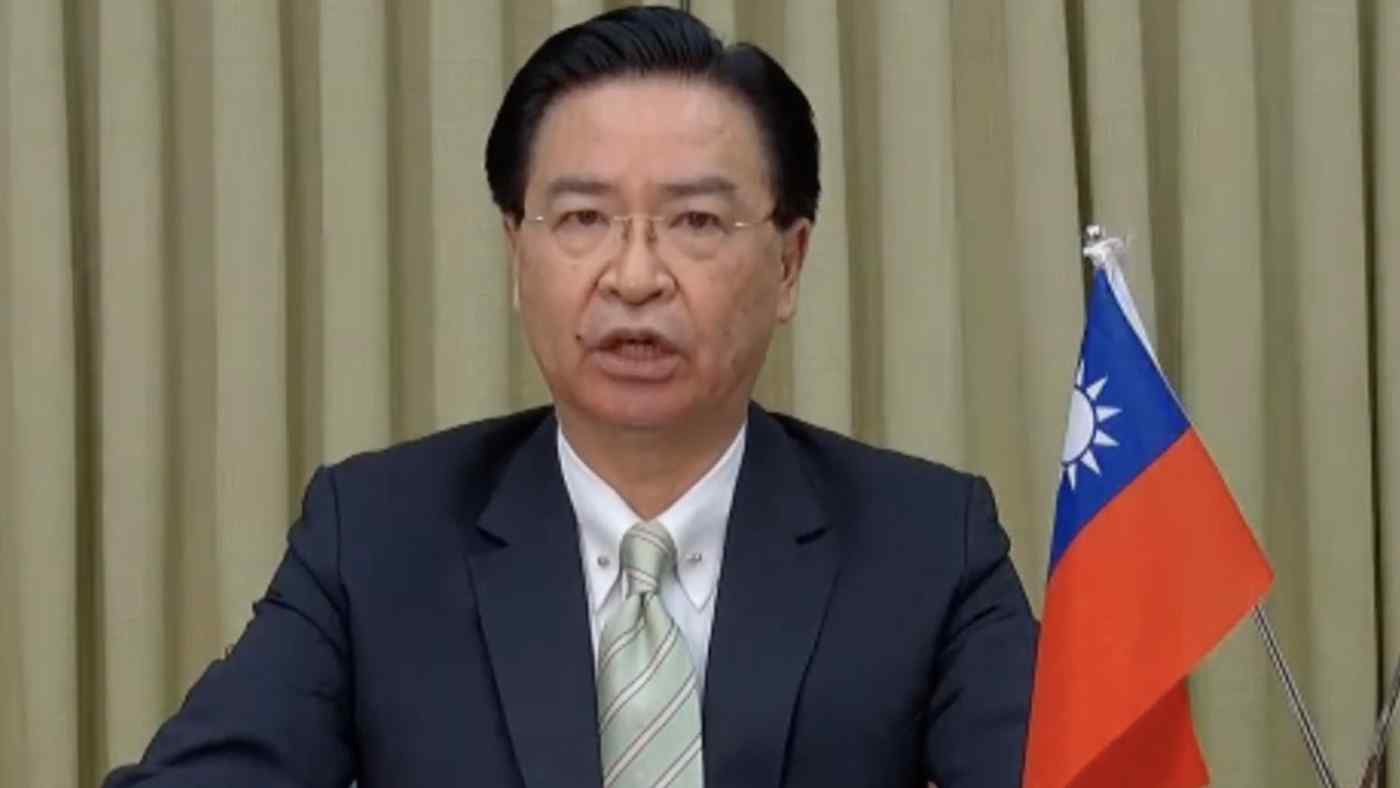 TAIPEI/TOKYO-----Taiwanese Foreign Minister Joseph Wu said the island's lack of vaccines is a security issue for the global economy.

"The government here is working very hard to persuade the international community that Taiwan is facing a very unique situation, and it's just not a public health issue," Wu said Thursday at an online press conference at the Foreign Correspondents' Club of Japan. "It's also a security [issue] for the international economy."

Speaking from the Foreign Ministry in Taipei, Wu said there was "strong public opinion" for Taiwan to leverage its strong chip industry presence in exchange for critical medical supplies. But he said it is not easy for Taiwan -- an important source of advanced semiconductors that go into cars, smartphones, computers and data center servers -- to trade chips for vaccines.

"In the real business world, it might not operate that way," Wu told reporters. "We try to let the providers of vaccines understand Taiwan's contributions to the international community because Taiwan has been providing computer chips to many countries, you know, for example in the automobile industries, [as] there was a real shortage," he said.

The governments of Germany, the U.S. and Japan -- all major automaking economies -- earlier this year asked Taiwan to help prioritize semiconductor production for automotive chips, as the unprecedented global crunch has led many major automobile makers such as Ford, General Motors, Daimler and Nissan to cut production.

The minister said the governments of the U.S. and Germany are trying to help and be supportive for Taiwan to acquire sufficient amounts of vaccines, and Taiwan appreciates Japanese Foreign Minister Toshimitsu Motegi's remarks that his country was seriously considering donating surplus vaccines to the island.

"Taiwan and Japan are very good friends with each other. In times of need, especially, natural disasters, we always try to reach out to each other, and we will maintain the kind of close relations with each other," he said.

The minister said Taiwan is still negotiating with all the vaccine providers. The island, he said, is betting big on domestically developed vaccines that may be available as early as the end of July. But is unlikely that democratic Taiwan, which China views as a part of its territory, will receive significant support from COVAX, a global COVID vaccine sharing platform led by the World Health Organization.

"So far, the vaccines provided by COVAX are a very small amount, and they are not there in time. And I don't think that COVAX is going to provide Taiwan with more vaccines at this moment," the minister said, adding that many countries are facing similar issues with Taiwan.

Taiwan, which has a population of more than 23 million, has received three batches of AstraZeneca vaccines, or more than 720,000 doses, via COVAX since March to as of June 3. Another 150,000 doses of Moderna, which Taiwan acquired from the vaccine provider, arrived on the island on May 28.

About 560,000 people in Taiwan, or 2.38% of the total population, have received the first dose of COVID vaccines as of Wednesday.

Earlier this week, China said Taiwan should not use COVID vaccines as a political tool, while the ruling party in Taipei said Beijing was the "black hand" intentionally preventing the island getting doses.

The remarks by Wu came as Taiwan suffers surging local COVID cases recently. The number of locally transmitted cases increased 7,579 between May 11 and as of Thursday, while the death toll grew to 166. The U.S. is ratcheting up warnings that there is a risk of war across the Taiwan Strait, with Admiral Philip Davidson, former commander of U.S. forces in the Indo-Pacific, said in March that the threat of a Chinese attack on Taiwan "is manifest during this decade, in fact in the next six years."

While Wu played down the threat, he also talked of the need for Taiwan to be ready.

He also stressed that Taiwan should not have to rely on outside support in the event of conflict.

"Taiwan views its own defense as its own responsibility," Wu said. "So, if there's going to be a war in between Taiwan and China. We will fight the war, ourselves, and if other countries will come to our aid that will be highly appreciated, but we will fight the war for our own survival, and for our future."

Amid the U.S.-China trade and tech dispute, Taipei and Washington have drawn closer in recent years. Sales of arms to Taiwan increased under former President Donald Trump, and Wu hinted that Taiwan planned to buy more weapons.

"In the last few years, negotiations for Taiwan to obtain defensive weapons from the United States has been going very well. The discussions between Taiwan and the United States for the sale of weapons is now a regular procedure," Wu said.

"We need to also look at ourselves and how we can change our strategy from a traditional way of defense, into a more symmetrical way of defense, and I think we are making tremendous progress on this issue," he added. "We need to engage with the United States to see what is a blindside on Taiwan that we need to make improvements upon."