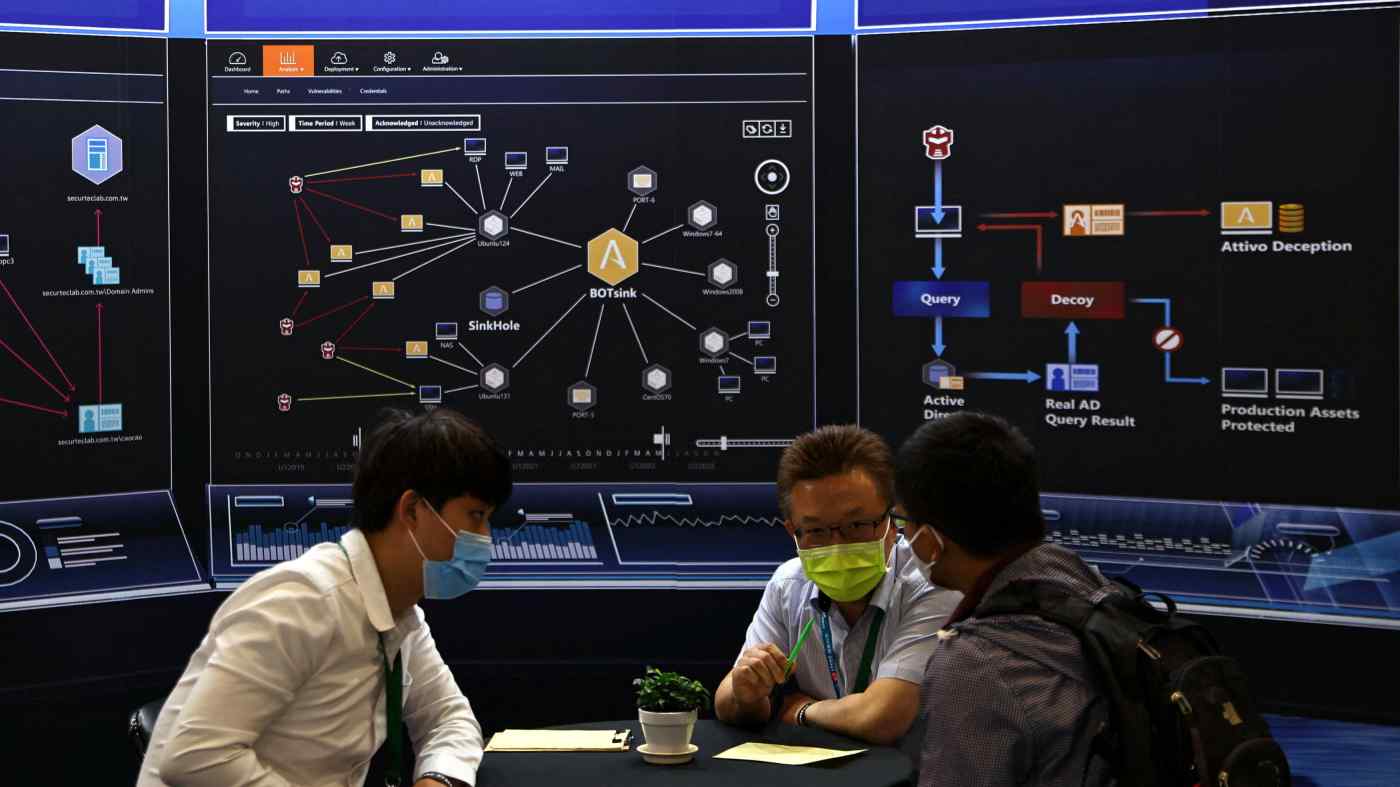 A Taipei cybersecurity conference in September. The island was the target of 1.4 billion cyberattacks between September 2019 and August 2020, according to the National Institute for Defense Studies.   © Reuters
RYO NEMOTO, HIDEAKI RYUGEN and YU NAKAMURA, Nikkei staff writersNovember 26, 2022 04:14 JST | Taiwan
CopyCopied

TOKYO/TAIPEI -- China's armed forces are increasingly engaging in nonmilitary warfare on Taiwan that weaponizes disinformation and psychological manipulation, according to a report released Friday by a Japanese Defense Ministry think tank.

The annual China Security Report, published by the National Institute for Defense Studies (NIDS), focuses on the cognitive warfare being adopted by the Chinese Communist Party. That approach propagates information useful to the party through social media platforms and cyberspace.