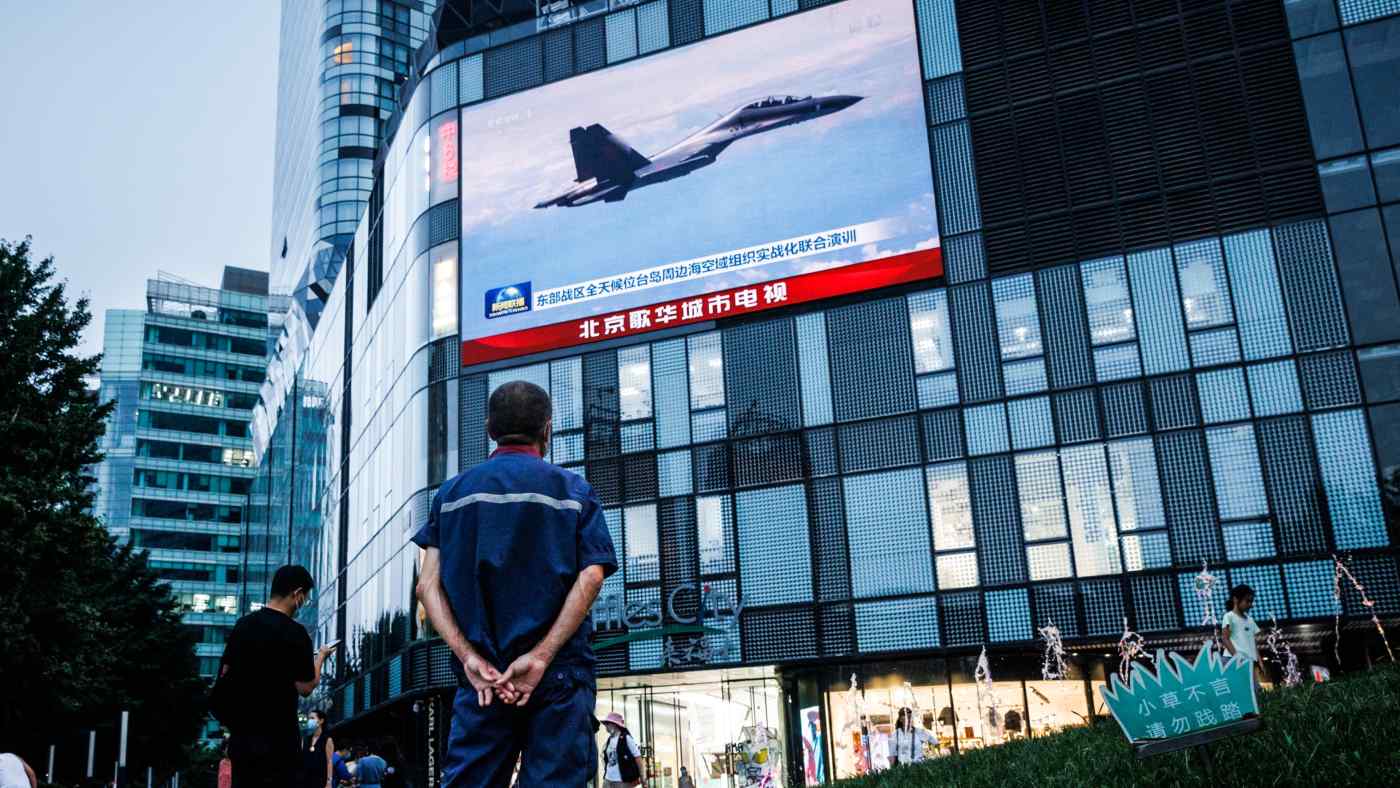 A news broadcast in Beijing shows military operations near Taiwan on Aug. 3. The drills were the largest ever held around the self-ruled island.   © Reuters
CK TAN, Nikkei staff writerAugust 10, 2022 18:56 JSTUpdated on August 10, 2022 20:50 JST | China
CopyCopied

The People's Liberation Army had been holding live-fire war games, including the firing of ballistic missiles around Taiwan, which China claims as its own. The moves triggered accusations from U.S.-backed Taipei that Beijing was upending the status quo in the sensitive strait between the island and its giant neighbor.