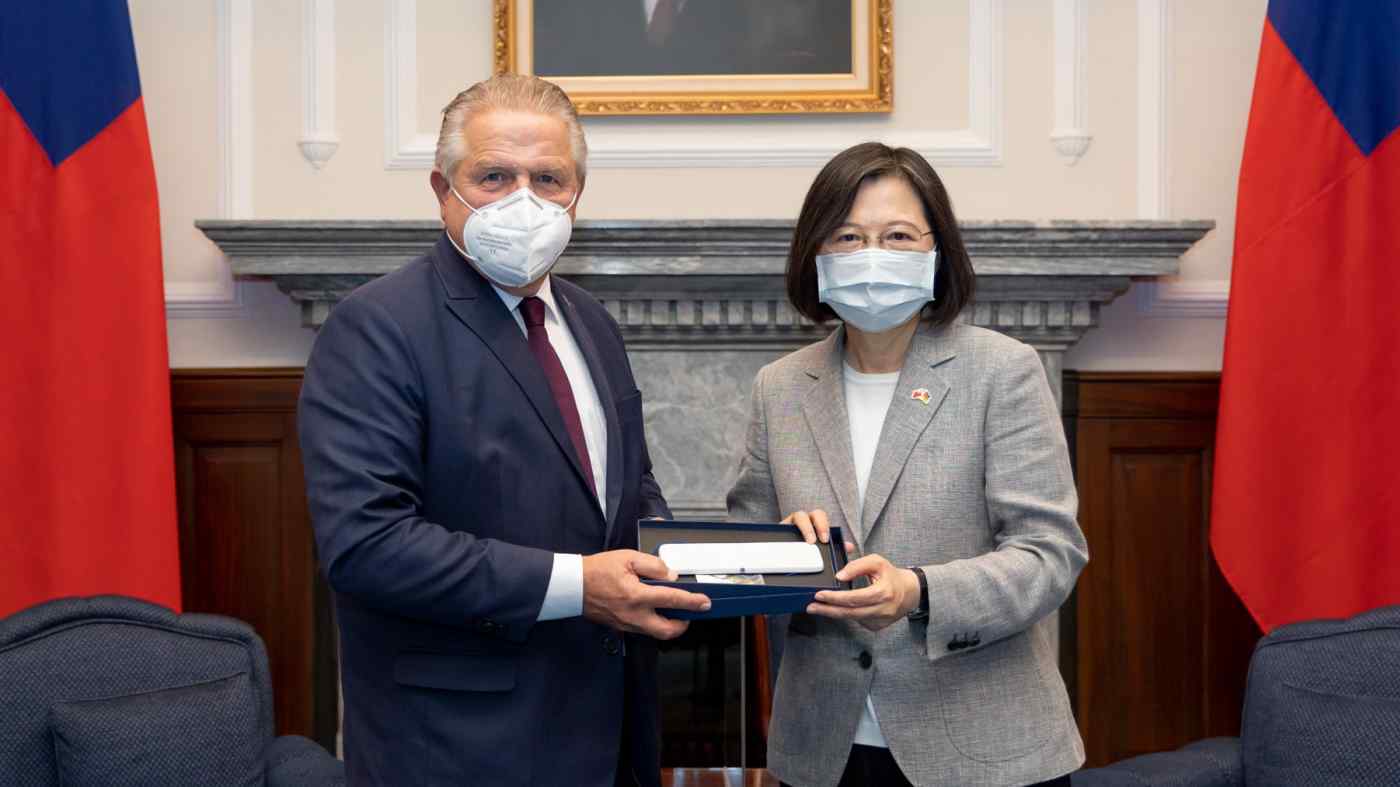 TAIPEI (Kyodo) -- Taiwan President Tsai Ing-wen on Monday sought to deepen relations with Germany in response to Russia's aggression against Ukraine and Chinese pressure on the democratic self-ruled island.

In a meeting with a German parliamentary delegation in Taipei, Tsai warned of the global spread of authoritarianism and said, "It is precisely for this reason that all democratic countries should unite and cooperate to jointly defend values such as freedom and democracy."

Video of the meeting was released by Taiwan's Presidential Office.

The German delegation is led by Klaus-Peter Willsch, who heads the Germany-Taiwan Parliamentary Friendship Group.

Tsai thanked the delegation for visiting Taiwan at a critical time, which she said bore particular significance because it is the first visit by German parliamentarians since the COVID-19 pandemic began in late 2019.

Tsai also called the lawmakers' group and the German federal parliament an "important force for Taiwan."

Describing Taiwan as "an important friend of Germany," Willsch said through an interpreter that it is important for Berlin to engage in bilateral cooperation and exchanges with Taipei, especially by strengthening diplomatic relations.

On Russia's invasion of Ukraine, Willsch praised the bravery of Ukrainian men and women in defending their country, freedom and democracy.

As some have expressed concern that Chinese President Xi Jinping may imitate Russia and pursue military means to seize Taiwan, Willsch underscored the German parliament's opposition to unilateral attempts to change the status quo in the Taiwan Strait.

"If Taiwan is under military threat, we will bravely stand up to assist Taiwan and support Taiwan," he said.

Willsch said the people of Taiwan should be very proud of their democratic development, which he said is "of great significance in Asia."

He also commended Taiwan for its economic performance, particularly with regard to semiconductors, saying that without them "global industry may have a big problem."

The seven-person cross-party delegation arrived on Sunday for a five-day visit.

The group will also meet with other senior leaders and visit the legislature, think tanks and security organizations.